Skip to content
Table Of Contents hide
1 1) Brad Pitt:
2 2) Ben Affleck’s Salt n Pepper Beard:
3 3) Bradley Cooper:
4 4) Hugh Jackman:
5 5) Edris Elba:
6 6) Jason Momoa:
7 7) Justin Theroux:
8 8) Pierce Brosnan:
9 9) Chris Hemsworth’s Scruffy Beard:
10 10) Mark Ruffalo:
Beard is something that every man desires and if you think that women have more makeup then you may not know that men have a lot of beard styles to flaunt. Even if a man is imperfect but still his beard look can make him perfect and there is no doubt in the statement that the generation is changing. Even women are no more interested in shaved men rather they get attracted to a man who has a fuller beard.
So even celebrities are into this trend and nowadays almost every star is rocking their beard look and they look dashing for sure. Now you must be wondering about some of the best Celebrities With Beards then here are some of the best beard celebrities listed below that you need to check out. 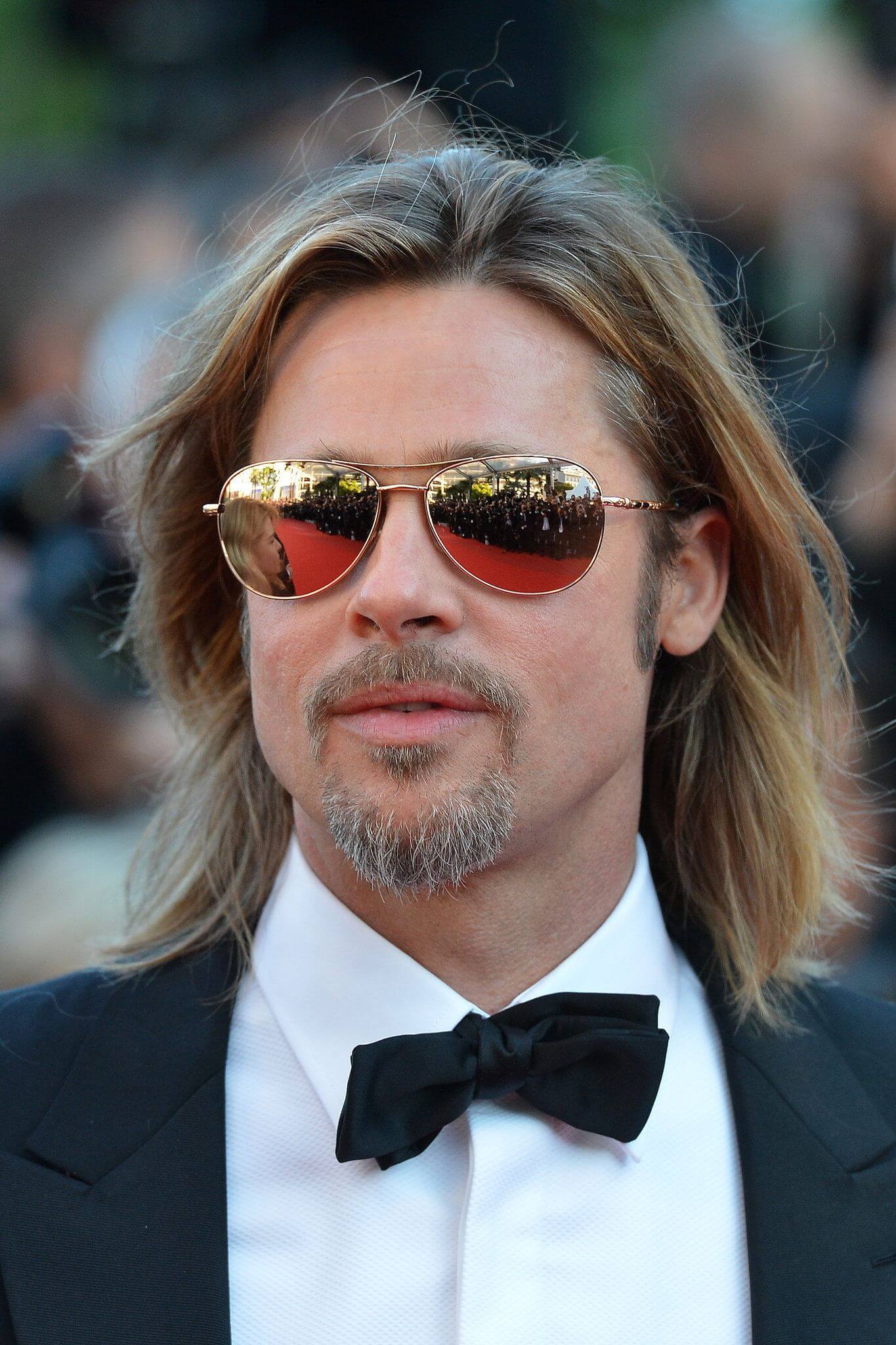 Brad Pitt is one of the handsome actors of Hollywood and is very stylish as well and you can actually stop him in different bread styles and he is the one who actually made many beard style trendy and even you can copy his beard style to look cool as well as dashing at the same time. Here in this look, you would see that Pitt has kept mustache which is attached to the chin beard forming round like shape and the rest of his face has been kept clean and shaved. Here Pitt kept his hairs long in with this beard style and all overlook came up to be perfect and it is not only cool but at the same time it is just like a perfect hunk and the best thing is that he didn’t dye his beard or mustache rather kept them natural. 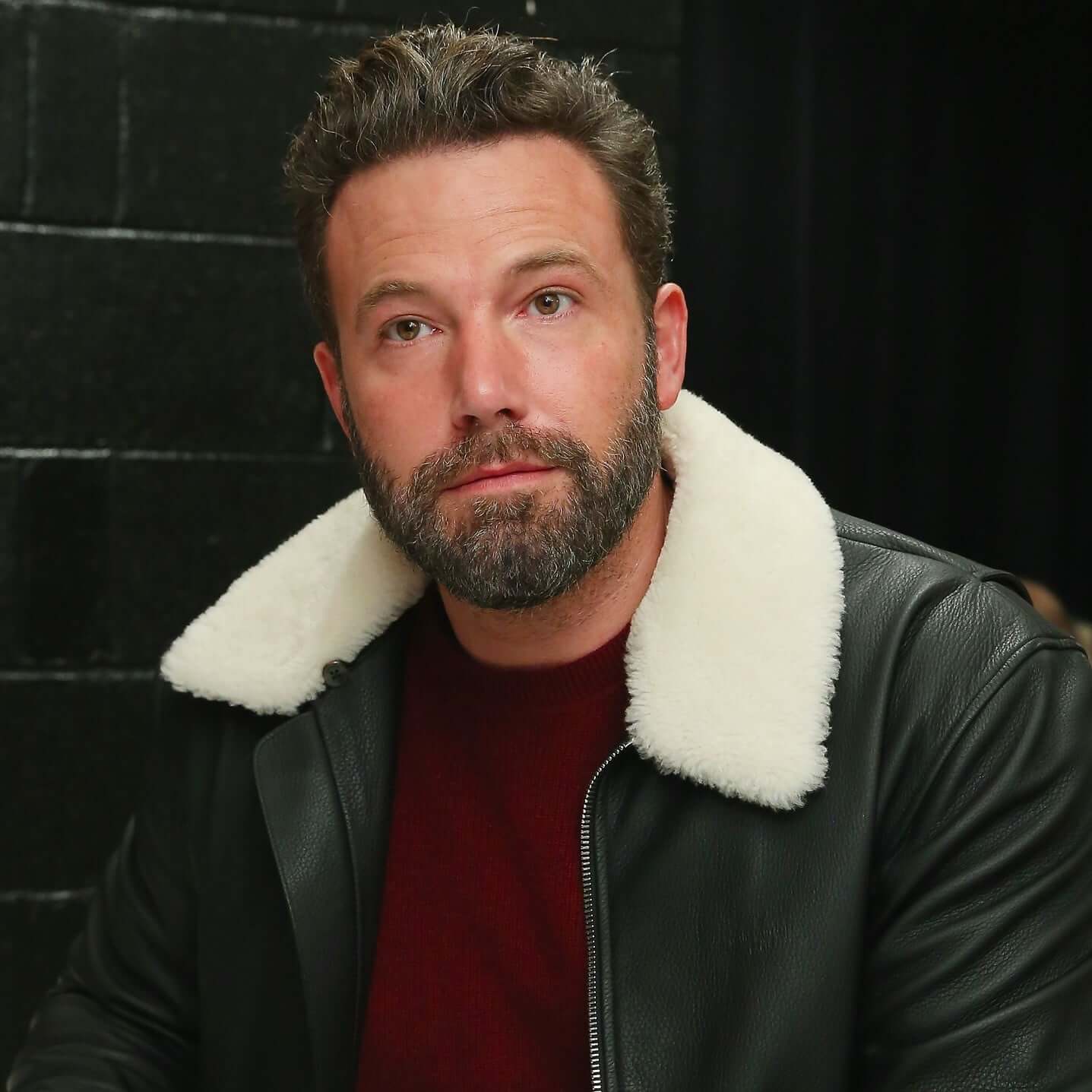 This man has already named many awards after his name with his amazing look and of course, talent and he has also been nominated for the sexiest man of the year many times by people’s choice magazine and it is for sure that he deserves to be there and his looks perfectly justifies the honor that he gets chosen for. This man is known for the different beard styles and also he has experimented with many beard length as well which is a great thing so if you would follow him then you would be able to get many beard style ideas for yourself. He has got a strong jawline which actually complements many beard styles and even here he choose the salt n pepper beard style where he kept the beard length medium and here he has his mustache joined with the beard and the reason behind the name of the beard style is that one beard hairs are in grey color and some are in black color which actually looks like salt n pepper. 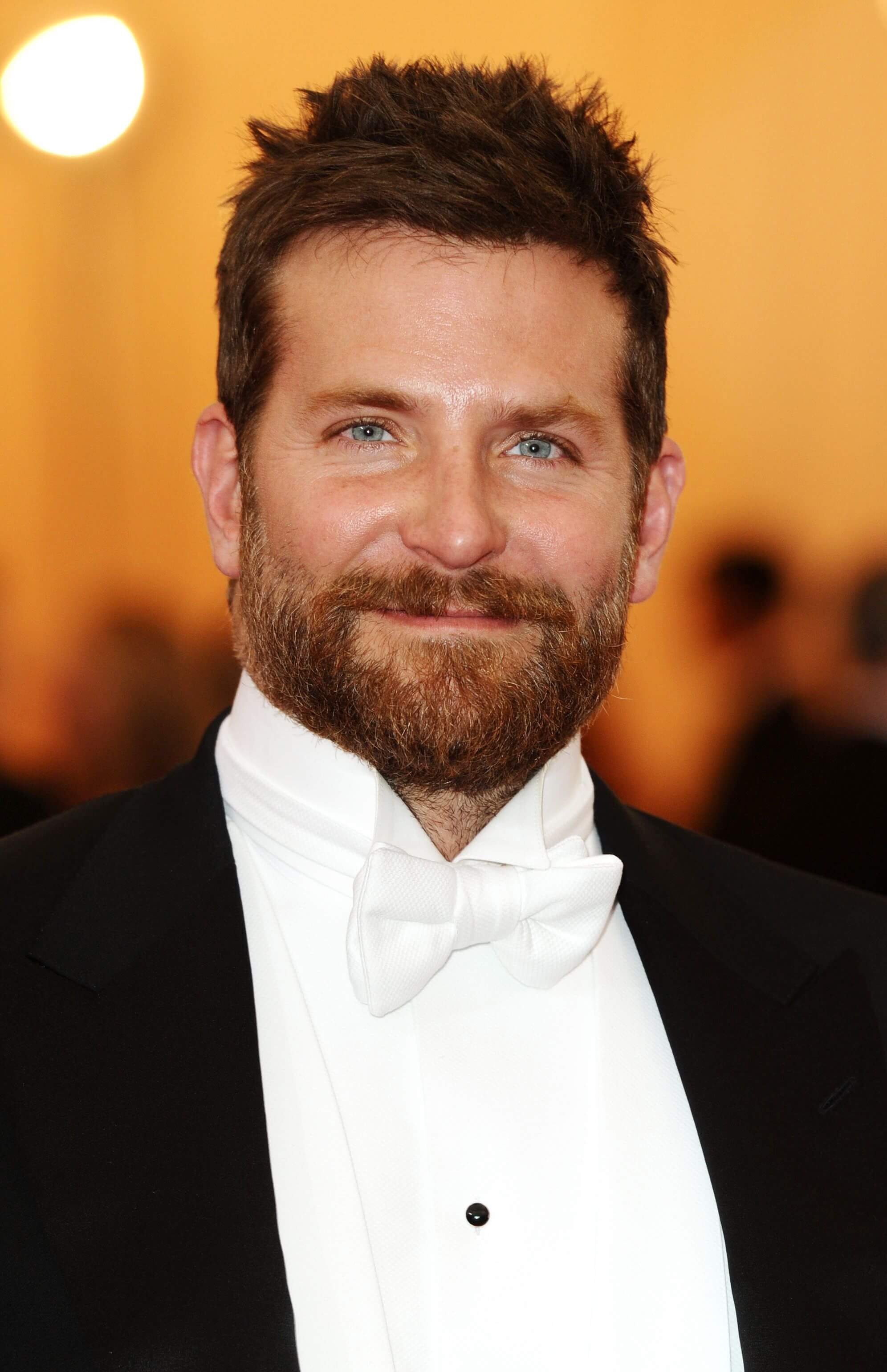 If you are listing down the best actors with the beard and miss the name of this handsome hunk then you are simply not justifying the listing for sure as this man can rock any beard look like a pro. He already showed or flaunted in many amazing beard looks and when it comes to setting style then he is the one who can actually set beard styles and it is for sure that many people might have already started to copy his bard style so you can do the same as well to look dashing as well as cool. Here he kept full face medium length beard which actually covered most of this face and also the beard went down till neck which made them look more attractive for sure. 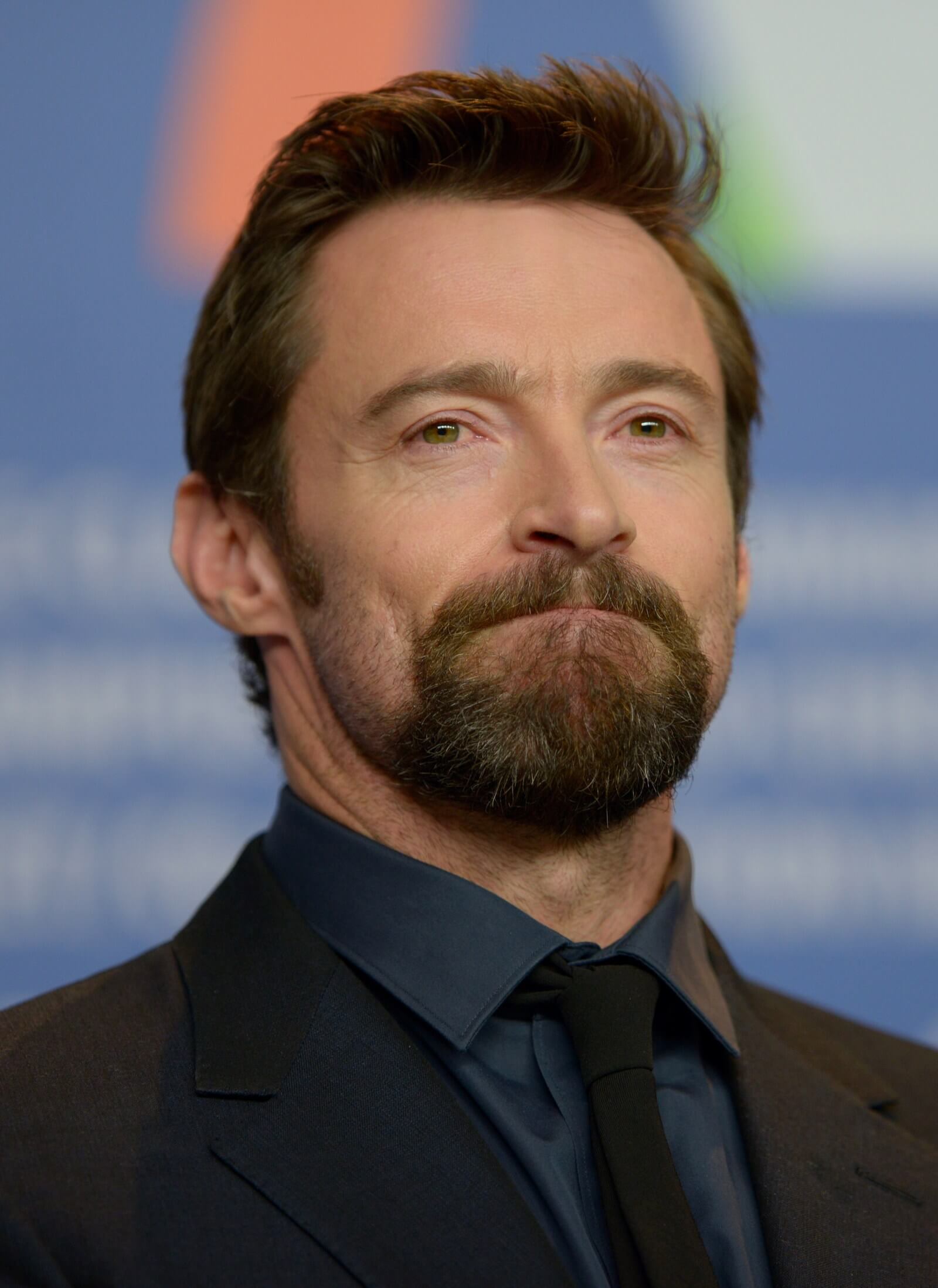 This handsome hunk is actually known for his role as the wolverine as well as for X-men movie and since then he kept on blowing his fan’s mind with not only his talent but also with his great look and he never failed to impress people with his beard looks and even if he is not in movies these days but still he kept the limelight by his side with his changing beard styles which actually proves to be the best beard styles. Here he kept his look kind of clean with mid-length beard on the chin an heavy moustache that is connected with the beard at the chin and also he kept some trimmed beards at the lower line which basically made the cool dashing as well as hot at the same time and this is so trending look that even you can have this. 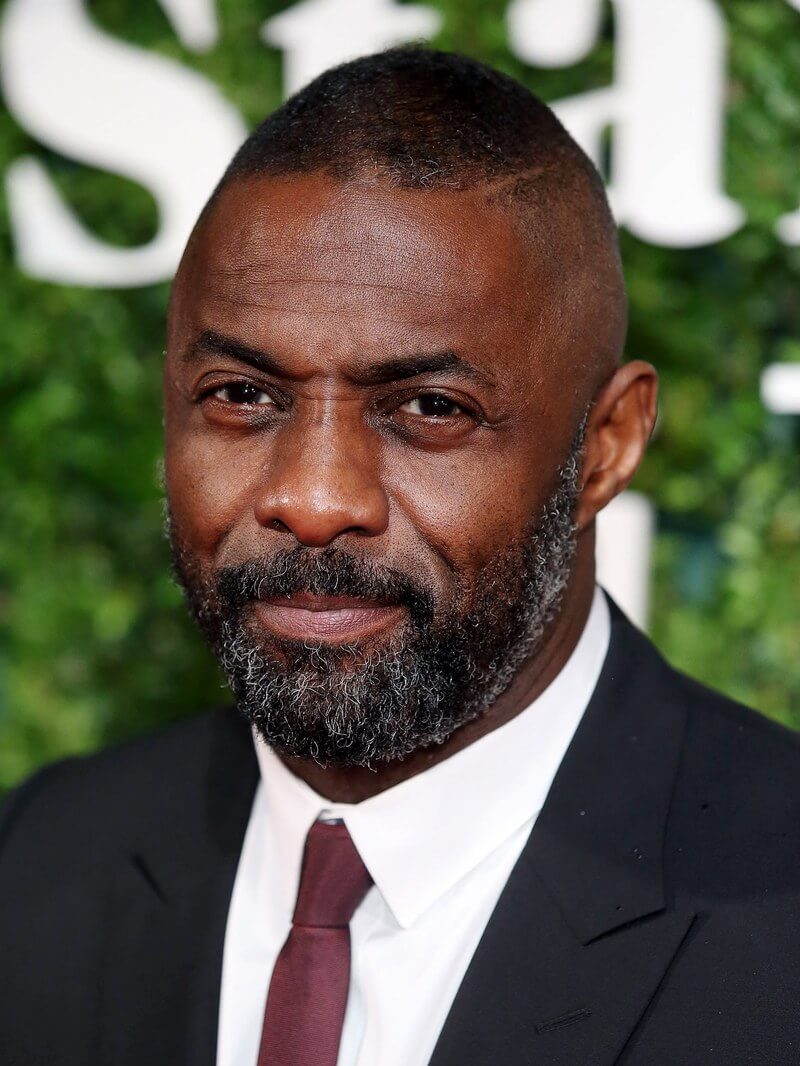 When people say tall, dark and handsome we can simply assume it to be Edris as he seems to justify the title of the tall, dark and handsome well. There is a difference in keeping the beard and carrying the beard and Edris literally carries out his beard looks or styles like a true hunk and the confidence on his face makes him look even better. Here he went for a full face mid-length beard style and so here he hands beard from below chick line to his neck and also mustaches were joined with the beard and also he kept the beard natural with the grey hairs in between which made him look much more authentic and dashing at the same time. 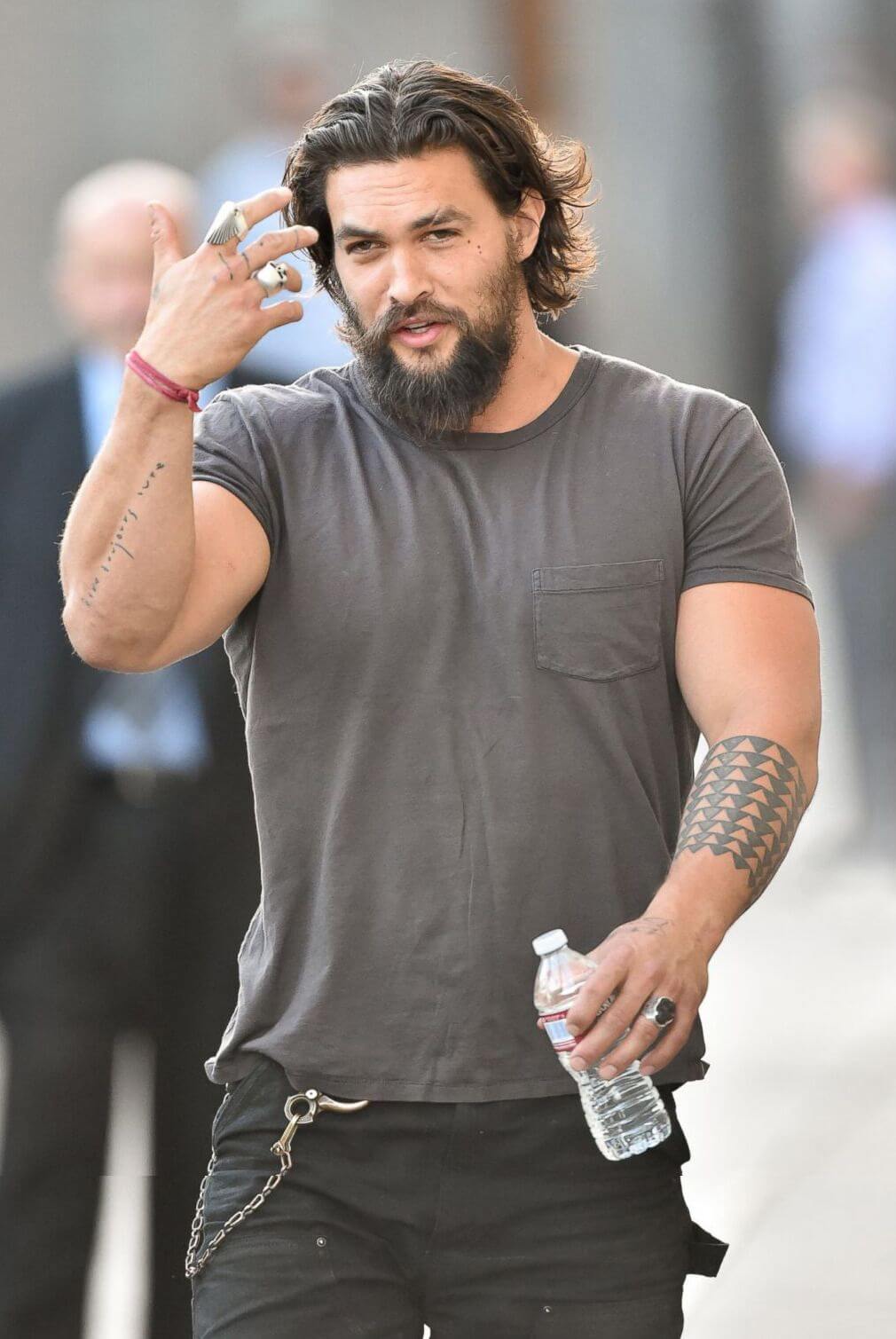 When we talk about hunks, Jason first comes to our mind as he is said to be the perfect hunk ever and he is also ruling in many girl’s hearts for sure and the way he carries his beard look has to be one of the reasons that he is in the list of best beard celebrities. He has already been seen in many beard looks and at the same time he is a bit experimental in case of hairs as well and the way he sets both his hairs as well as his beard together makes him just perfect.

Here also you would be able to see his mid-length layered hairstyle and he kept his beard look fuller and pity long as well and also his mustaches grown up so much that they flared in the outer direction making him look the best and his muscular body definitely complements his style or look. Even you can copy his look if you love keeping big hairs with fuller beards just like the hunk Jason. 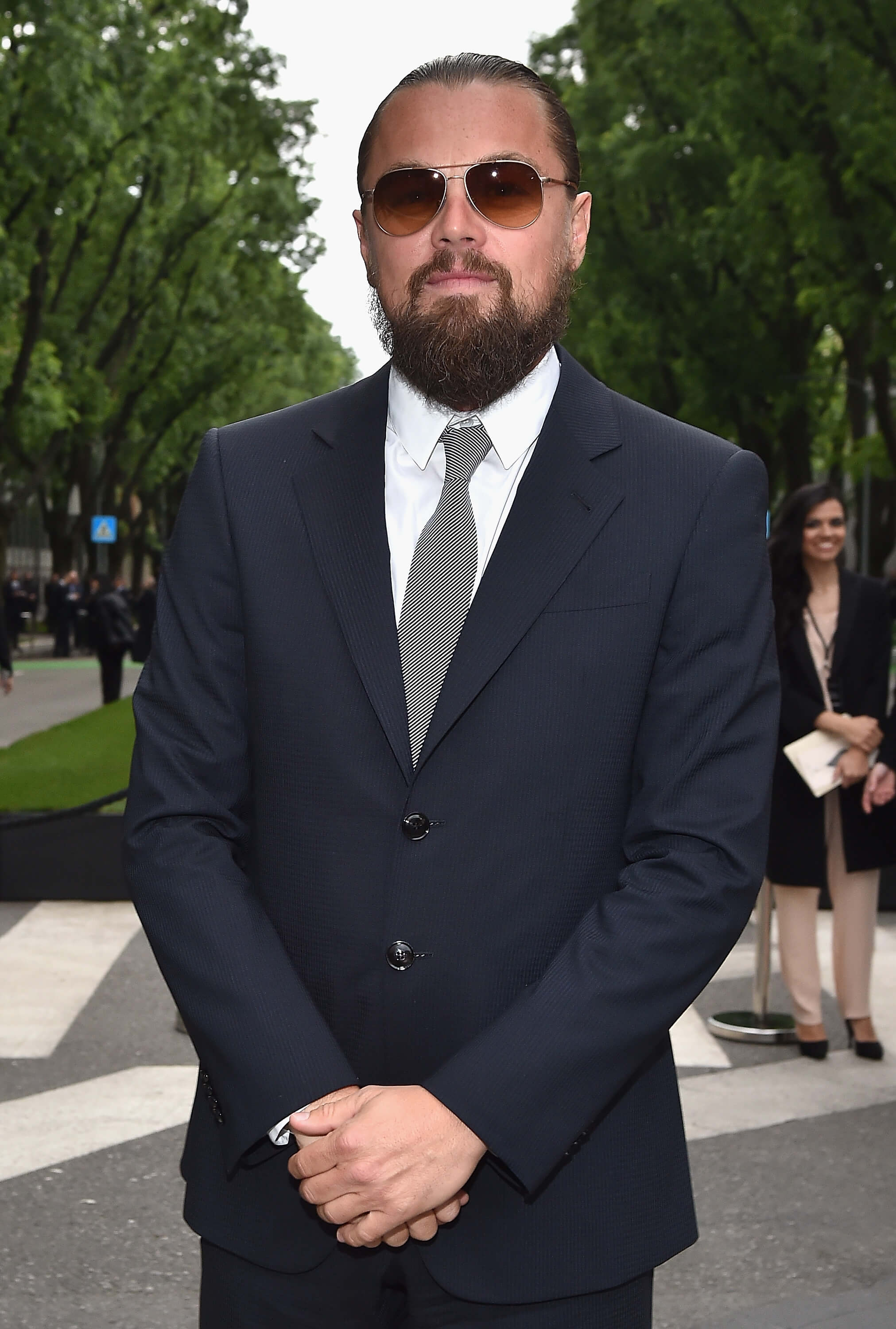 It is for sure that just like growing hairs is hectic and time-consuming growing beard is also very time-consuming and you basically cannot simply leave the process at mid-time. Once the beard would reach up to the desired you simply have to maintain the beard style and at the same time you should keep on grooming your beard and also you should look after the beard health and Justin Theroux is just a perfect example of maintained beard. He keeps his beard fuller always and also he maintains a mid length for his beards and also at the same time he has a fuller mustache which is joined to the beard. 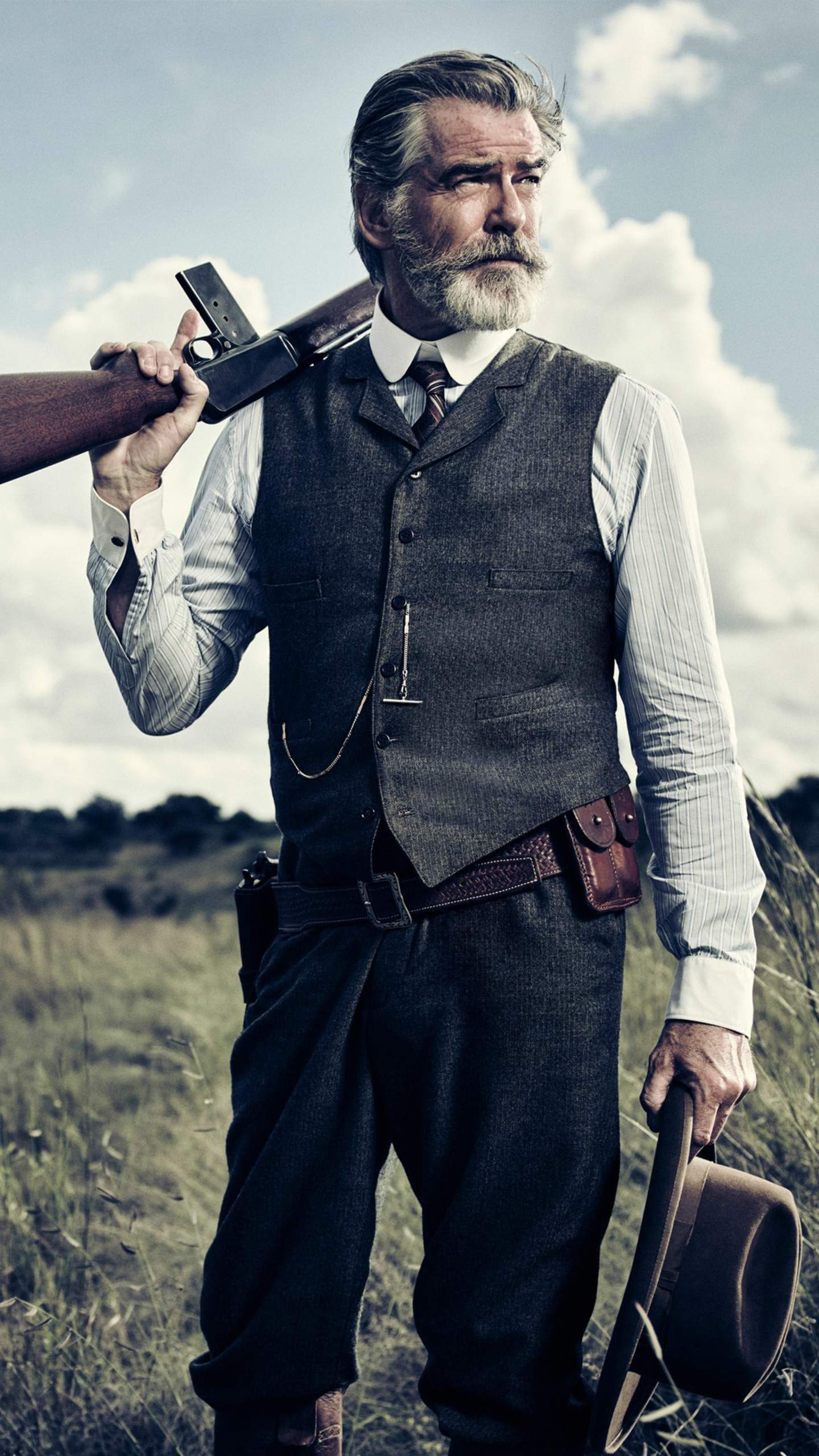 This James Bond is in our heart and it is for sure that age is just a number statement seems to be just perfect for him and we all loved him for his character of James Bond and even now he is famous for his beard looks which is amazing. Here also you would see that he kept kind of long beard which is in attached to fully grown dense mustache and also he kept the look natural and didn’t go with any dye for the beard and rather carried the grey bread look like a star and the confidence on his face him look better. 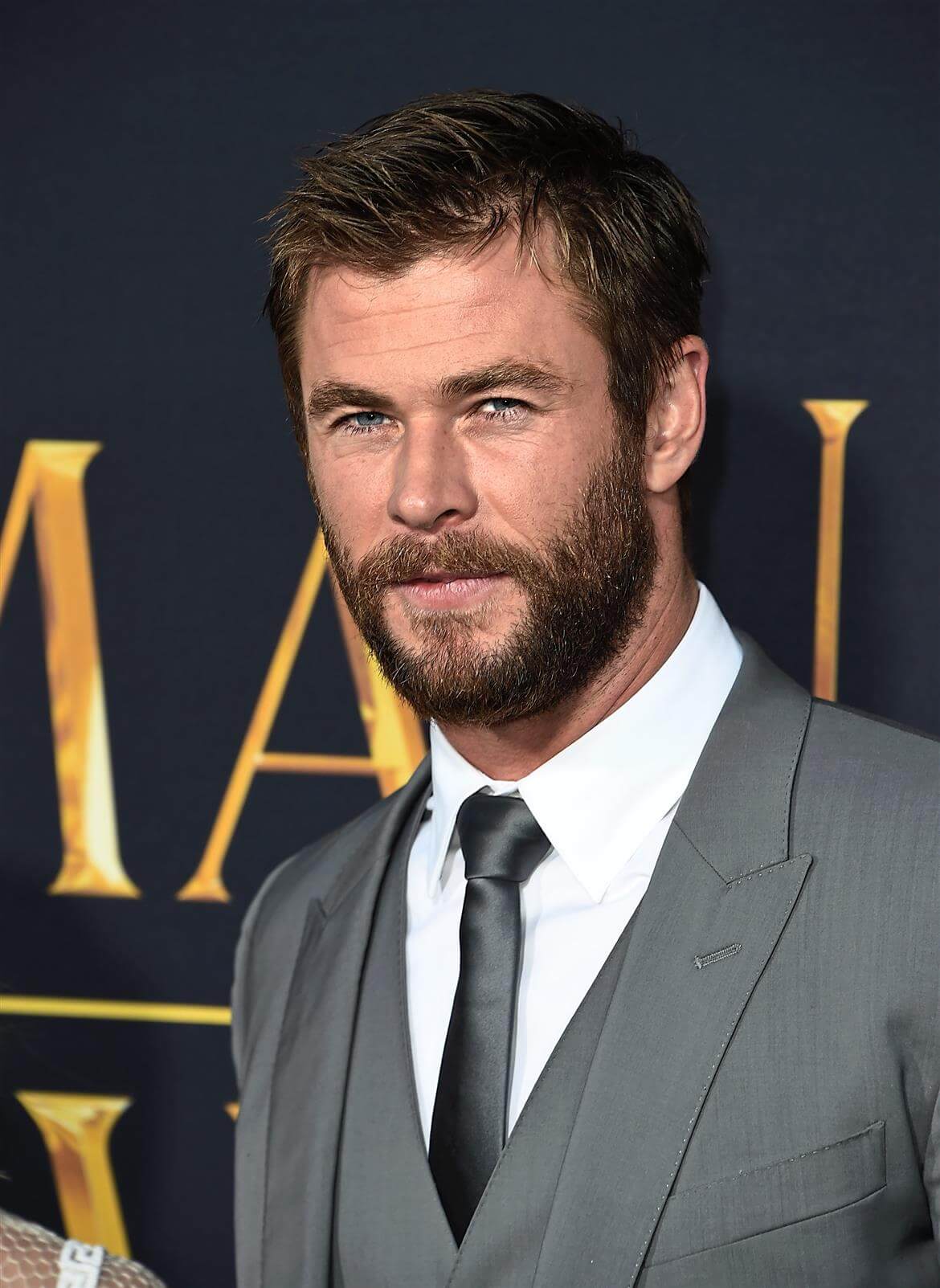 He is the one who loves to stay perfect as well fit all the time so he always chooses to keep the hairstyle as well as the beard style in such a way they look well coordinated and organized at the same time and so his look comes out to be perfect. Even here you would see that he kept kind of mid-length which seems to be well groomed and also the mustache seems to be of the same length and is also joined to the beard. Here he actually has the beard in his full face till the neck level and Chris Hairstyle complemented his looks. 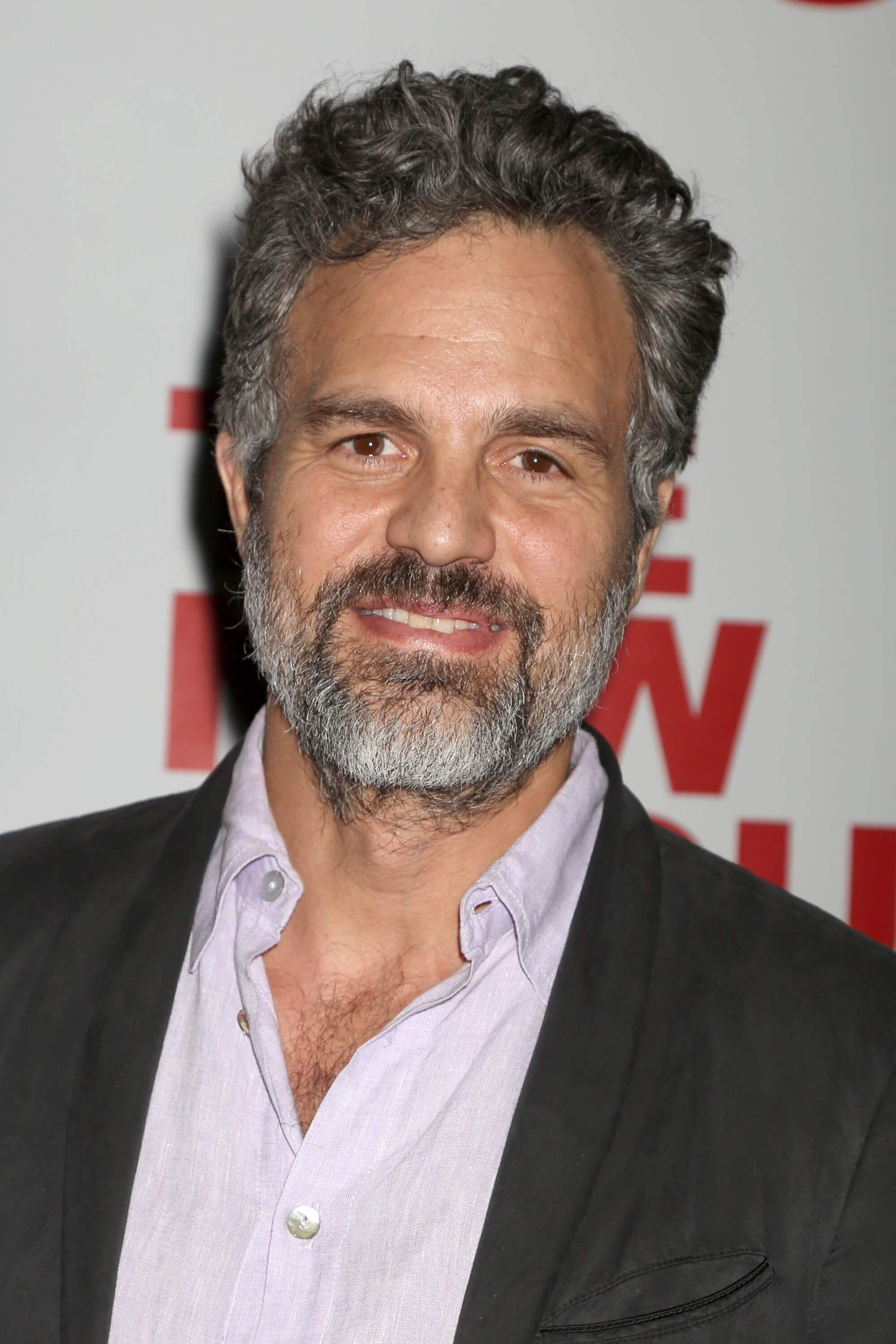 He is definitely the favorite boy next door actor of Hollywood and people love his looks for sure and he is the one who keeps on experimenting with his beard as well as hairstyles but at the same time he carries out all of his looks with grace as well as with confidence which makes the look much more prominent. Even here he kept his full face of grey or white beard and he didn’t bother to dye them also there is a hint of a black beard at a place but he carried out the look like no one’s business.

These were few of the best actors with beards that you need to check out and also you can find more at Fashionterest.