Hats are not something new. They have been here for decades! If you check out the fascinating history of hats, you will notice that they have always been one of the foremost ways to protect people’s heads and faces from adverse weather conditions and the scorching sun. Let’s see types of hats.

And over the years, hats have become a primary symbol of a fashion statement. There are different hat types for men that not only look stunning but also have enormous practical uses. The modern men’s hat styles are quite impressive. And of course, the women’s hat styles are no less!

In this blog, we will discuss varied types of hats for men and women.

Let’s check out different types of hats for men first. 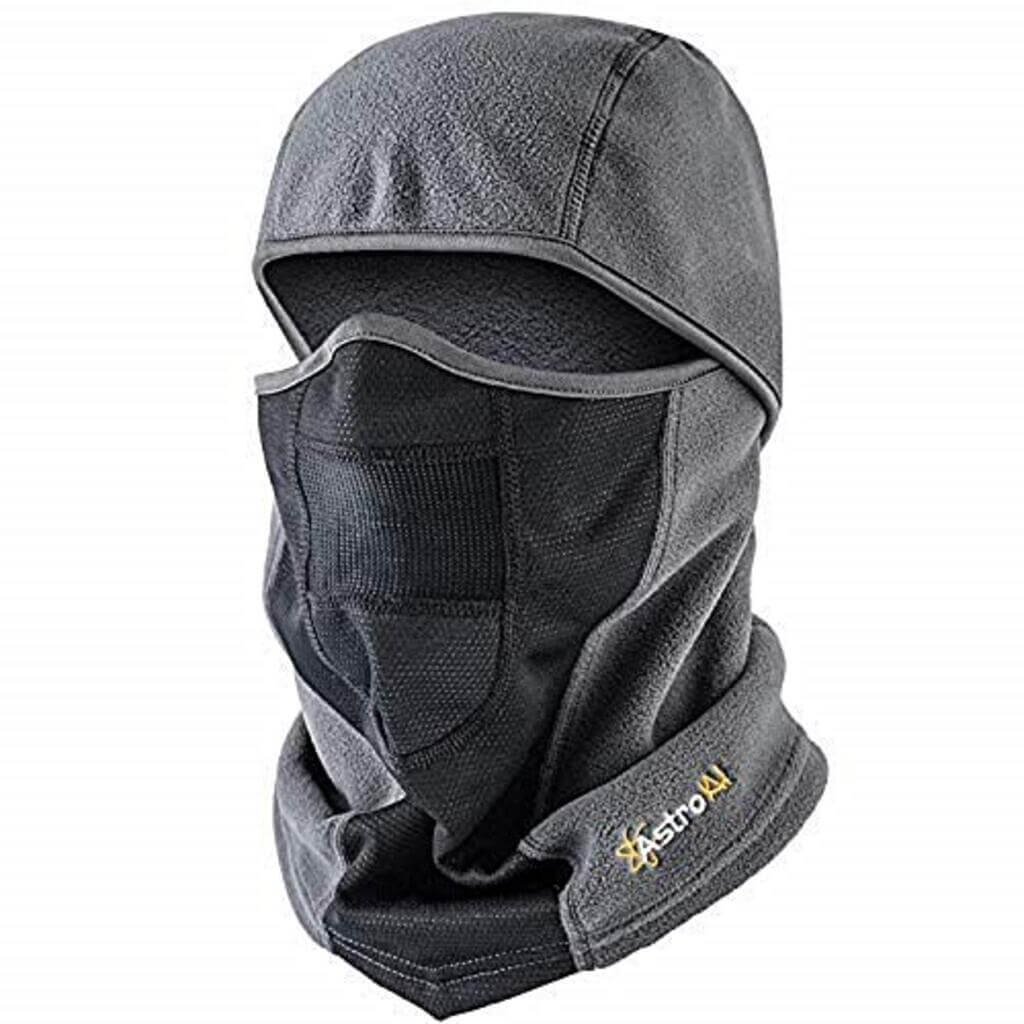 The Balaclava is a popular hat name of all time. It is more like a head wrap than a hat. Balaclava is one of the best types of the hat for men that is typically worn around the head, wrapping it around the beck.

This type of men’s hat covers your entire head and neck, just keeping the face exposed. This is one of the best types of hats for men that originated during the Crimean War of 1853. The soldiers used to use this cap to save themselves from the harsh weather of Russia. 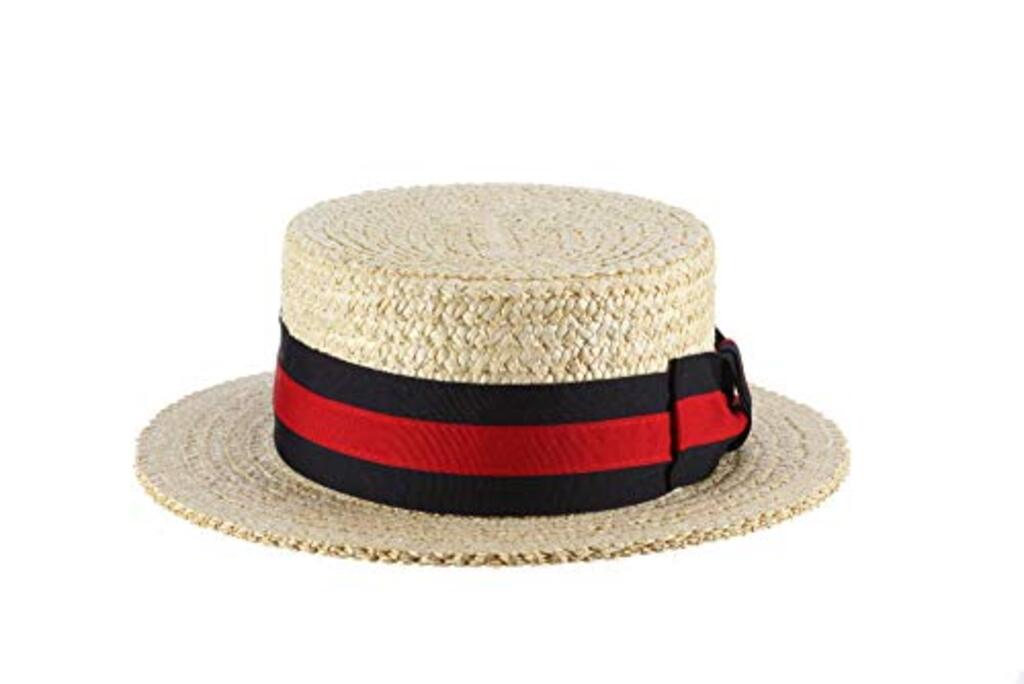 What makes a boater hat unique is its exclusively stiff sennit straw weave and around and wide brim.

The look of these types of caps is finished with a classic and premium grosgrain ribbon. When it comes to the summer essentials for men that are not only comfortable but stylish, the boater hat is definitely a significant one. A boater hat is also known as a ‘Sommer’, ‘Skimmer’, or a ‘Straw Canotier’.

The boater hat was specifically worn by boaters, sailors, and rowers in the past. But now this hat has made a great comeback in the form of a stylish accessory for men. The best kind of dress that this hat can pair up with is a checkered shirt and jeans. 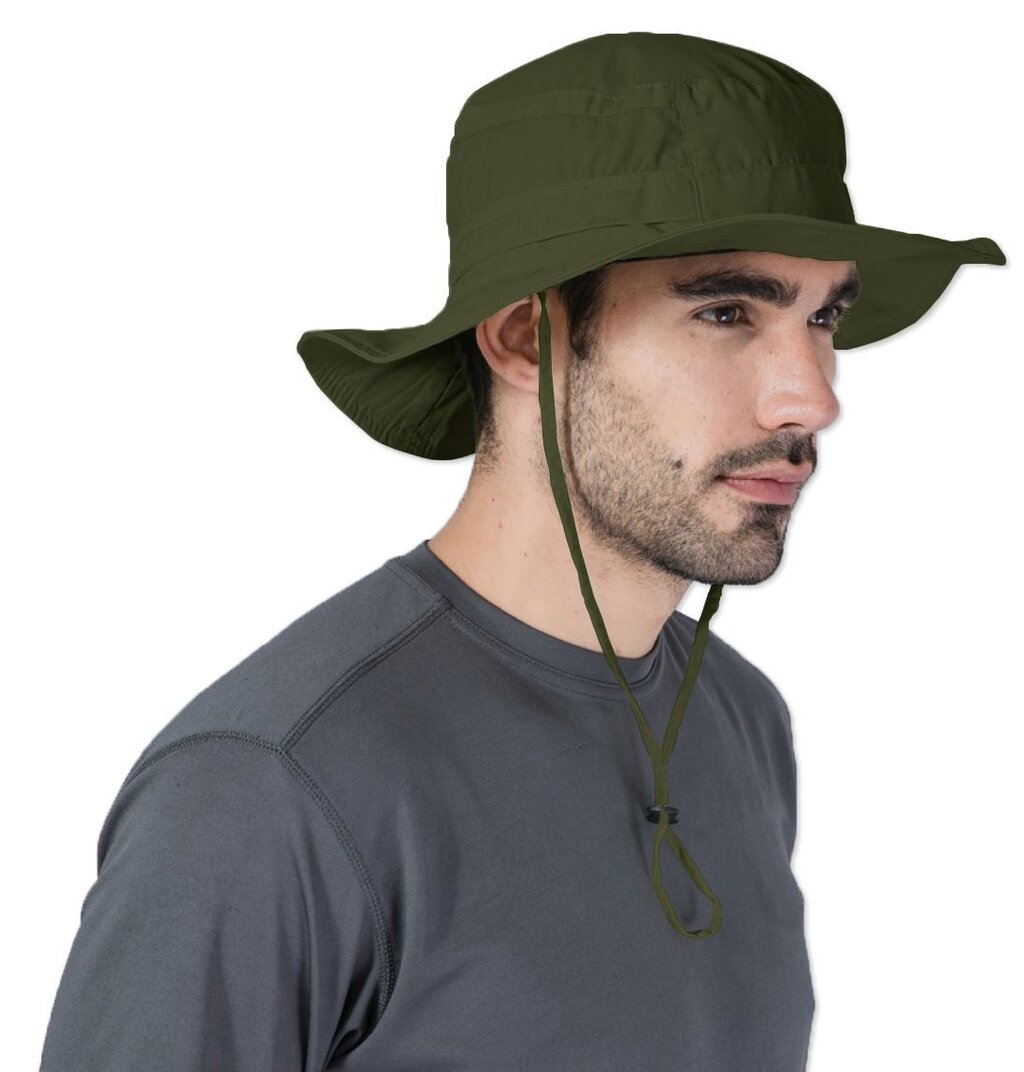 This kind of hat first became popular during the Vietnam War. Now, you can see this hat more in movies and TV shows. It is a soft cap made of cotton or polyester fabric. A Boone Hat has a wide-brimmed style that has a flat crown.

This is one of the most unique types of hats for men which comes with a chinstrap. It can be looped around the crown in such a way that you can store different items in your head. The soft design of this hat is such that it can be folded up and tucked away when you are not using it. 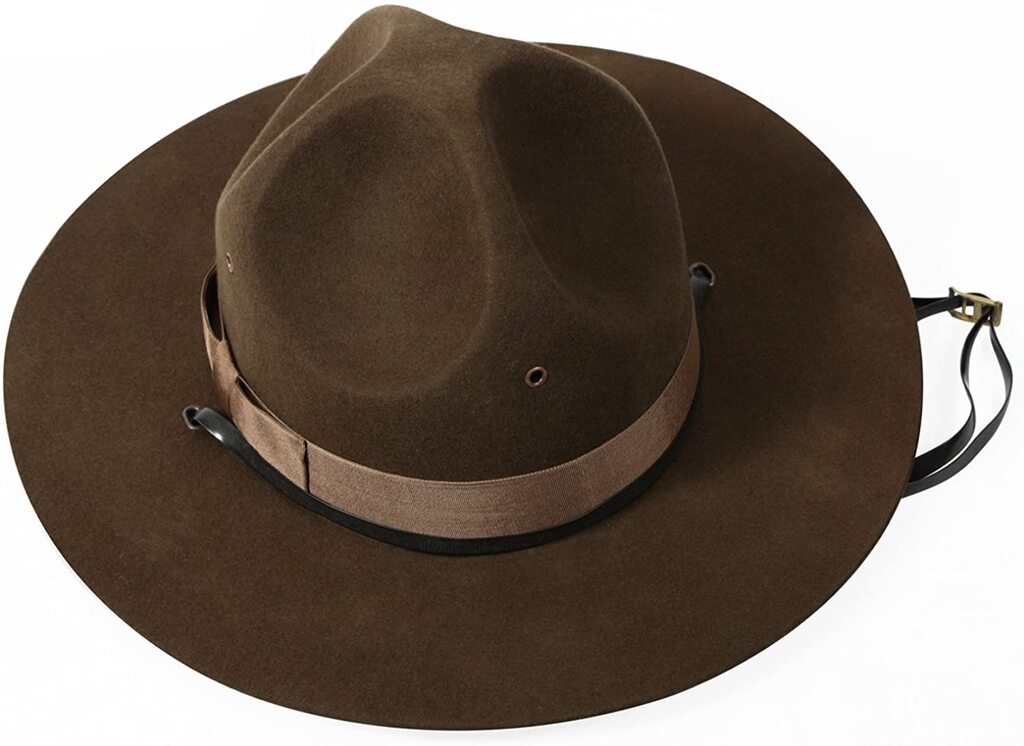 People first came to know about the campaign hat during the 1880s when the military wore it for the first time. A campaign hat is a flat-brimmed hat with a round design and a tall crown. Although this is one of those attractive types of hats, they didn’t appear again until the 1960s.

It is only after that this style has been adopted. A campaign hat is now known for a structured crown at the top which is nothing but a beautiful classic pinch that makes the hat a distinct one. 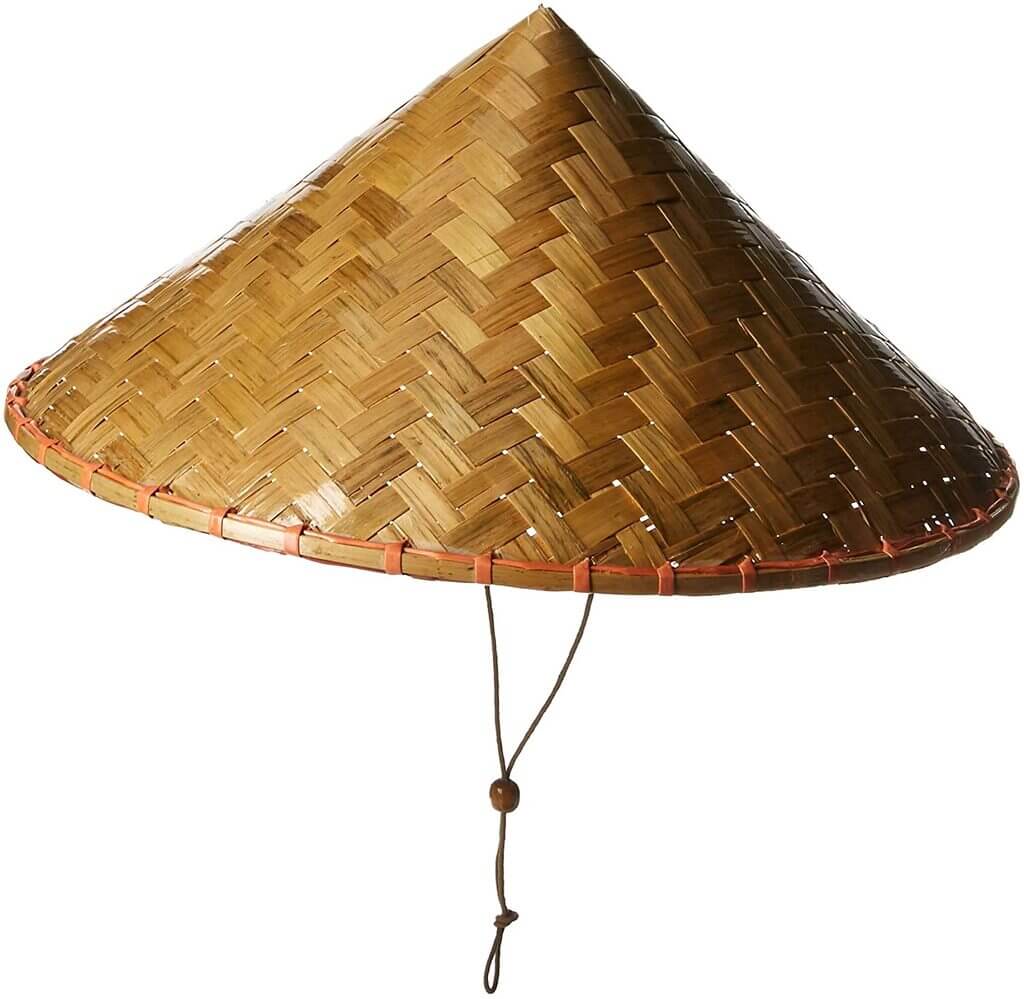 The conical hat has many names like Phrygian Cap, Wizard’s Hat, Pointed Cap, etc. It is available in all designs and widths. This type of hat has been witnessed in the history of fashion for many years.

From the remarkable Bronze age, conical hats have been popular and one of the best types of hats for men. With time, its popularity has increased and now it is considered one of the men’s best fashion staples.

Also Read: Do You Know About the Different Materials Used for Hat Manufacturing? 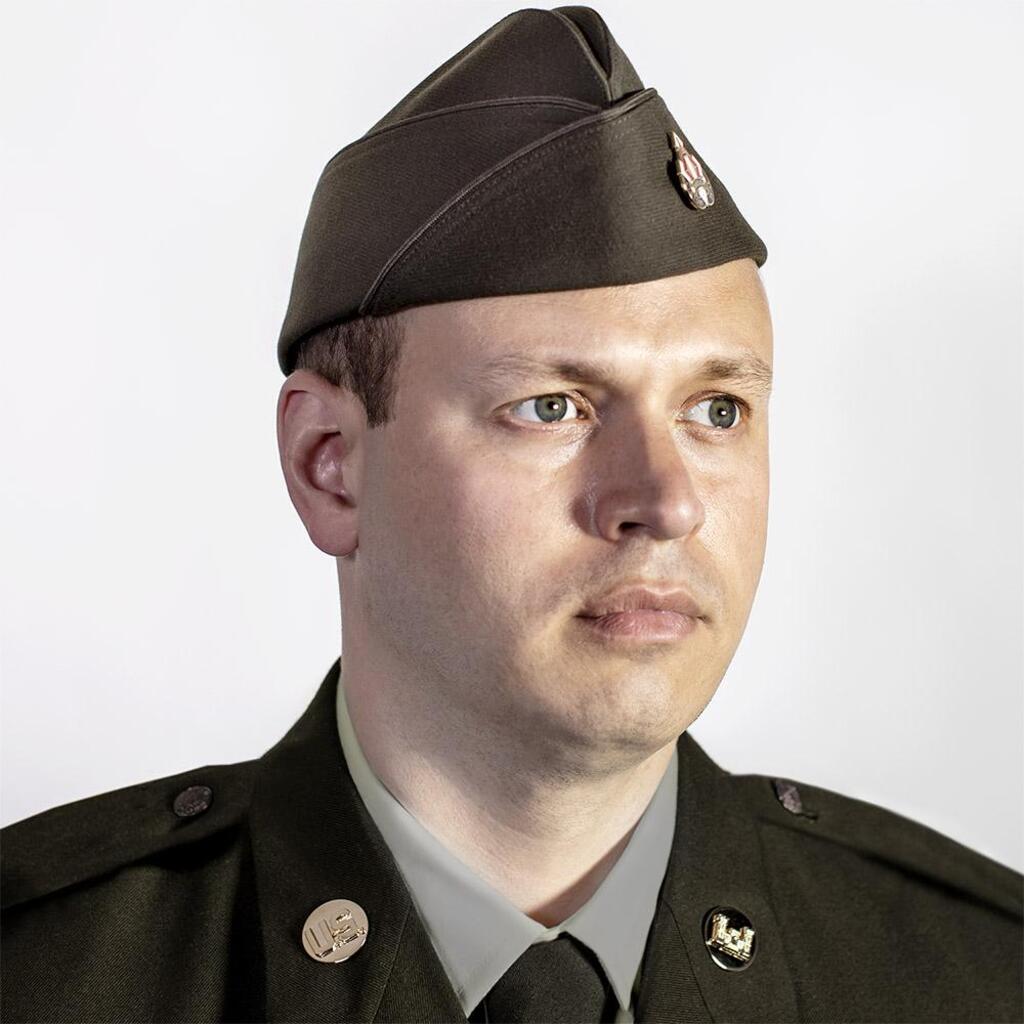 Garrison Cap is also known as a cover or an overseas cap. The history of this cap also dates back to a very distant past. It was made a part of the standard military uniform during WWI.

And after that, the garrison cap has gained a lot of attention. This is a simple cloth cap that has a flat crown and folded-up brim through which the military insignia can be displayed. This is one of the most common types of hats for men.

Well, there are many other types of hats for men. But the ones we discussed above are truly the most remarkable ones. So, if you are a man who loves being fashionable, go for these stylish and cool hats and you will definitely have a transformed look.

Now, let’s dive into the most spectacular types of hats for women. 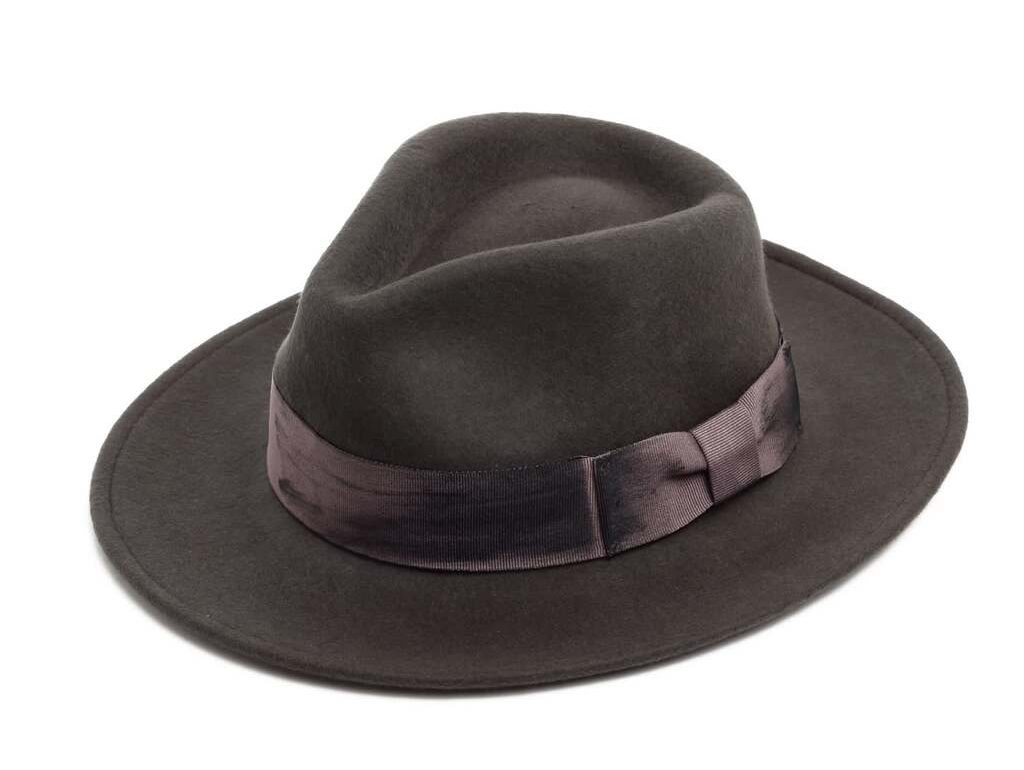 If you want to enhance your look, you should go for this one of the best women’s hat styles. This smart-looking hat comes with curved brims that have indented crowns which are designed to draw everyone’s attention to your hairstyle.

So, if you have got an attractive hairstyle, this hat is definitely for you! It is one of the best types of women’s hats that can help you get fashionable head coverage with a hint of boldness. 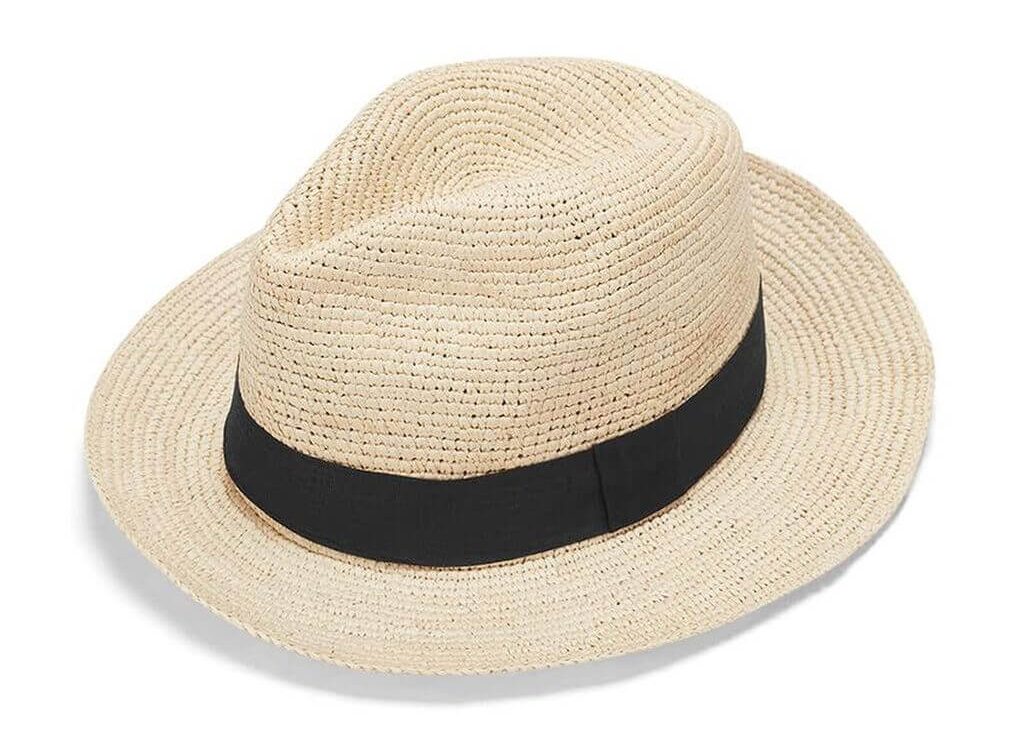 And definitely, they are more expensive too! But that’s true, because of their lightweight and breathability, Panama hats have become very popular these days. Nowadays, Pana”ma-style hats are made with synthetic fibers which make them available in different color and style options. 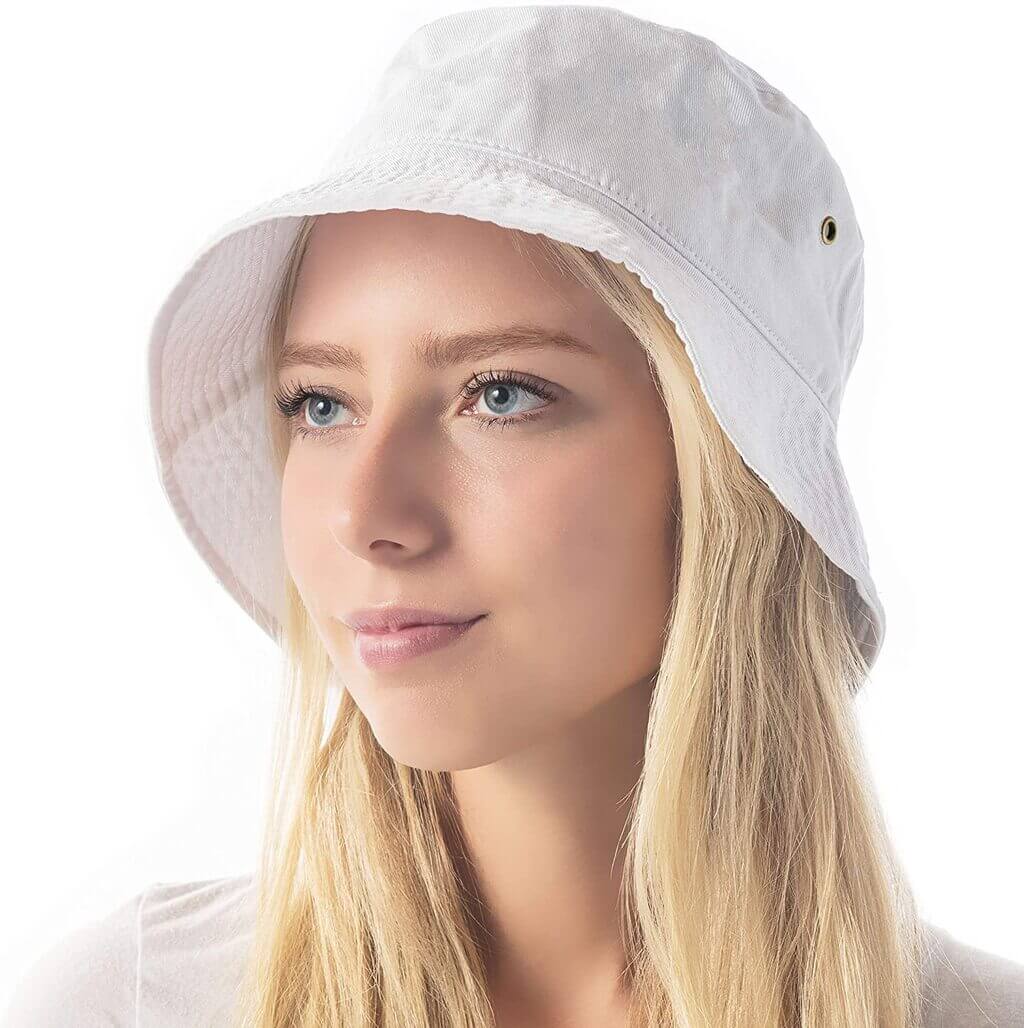 What makes the bucket hat a unique one is its squishable aspect, which makes it the best option to travel. Bucket hats are made of heavy-duty cotton fabric with different colors and patterns like a rainbow.

Bucket Hats can have either narrow and wide brims or floppy brims, depending on how deep your bucket/crown is. Also, with a bucket hat, it is possible for you to fit your hair underneath, which will give you a look similar to a hat ‘updo’. 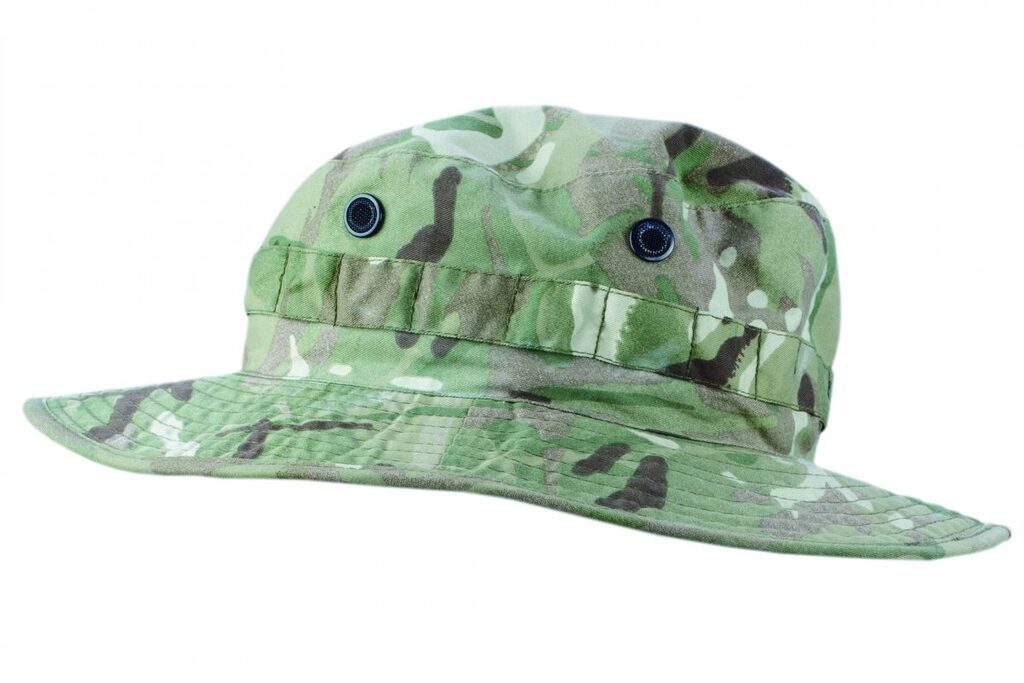 It is one of the best types of hats for women. They have a casual look and are squishable like bucket hats. But there is a difference between the two; Boonie hats are a bit larger than the bucket hats which have a broader brim as well.

Also, the Boonie hats come with a string tie that can easily adjust at your chin. This feature of the Boonie hats helps them remain secured on your head and around the neck. Yes! Boonie hats are very comfortable to wear. 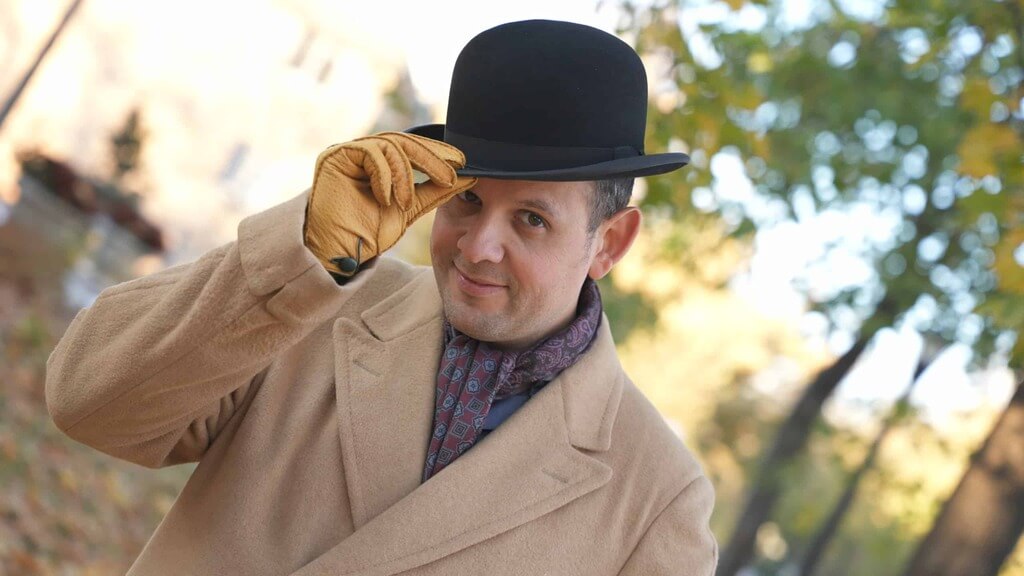 Bowler Hats are also known as derbies. They are made of sturdy felt that is shaped into a rounded crown. There is also a short brim present around the entire circumference of the hat.

The Bowler Hat is one of the most spectacular types of hats for women which has been promoted by some famous comedians like Charlie Chaplin, Stan Laurel, et.al (irrespective of the fact that they were not women).

If you want a retro look, you should go for this type of hat which has been the first preference for fashion-forward women who like to step out in style.

Also Read: How to Measure Your Hat Size in 3 Easy Steps 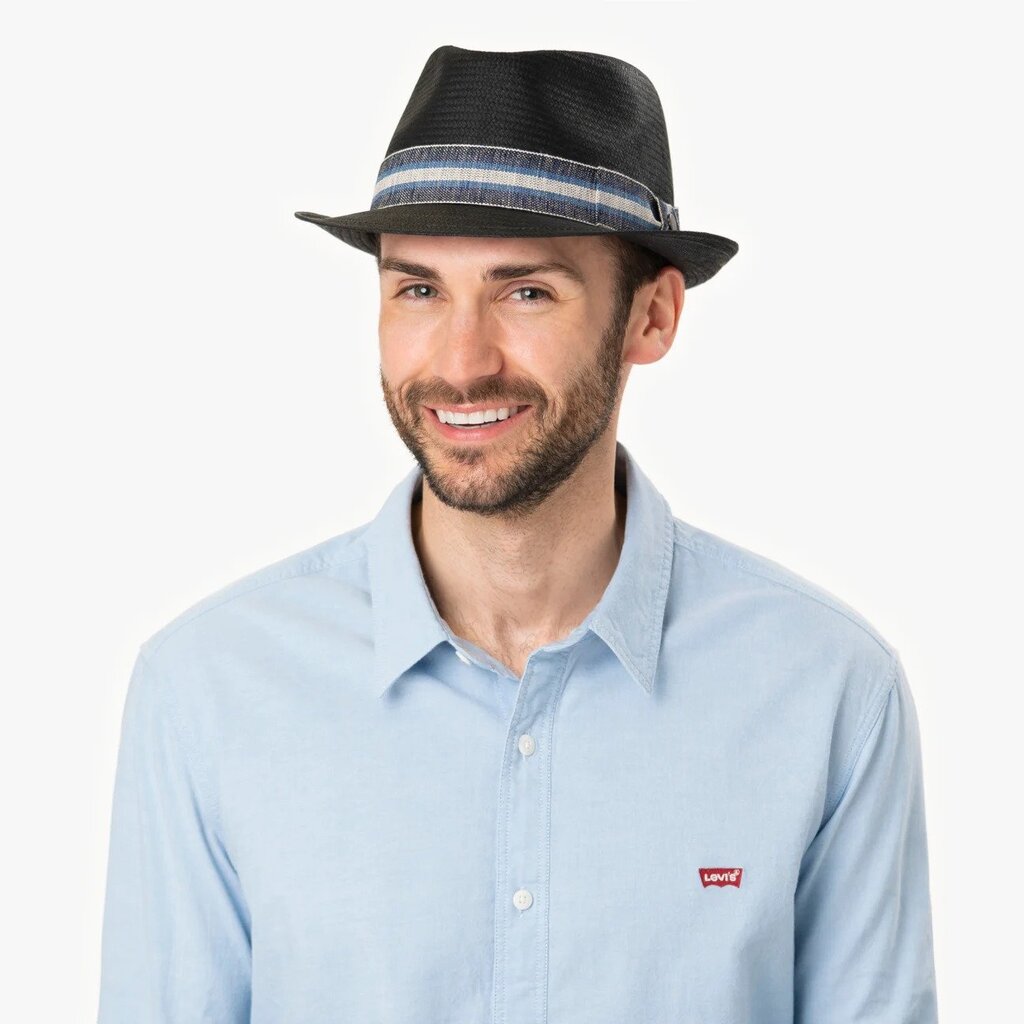 Everyone loves a stylish Trilby Hat! Trilby Hat had been one of the most preferred types of hats in men in the past. But now, it has become a great choice among women who like to explore the ‘hat confidence’.

This kind of hat comes with short, angled brims on the front side that remain slightly tilted in the upward direction in the back. It gives the Tribly hat a fun and casual look if you wear it with a pair of jeans.

However, if you are a woman with long hair and prefer to keep your hair tucked under the hat, a Trilby hat is not your thing. It doesn’t have a tall crown section. But these hats look awesome on short hair women or the women who like their hair to be open most of the time. 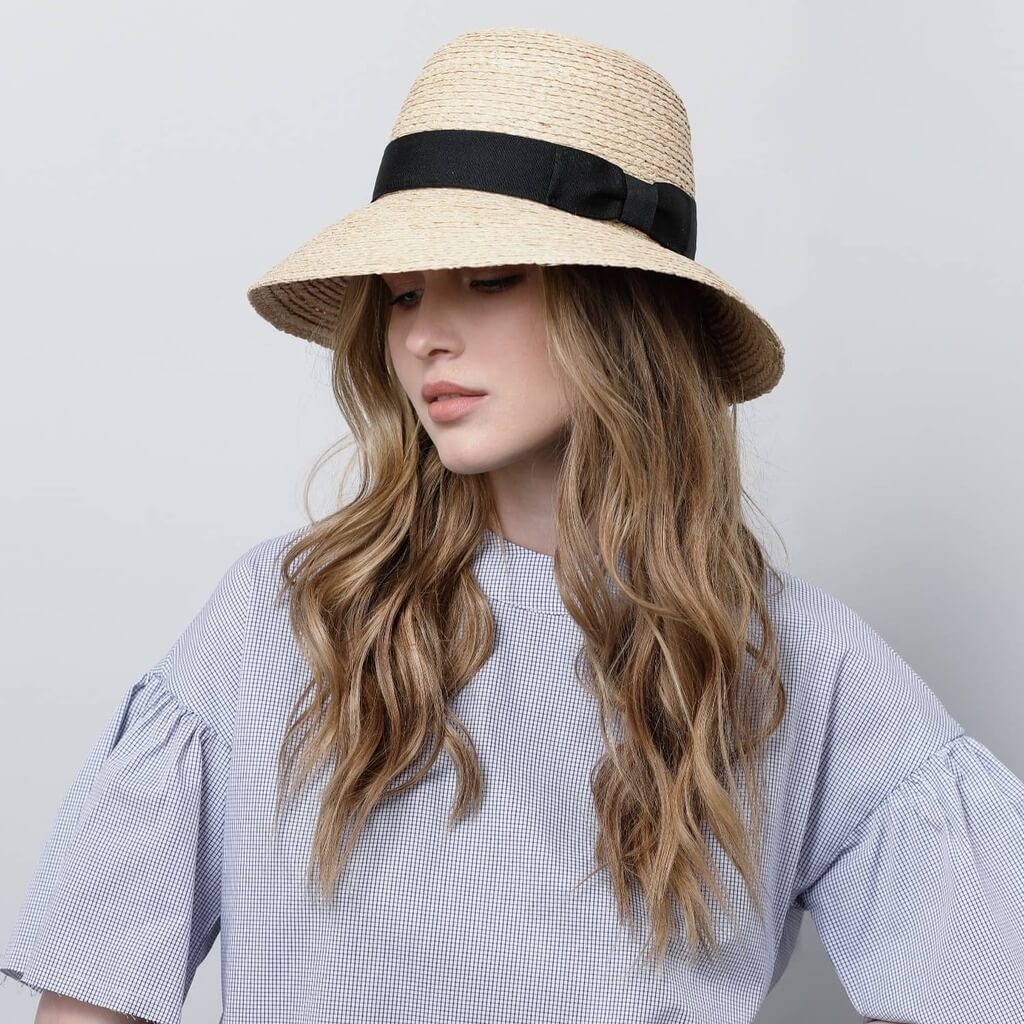 This is one of the most unique types of hats for all such girls who want a girly look. This type of hat has a soft, bell-shaped crown area and a short brim that can together have a flattering look for most women, regardless of how long is their hair.

The cloche hats come with thick ribbons and some subtle accessories adorning the circumference of the hat’s crown. This definitely adds an insanely amazing level of femininity to the overall silhouette. 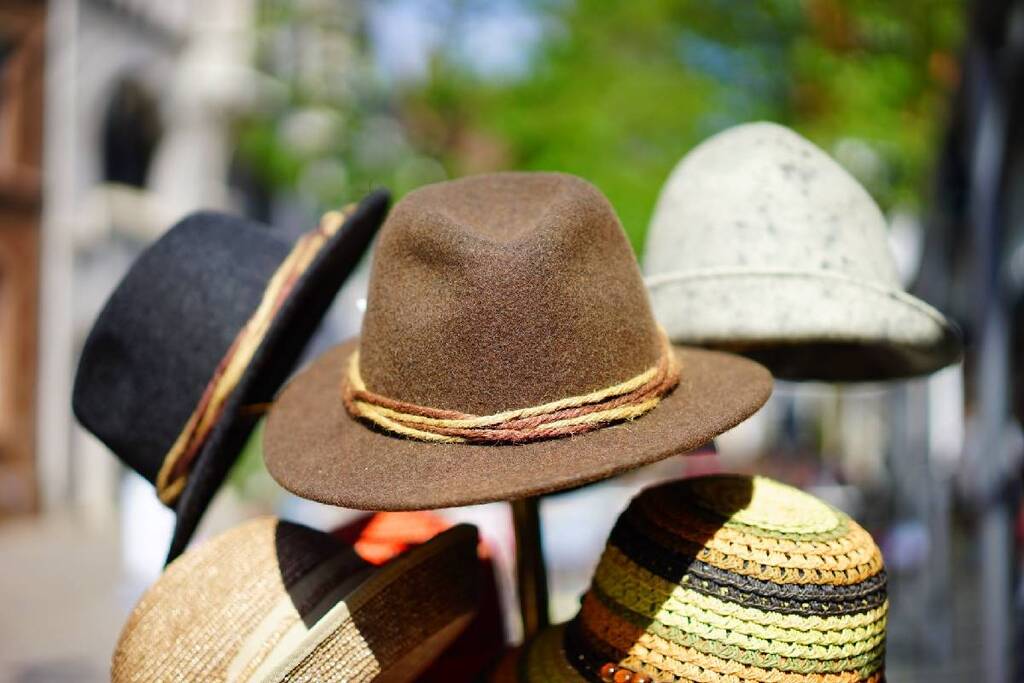 There are different types of hats available for both men and women. Out of all, we have discussed some of the most popular, on-trend, and striking ones. Just choose the one that you like most and match your style and enhance your look like never before.