The cosmetic surgery market has grown massively over the last decade with people spending over $50 billion a year on breast reductions, augmentations, and other procedures.

Where once, cosmetic surgery may have been seen exclusively for the rich and famous it has now become far more accessible for anyone wishing to improve areas of their bodies that they don’t like.

Rhinoplasty, most commonly known as a ‘nose job’ is an incredibly popular cosmetic surgery procedure, and it is extremely popular among celebrities in the world of music and movies.

Here are some of the famous celebrities who have had nose jobs and also some considerations if you, yourself were thinking of having this procedure done.

Why Do People Have Nose Jobs?

Many people assume plastic or cosmetic surgery is for vanity reasons. Indeed, the very word ‘cosmetic’ hints at this but it isn’t quite so simple. There are a variety of reasons why a person would want a nose job.

For someone with a deep-rooted dislike of their nose then it could be affecting their mental health. It is not unusual for someone to have feelings of anxiety, depression, or stress about their body image and the nose is extremely visible.

Other people may have had an injury that has damaged the look and shape of their nose; car accidents, sports injuries such as boxing or rugby, or a fluke accident could leave someone with a broken nose that appears crooked after healing.

Then there are health reasons where someone has breathing difficulties or a birth defect and needs it to be corrected.

So, Who Are the Celebrities Who Have Had Nose Jobs?

It helps when famous people admit to having this and other surgeries done as it can help remove any fear or stigma from the procedure. Someone may be wanting a nose job or nose correction surgery and seeing someone they admire having done the same might give them strength.

Actress, model, and businesswoman Christie Brinkley is now 67 years old and looks as great as ever. When someone is in the public eye constantly they will see any imperfections they may have staring back at them regularly from magazine covers to television appearances and she chose to remove any problems through cosmetic surgery.

Christie Brinkley has said openly that she had plastic surgery across her face to remove wrinkles and tighten up problem areas. However, she hasn’t had a nose job.

Here are five female celebrities who have had nose jobs though, and possibly other cosmetic procedures too.

1) Heidi Montag from Laguna Beach and The Hills fame has had a number of cosmetic procedures including a much talked about (and photographed) breast enhancement. However, her nose job has also given her a very dramatic change of appearance by creating an elegant and narrow ‘new’ nose. 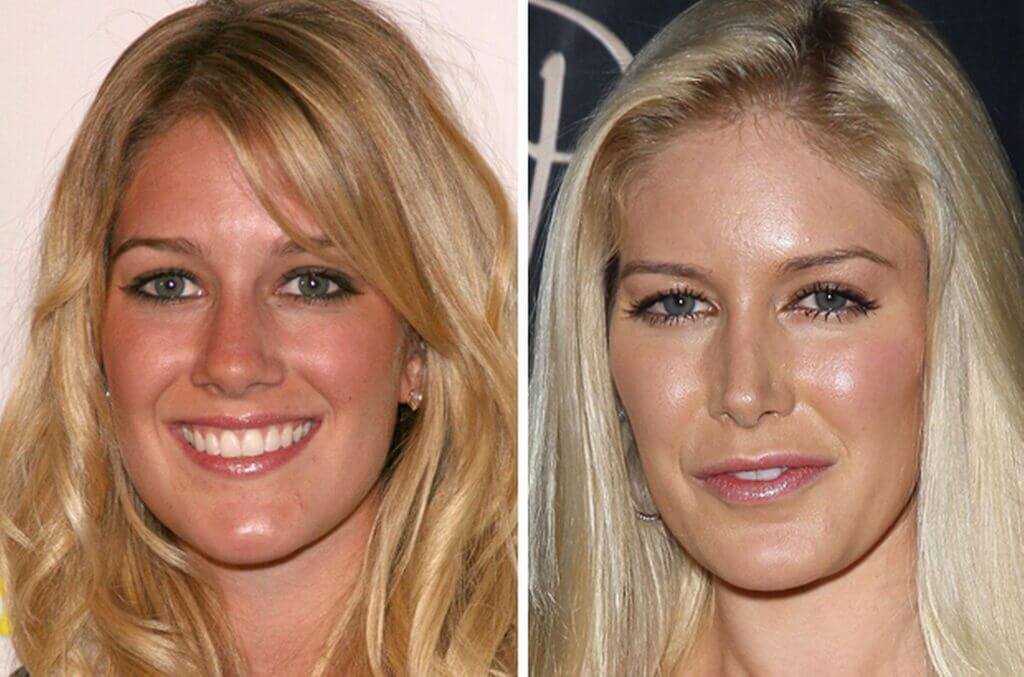 2) It is no secret at all that Janet Jackson has had plastic surgery and her nose nowadays doesn’t compare to when she was younger. However, unlike her siblings, she decided to restrict herself on how many procedures she would have and has kept it to a minimum to retain a natural look. 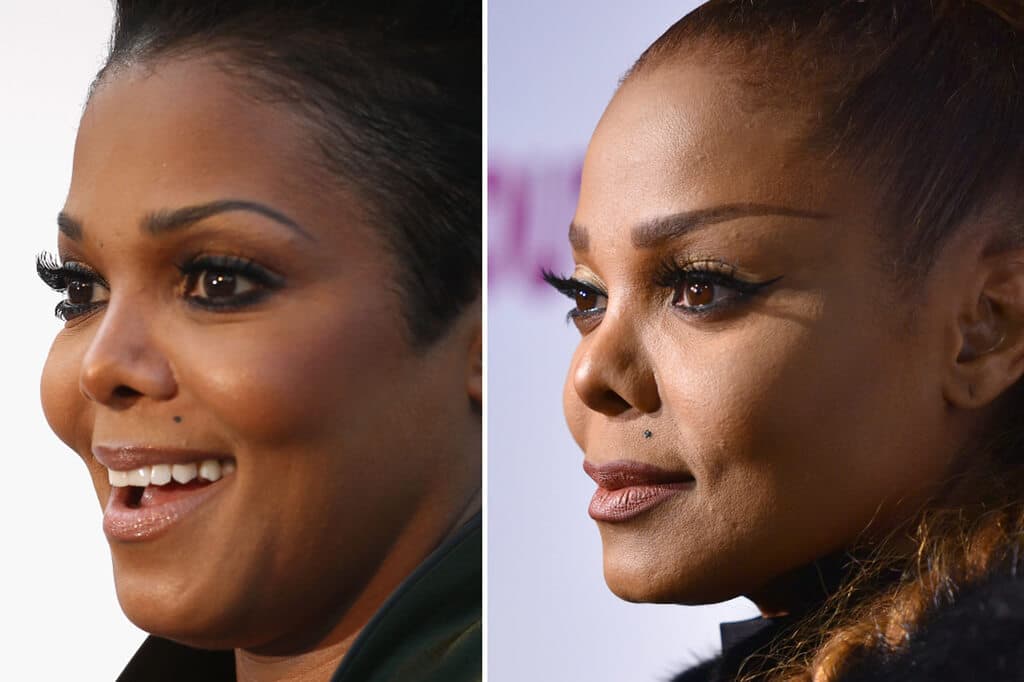 3) Blake Lively has not admitted to having a nose job but it seems clear to many that her appearance has changed over the years. If you are considering plastic surgery then you will want to look for someone with appropriate certification in your country.

One such certified surgeon has explained that Blake has most likely had surgery to lower and narrow her bridge and remove some cartilage from the tip leaving a fantastic result.

4) Jennifer Grey is one star who never kept the fact that she had surgery a secret. She was delighted with the results and admitted to the procedure through the media. 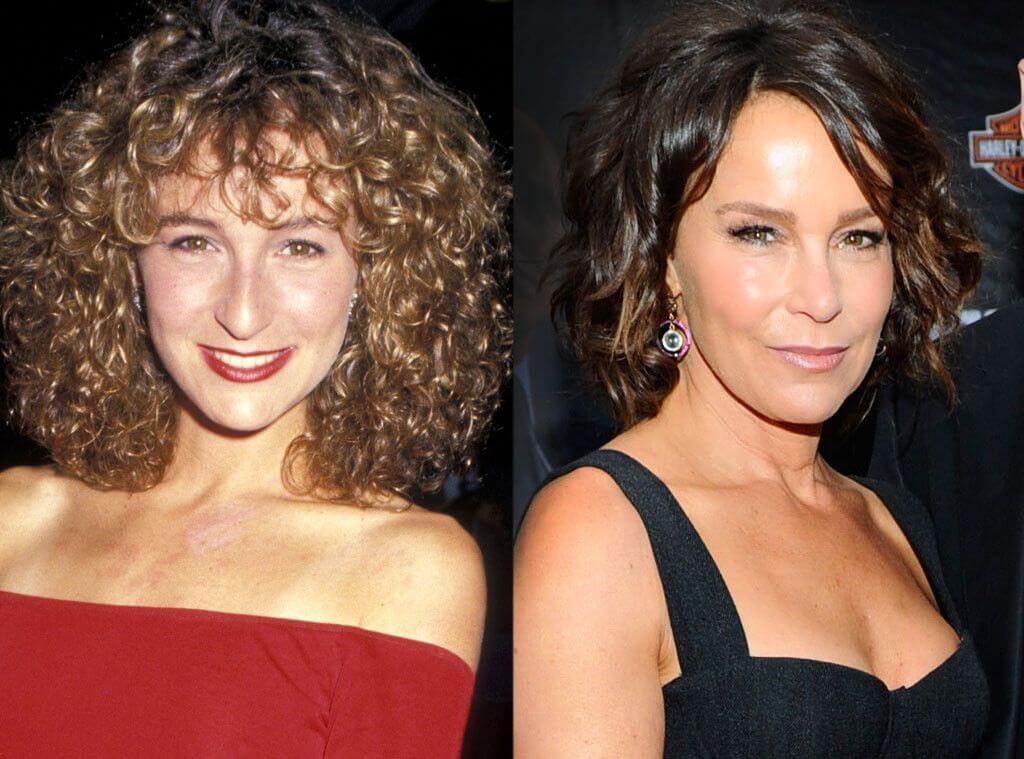 5) Unlike Jennifer Grey, Ashlee Simpson has never admitted to having a nose job but the photos speak for themselves. One reason that has been given out publicly by a family member is that she was suffering from breathing problems and the procedure was not just cosmetic but to cure a problem she was having. 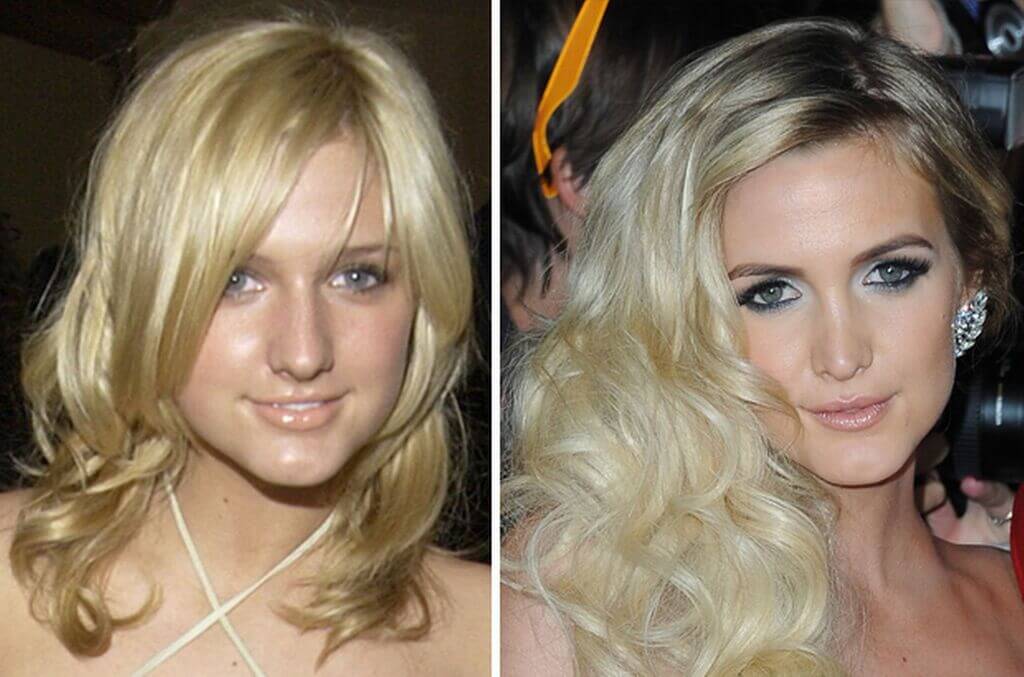 Where Do People Go to Get Nose Jobs Done?

For most people opting for a local surgeon would be normal. You will need to find someone reputable and with an excellent track record. Check testimonials and before and after photographs etc.

However, many people opt to go overseas. There are many great surgeons in the UK, Paris, Dubai, and the US who can perform nose correction surgery. Medical tourism is becoming very popular and the three biggest destinations are Brazil, Malaysia, and Thailand, but China is where the most nose jobs occur.

Combining surgery with rest and recovery in a tropical location appeals to many. Others like to combine a safari in South Africa with breast augmentation. Wherever you choose to have your procedure performed there are some things to be aware of.

What Should You Understand Before You Have a Nose Job?

You should ask your surgeon a lot of questions before having your procedure and make sure this is the correct route for you to take.

Before you have cosmetic surgery consider the following:

Regardless of the procedure; you need to know what to expect from facelift surgery, breast augmentation, or a nose job, so be sure to discuss everything with your surgeon.

While you are talking to your doctor ask how much experience they have in this field and ask if your expectations are realistic. You will need to understand recovery times too as you may need to take a couple of weeks off work.

Unlike a celebrity who can hide away, you will need to understand how long you need to be away from work and be prepared for that.

When thinking of plastic surgery it is easy to forget that men undergo many cosmetic procedures too. Especially those that are in the public eye. Here are some of those famous guys who have changed the appearance of their noses.

1) Ryan Gosling, like many celebrities, has never admitted to plastic surgery but the rumor mill says he had the bridge of his nose fixed early on to improve his chances of being hired for movie work. 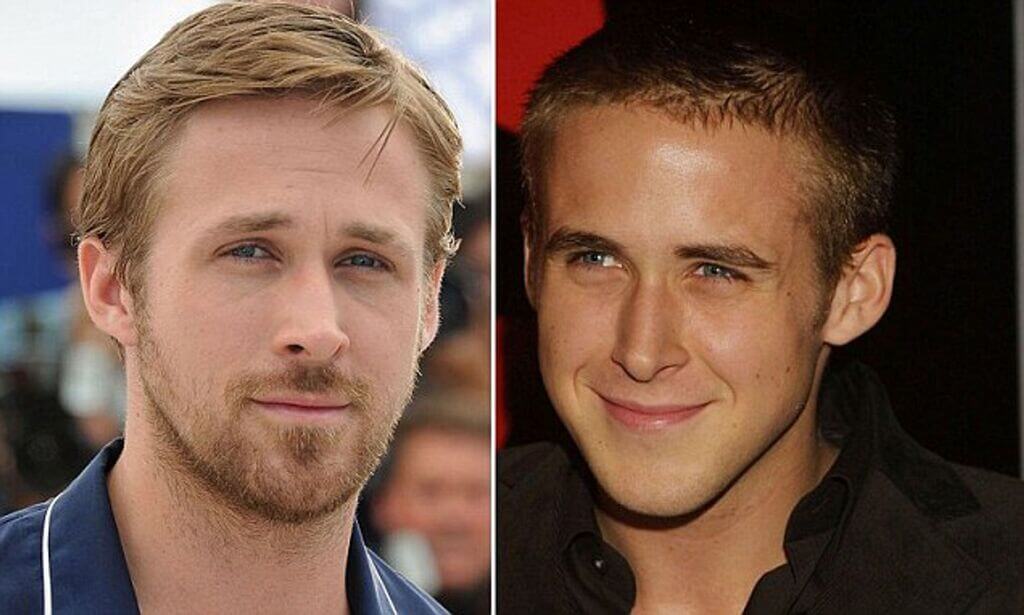 2) Tom Cruise is one of the most recognizable actors in Hollywood today but it didn’t happen without some help from surgery. Mr. Cruise has had his teeth fixed and also admitted to having a nose job when he was younger. 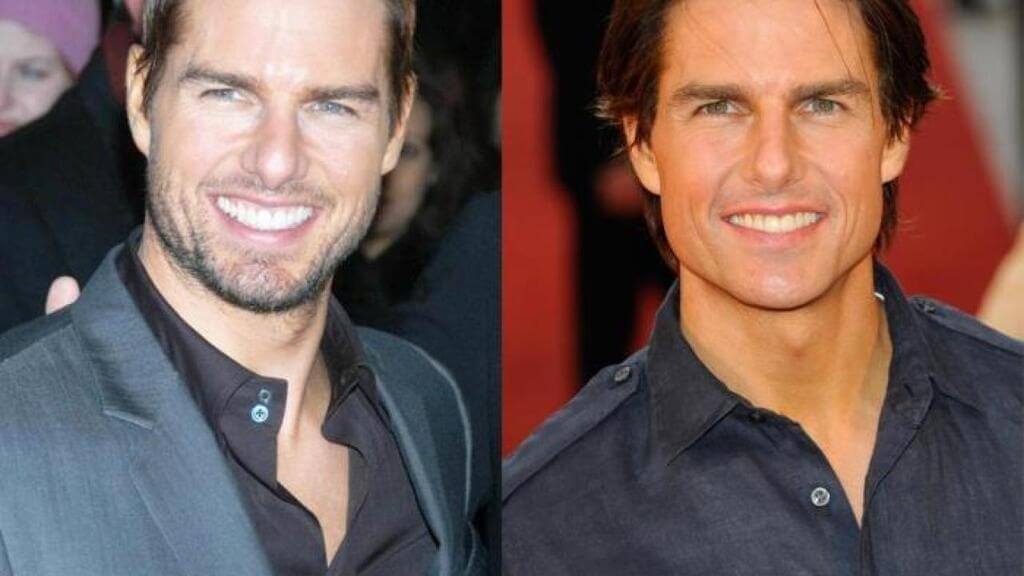 3) Patrick Dempsey is an example of an actor or celebrity who had a nose job to fix an injury. Patrick sustained a broken nose while playing hockey and later decided to fix it which seems to have worked as he has a huge fanbase. 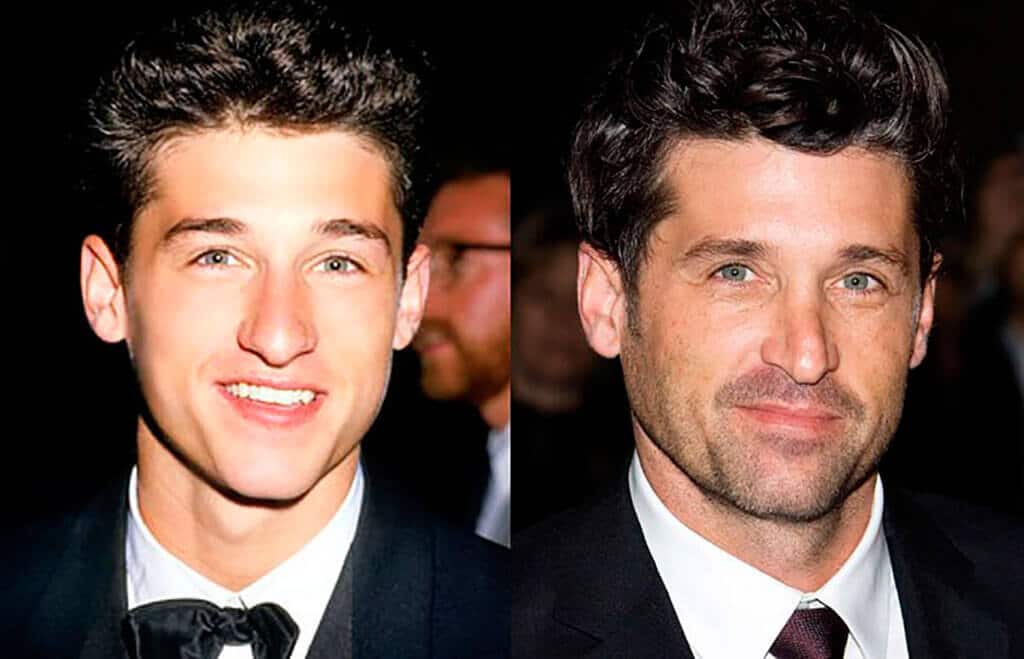 Celebrities are like normal people when it comes to appearances. Of course, they wish to present the perfect image just as you do. This sometimes means resorting to plastic surgery to enhance areas of the body or to remove or reduce problem areas such as bulges or wrinkles.

When considering any form of surgery it is important to find a reputable, experienced and licensed surgeon who will walk and talk you through the procedures.