Tattoos are meant to be meaningful. Whether you get small one or larger tattoos, it should have meaning behind it. The trend of tattoos has been changing ever since they were invented. Changes can be seen in their designs, sizes, fonts, colors, or monochrome. There were some trends like lion tattoos, rose tattoos, etc. and we have described them too. As in where to get and which type of?

In this article, we are going to talk about the Boondock Saints Tattoo. What are they? The meaning behind them, their origin, and five types of boondock tattoos to get. So let’s dive right into our topic.

What is Boondock Tattoo and its Origin?

Boondock tattoos got into a trend after the release of the movie “The Boondock Saints” in 1999. The storyline of the film revolves around the act of punishing sinners and sending them to the god by two twins. The lead characters of the movie, Connor and Murphy McManus, says that they received a message from God instructing them to “destroy all that which is evil so that which is good may flourish.” and then they took up the mission to follow God’s direction.

During the whole movies, the twin brothers recite a family prayer that is written by the movie director Troy Duffy. The prayer isn’t mentioned in the bible or any holy book, but the ending lines are mentioned in the bible that is “E Nomini Patri, et Fili e Spiritu Sancti.” (Translation:- In the name of the Father, the Son, and the Holy Spirit.)

After the movie was released, fans went crazy for the designs of the Boondock Saints.

Also Read: 10 Tiny Meaningful Tattoos To Get Inked In 2019

The Boondock Prayer is as follows:-

“And shepherds we shall be.

For thee, my Lord, for thee.

Power hath descended forth from thy hand that our feet may swiftly carry out thy command.

So we shall flow a river forth to thee and teeming with souls shall it ever be.

The prayer means that the twin brothers are shepherds of the people for God and the power they have was sent from god’s hand. They promise to follow God’s directions and submit the sinners to him. The prayer ends with a Latin line, which means, “In the name of the Father, the Son, and the Holy Spirit.” 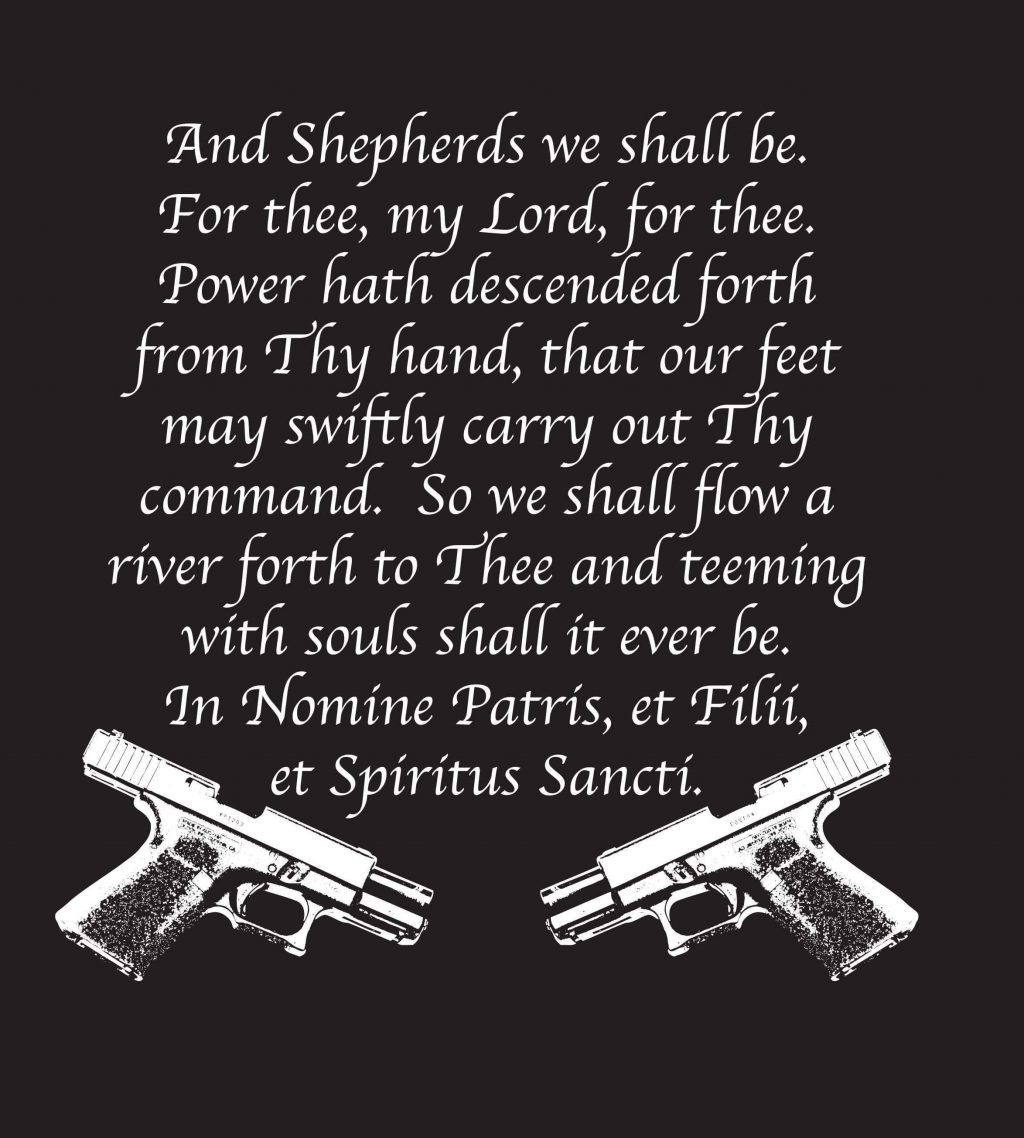 You may have heard one more phrase in the movie, “Veritas Aequitas”. This phrase is in Latin that means, ‘Truth and Justice.’

The prayer may have been written based on the scripture in the Bible. As the Bible also describes, “the punishment is given to sinners by the god.” This prayer expresses the message well.

There are many more signs and texts that are popular among everyone for getting a tattoo on the body. Here below, we have mentioned five of the best boondock tattoos to get. 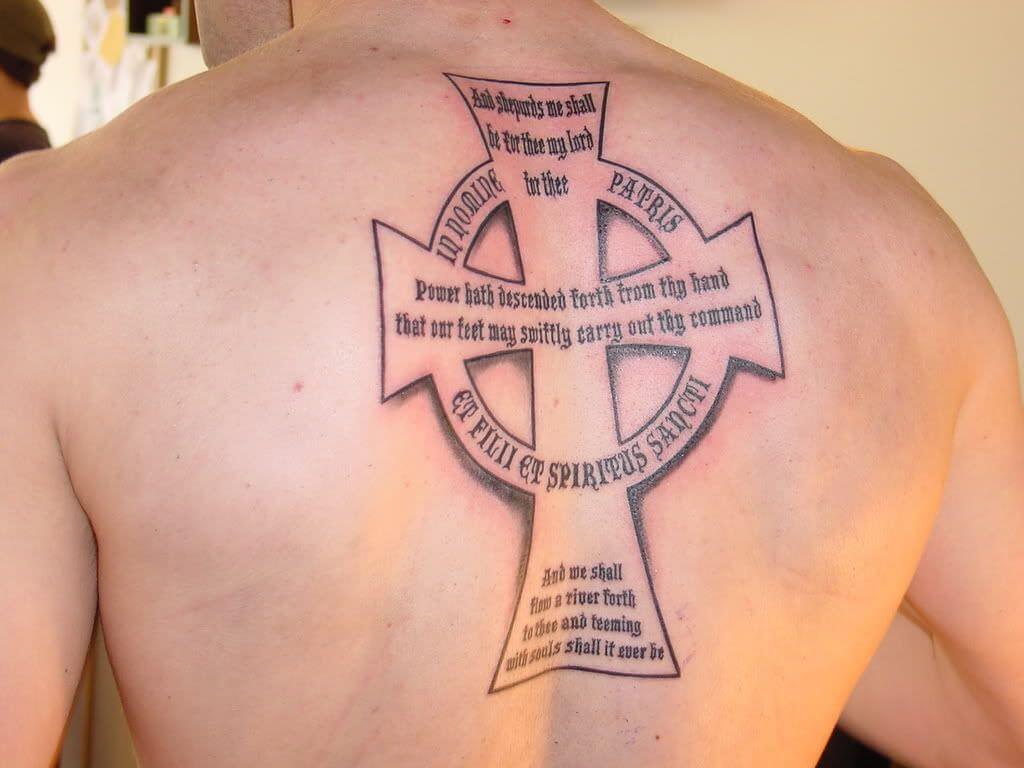 The prayer recited in the movie has a deep meaning behind it and teaches high values. If you are also motivated enough by the prayer, get it tattooed on your back as it is in the above picture. The prayer is written in the holy cross, and this is going to be a huge tattoo. 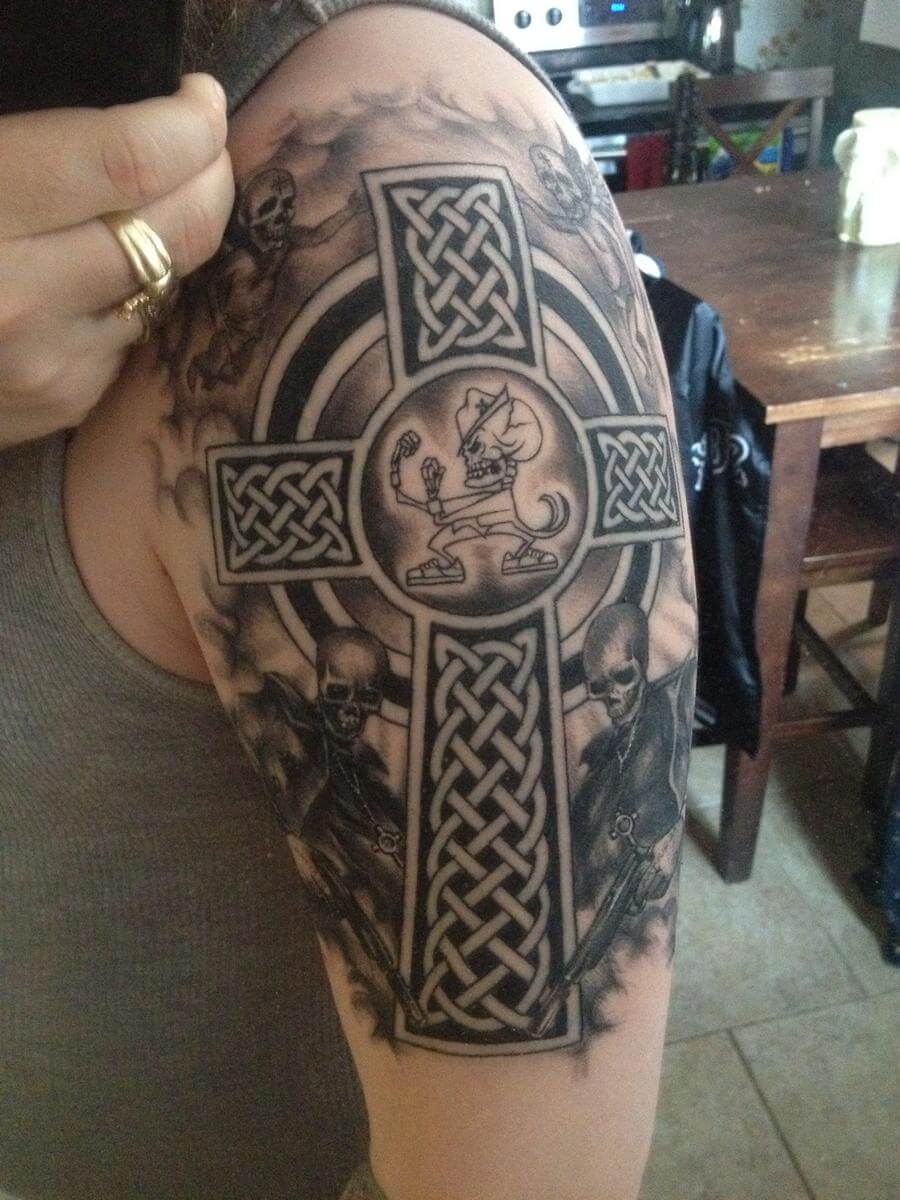 The holy cross shown in the movie was also admired by many. Hence it became The Trend in the Tattooing Industry. People started getting inked this holy cross either larger version or the smaller one. The above picture is of the holy cross, and it accurately describes that evil should be punished, and punishers have arrived. This tattoo is best for your arm if not there you can get it inked on the back too. 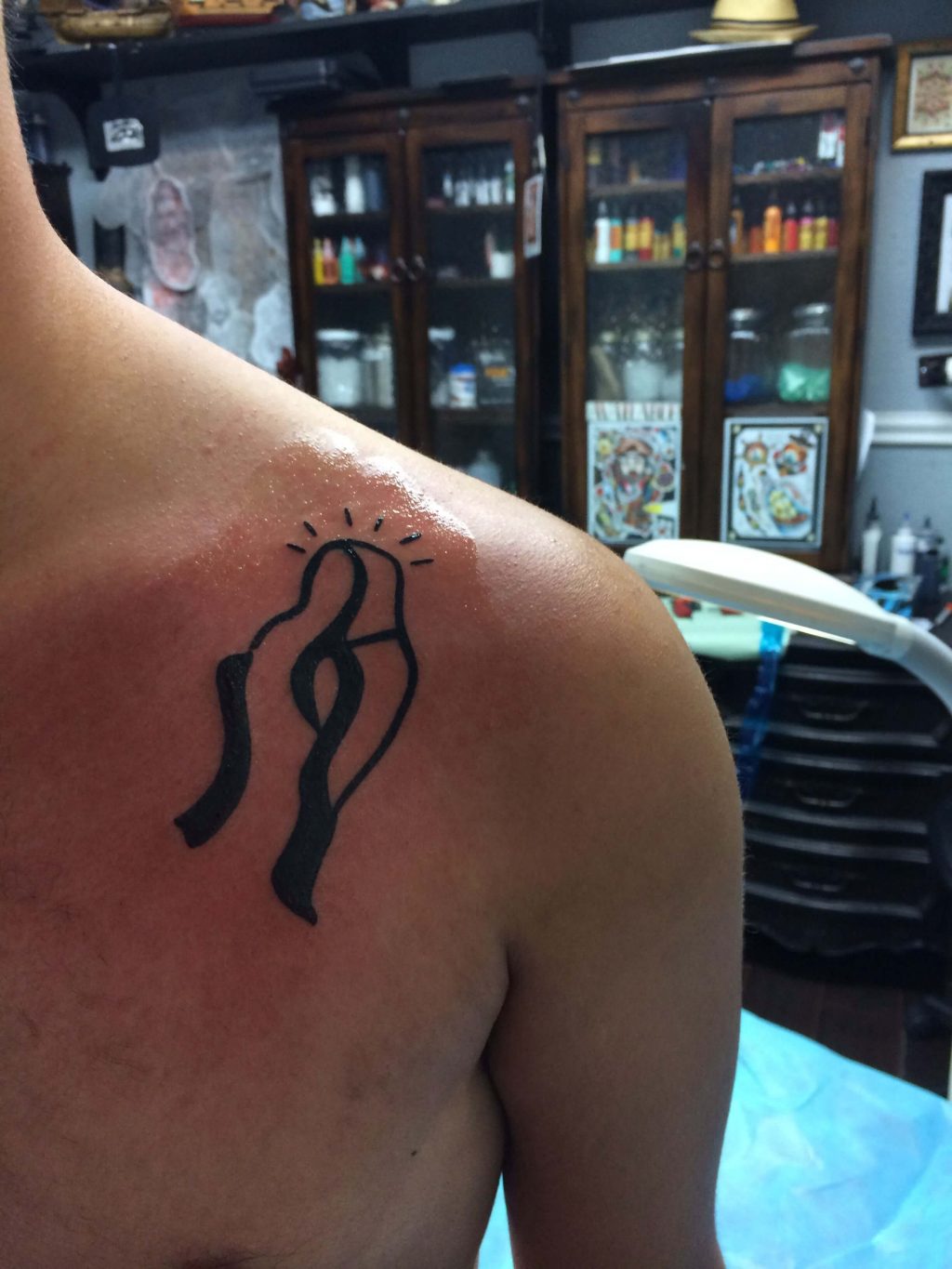 Mary was the mother of Jesus, and as described in the Quran and the Bible, she was a virgin betrothed to Joseph. If you want small but Boondock element tattoos, then this virgin mary tattoo is for you. Look how this guy has got the boondock virgin mary tattoo on his neck and it is undoubtedly impressive. 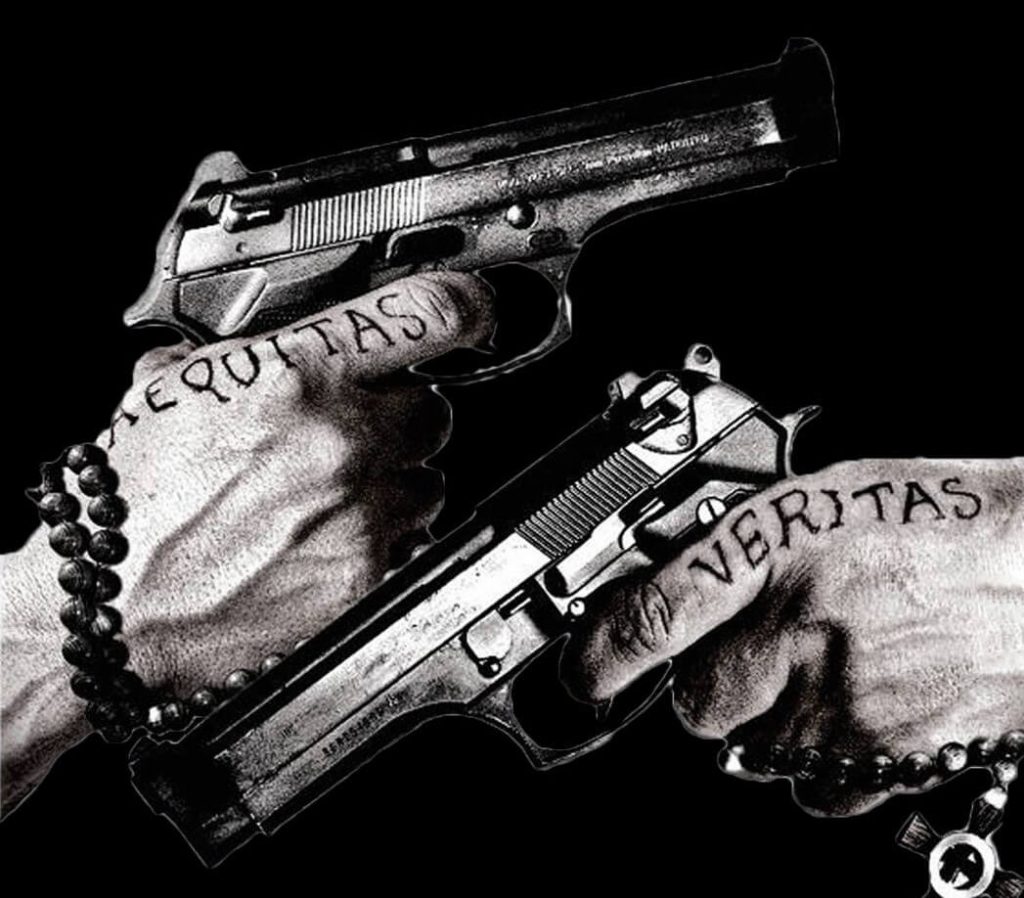 The famous quote “Veritas Aequitas” is ruling the boondock saints tattoo designs and is one of the classic designs too. Either you can get the whole phrase inked on your hand or tell your friend to be your partner in getting truth and justice inked. 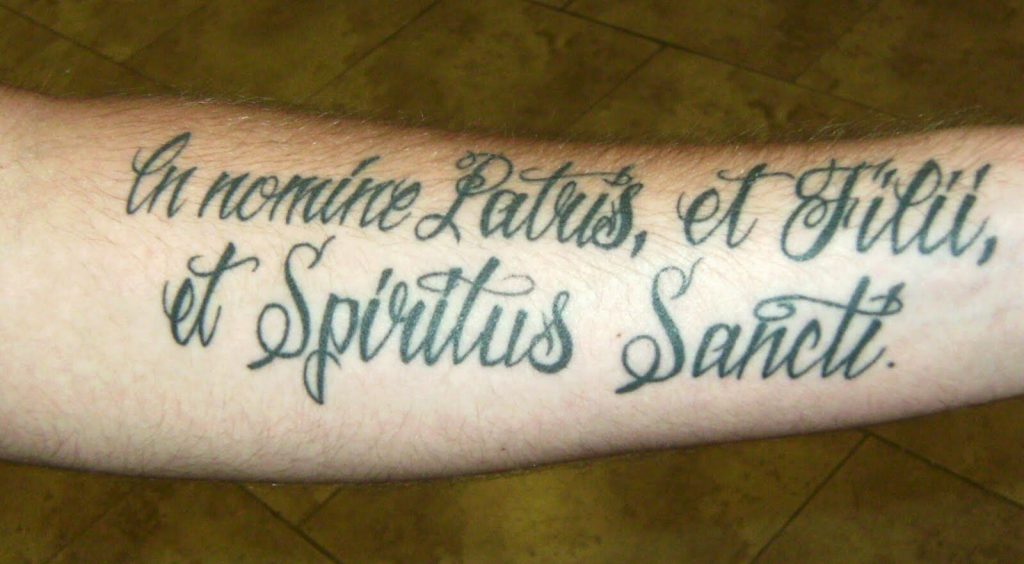 The last line of the prayer “In Nomini Patri, et Fili e Spiritu Sancti” inked on your body will show your faith in the god. This is the texted tattoo, and you can get wherever you want on your body as it can be inked in a smaller version as well.

Here are some Female Wrist Tattoos Ideas to check out.

Above were the best Boondock saints tattoo to get if you are planning to have a tattoo on your body anytime soon. For more ideas on the tattoo design ideas or any fashion tips, Visit Fashionterest.