Gucci, Prada, Dior, or Chanel, which one to go for? These are some top designer brands that are also sustainable luxury brands that we casually mentioned. Just like them, there are 50+ brands that are doing well. And this thing creates confusion on which brand to go for? Imagine someone telling you to choose between Gucci and Armani, how heartbreaking it would be! But let’s face the truth; not every brand can stay on the top.

With all these brands releasing their world-class collection every year on the runways of fashion week held in Paris, New York, Milan, and London, confusion just gets deeper. The more you browse, the more it gets complicated in taking a purchase decision.

What if we tell you that we are here to solve your confusion? Would you believe us? Why not, you should definitely trust us. We are going to do that. This is for REAL.

In this piece of content, you will get the information on designer brands that have ruled the industry for many years and still is on the same path. They have started from zero and reached millions — both in terms of net worth as well as the fan base. From common people to celebrities, everyone is drooling over the brands’ collection.

So without making you wait any longer, let’s directly get into the stores of these stylish and futuristic top designer brands. We are sure after reading the content; there will be a brand that you would want to purchase in the coming year, i.e., 2020. 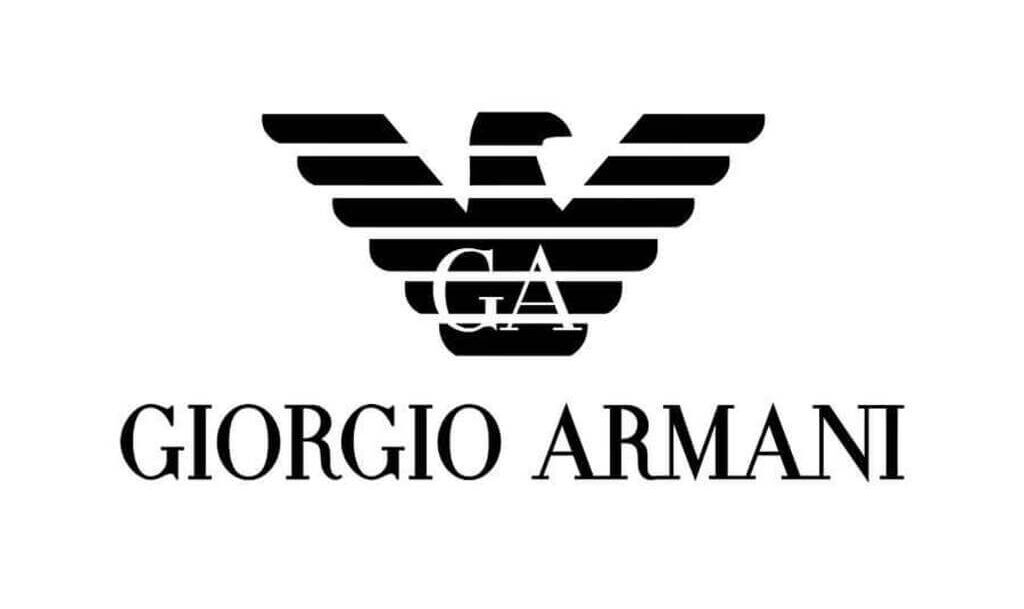 An eponymous designer label formed in 1975 and is an Italian-based brand. A top designer brands known for its luxury items. The designer Giorgio Armani reached the status of ‘most successful designer of Italian origin’ in 2001. The greatest achievement anyone can wish for! Armani admirers and fans are from the executive class people. It has set its benchmark among business professionals since the early ‘80s.
They are best known for suits and formal wear clean, tailored lines from their famous designers. The brand had seven sub-brands of which, it reduced down to three, namely, Armani Exchange, Giorgio Armani, and Emporio Armani. It is one of the most expensive clothing labels in the industry. It produces a wide range of men’s and women’s clothing, accessories, eyewear, cosmetics, and perfumes.
There are many celebrities fans of the brand; it also includes Leonardo DiCaprio. The other stars are Dennis Hopper, David Beckham, Alicia Keys, Beyoncé Knowles, Carole Bayer Sager, Cate Blanchett, Elizabeth Banks, and George Clooney. 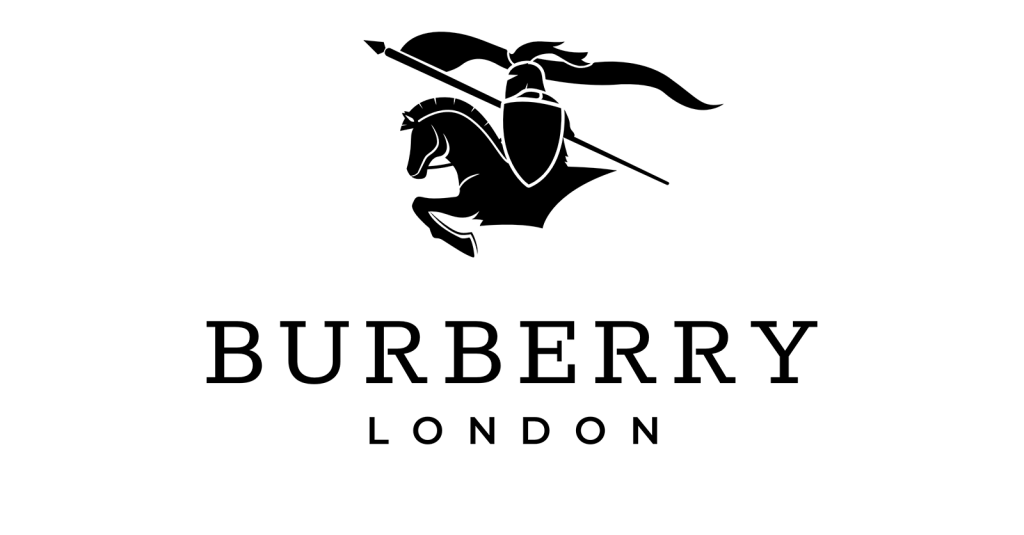 Burberry a Britain’s widely known luxury fashion brand has its headquarters in London, England. Thomas Burberry founded this historic label in 1856. He started with the creation of weatherproof jackets to protect people from cold, harsh weather. And still, it’s known for its outwear pieces made using traditional woven patterns and slick tailoring. Along with its trademark trench coats, and ready-to-wear outerwear, it also markets handbags, fragrances, sunglasses, and cosmetics to this day. In March 2018, it elected Riccardo Tisci as its head designer; this was enough to catch the eyes of celebrities and brand lovers.
From the time some of the models have correlated with the brands, like, Rihanna, Madonna, Julia Roberts, Carey Mulligan, Kendall Jenner, Irina Shayk, and Cara Delevigne. 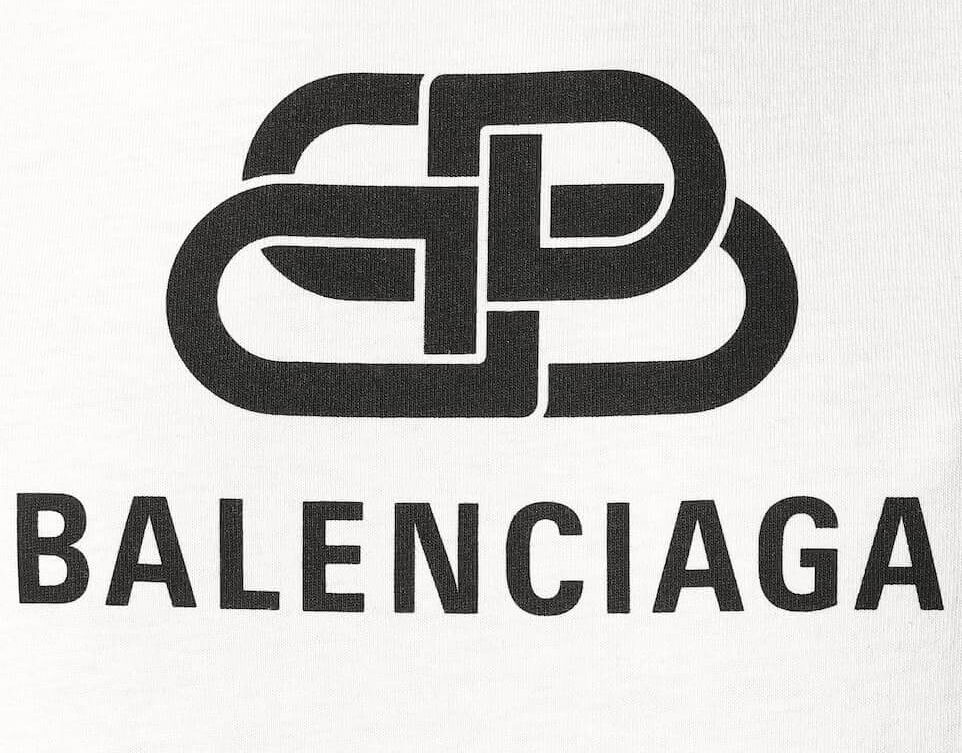 Balenciaga is one of the best designer brands founded in 1917 in San Sebastian, Spain by Cristobal Balenciaga (Basque designer). By the time it developed a reputation for its excellent quality and high standards of womenswear and tailoring, with his bubble skirts and contemporary silhouettes that later on became his trademark. He toned the skills of Oscar de la Renta and Hubert de Givenchy, great designers who now have their own stores. Designer Demna Gvasalia reinvented Balenciaga with its new collection based on streetwear and athleisure feel, and the new designs attracted millennials and Gen X consumers.
It designed French Olympic team outfits in 1992 and favored by models by Sinéad O’Connor, Nicole Kidman, Kylie Minogue, and Madonna. The designer pieces of this brand are often seen on Lara Bingle, Cardi B, Kim Kardashian, Sienna Miller, Jennifer Garner, and Chloe Sevigny. 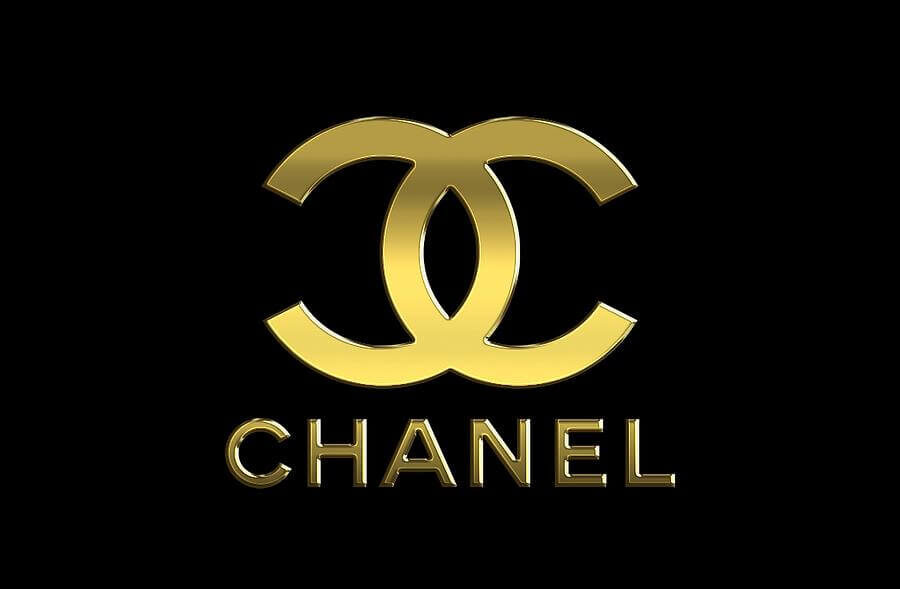 Chanel founded by the former singer and fashion designer Gabrielle “Coco” Chanel in 1909 as the “House of Chanel”. Coco Chanel focused on creating minimalistic and elegant designs that influenced women to move away from the excessive and maximalist designs of the 19th century. The French fashion house focused on creating clothing, handbags, sunglasses, footwear, cosmetics, fragrance, jewelry, belts, and small leather goods. But has specialization in haute couture and ready-to-wear ensembles.
Some of the celebrities associated with the brand are Catherine Deneuve, Vanessa Paradis, Nicole Kidman, Audrey Tautou, Keira Knightley, Kristen Stewart, Margot Robbie, and Marilyn Monroe. 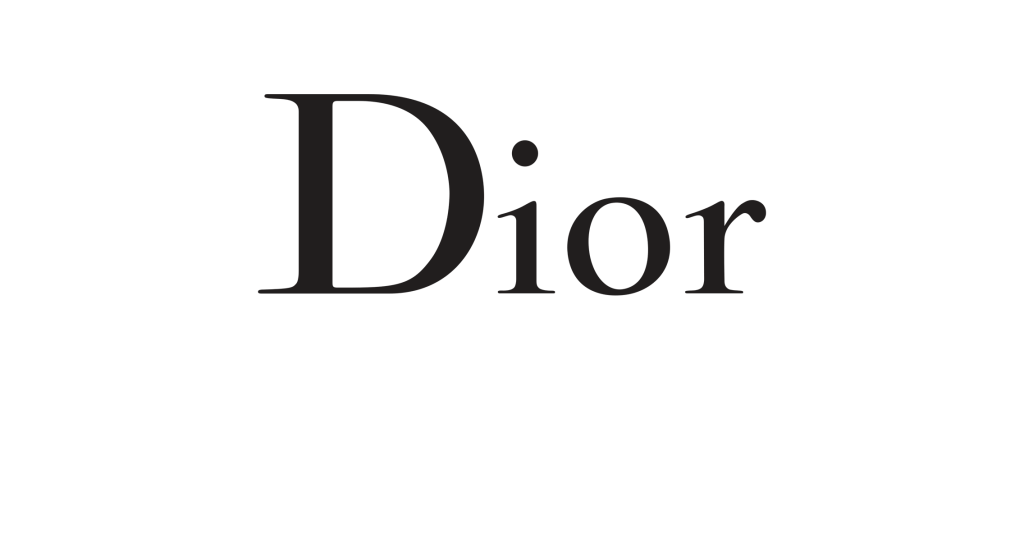 Christian Dior SE founded in Paris in 1946 by the designer Christian Dior. The eponymous designer label primarily specialized in clothing for women, handbags, footwear, jewelry, sunglasses, fragrances, cosmetics, and skin products. Raf Simons is the current designer in the house. The designer brand focused on women wear only until it branched out to create a Dior Homme collection for men. In the 1950s and 1960’s, the brand was famous among royalties for its evening gowns. Even modern designers also take Dior’s gown as an inspiration.
Dior has always selected the best of celebrity ambassadors to promote its designs. This includes Carla Bruni, Charlize Theron, Marion Cotillard, Natalie Portman, Rihanna, Jennifer Lawrence, Jhonny Depp, Angelababy, and Cara Delevingne. 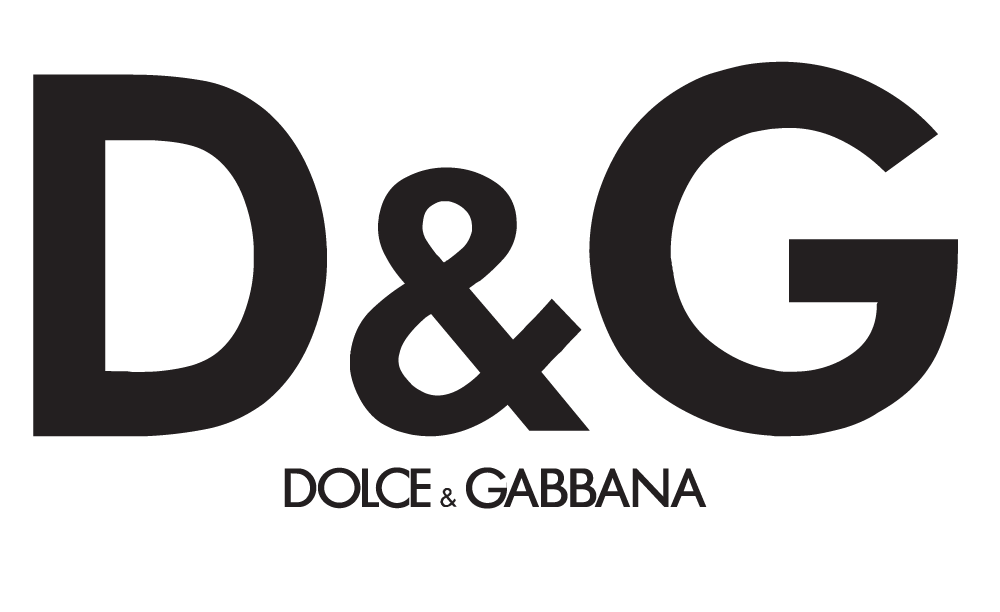 Dolce & Gabbana founded by designers Domenico Dolce and Stefano Gabbana in 1985. It is an Italian-based brand. Started with women’s clothing in 1985 and added a menswear collection in 1992, the brand has grown so well so far. Dolce & Gabbana is now providing a wide variety of fashion products, including clothing, footwear, watches, jewelry, perfumes, handbags, sunglasses, and cosmetics.
Many famous celebrities and models associated with this brand such as Beyoncé, Kylie Minogue, Missy Elliott, Mary J. Blige, Emily Ratajkowski, Ashley Graham, and Vittoria Ceretti. Anne Hathaway, Emma Roberts, and Eva Mendes are often seen in the pieces of Dolce & Gabbana. 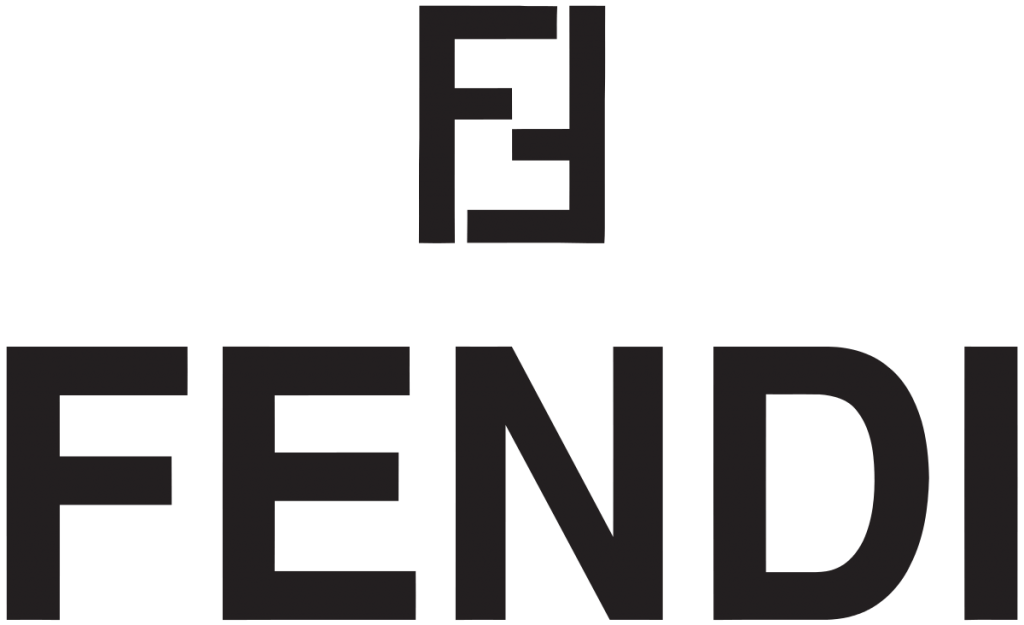 In 1925, Italian designers Adele and Edoardo Fendi decided on creating a brand in Rome. And named it Fendi. The luxury brand designs fur, ready-to-wear clothing for women and men, shoes, fragrances, sunglasses, watches, small leather goods, and handbags. Fendi is also a bonafide family business and the current creative director for accessories and menswear is the founder’s granddaughter Silvia Venturini Fendi. The brand is famous for its FF logo.

Fendi thought of the best way to revive in the social era, where there are 100+ brands. They took the help of social media to revive in the struggling time. The brand noticed the boost after celebrities like Kim Kardashian, Nicki Minaj, and Kylie Jenner wore Head to toe Fendi for their Instagram accounts. To add more, sisters, Bella and Gigi Hadid are also major proponents of the Italian label. 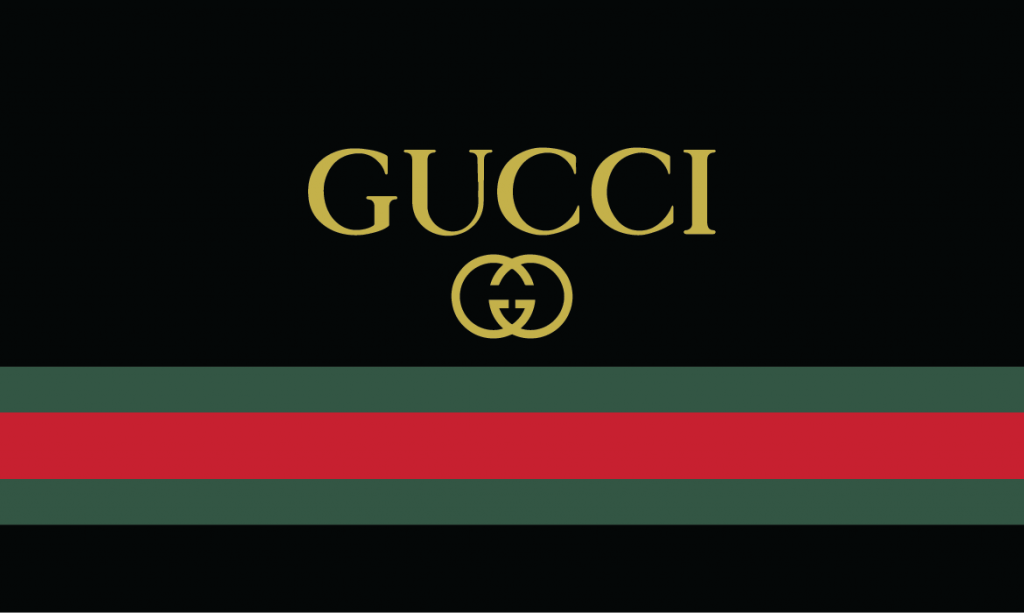 Gucci is one of the best designer brands and is Italy-based founded by Guccio Gucci in 1921 in Tuscany. Since 2015, Gucci has remained on the top in the preference list of millennials and has gone to become Italy’s top-selling label. All this happened under the direction of the famous designer of Alessandro Michele. Gucci got famous after the production of its cotton canvas handbags having a double G monogram with red and green bands on it during WWII. The most famous products of the fashion house are its GG logo belt, flip-flops, and shoes.
Rihanna, Brad Pitt, Blake Lively, Rachel McAdams, Harry Styles, Kylie Jenner, and Salma Hayak seen many times in Gucci’s ensemble for red carpet events. 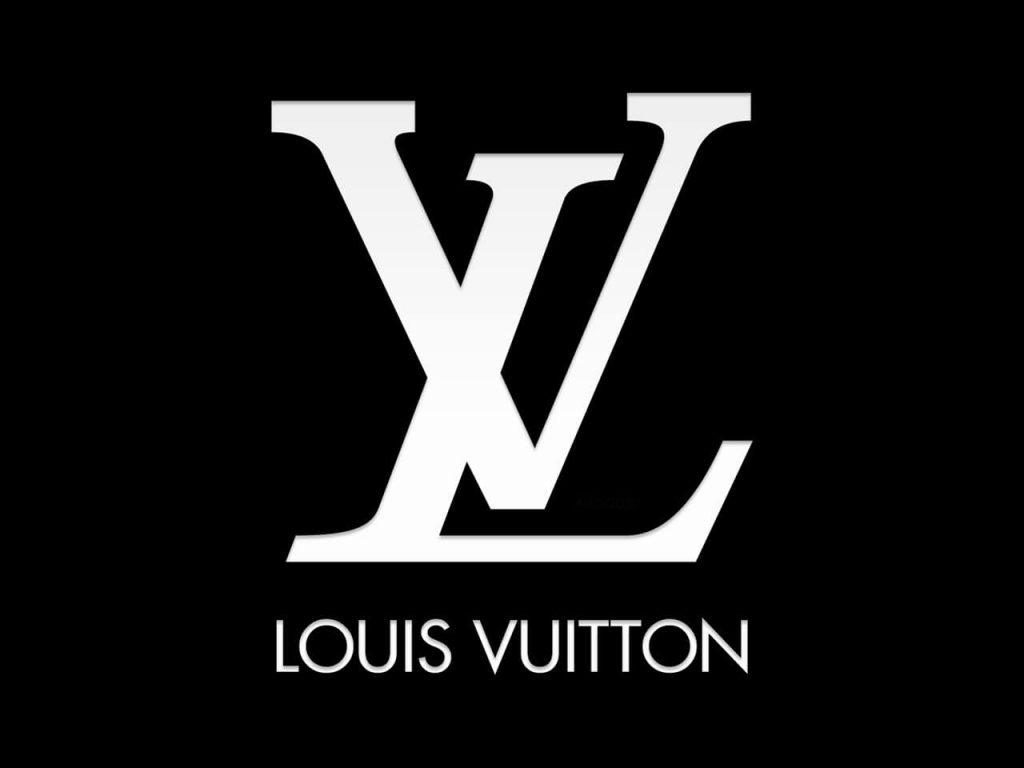 Louis Vuitton is an admired French fashion brand founded in Paris by creative designer Louis Vuitton in 1854. It is one of the leading Maisons in the world. The fashion house is famous for its trademark LV monogram that appears on most of the products. Now LV creates a vast range of extravagance products from luxury luggage to stationery (including ready-to-wear clothing for women and men, bags, belts, small leather goods, jewelry, sunglasses, and shoes).
Louis Vuitton has earned a special place in the hearts of big names from the rap and hip hop industries. Including A$AP Rocky and Kanye West who are regularly spotted in the brand’s clothing. Ariana Grande, Hailey Baldwin, Taylor Swift, Rita Ora, Kate Moss, Kim Kardashian, Kendall Jenner, Nicki Minaj, DJ Khaled, and Selena Gomez are other celebrities who love the brands’ vibe on their body. 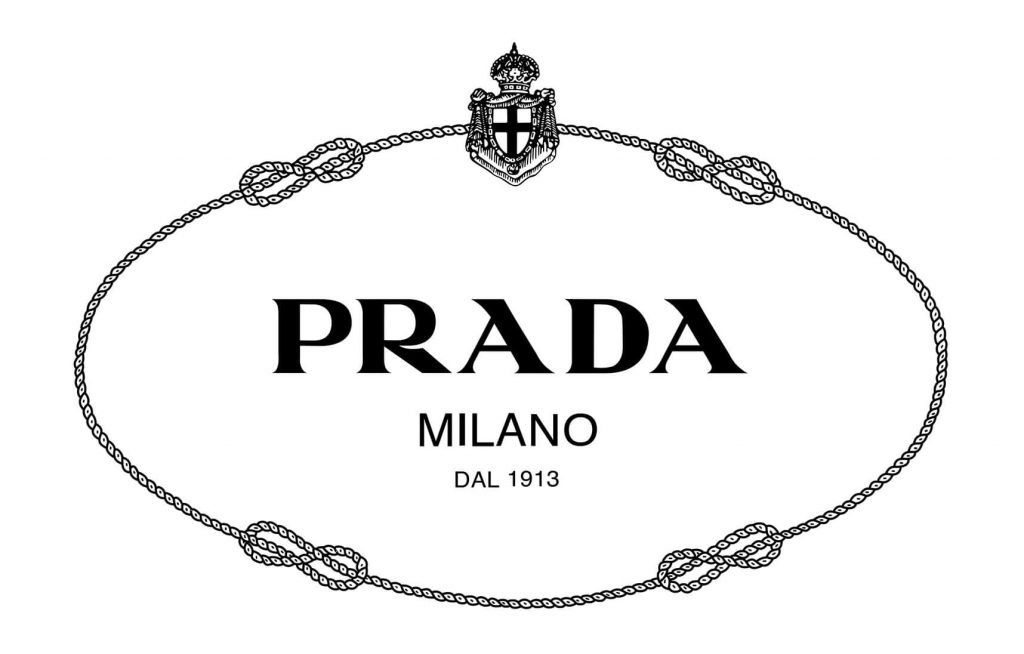 Prada is an Italian luxury fashion designer brand founded by Mario Prada in 1913. The designer has a specific specialization in designing leather handbags and accessories. Along with it, he is also an expert in designing shoes, and ready-to-wear clothing for men and for women. This brand also produces fragrances and cosmetics. Mario’s granddaughter, Miuccia Prada, joined the family business in 1970 and took the position of head designer in 1978, a position which she holds to the present day.
Actresses like Nicole Kidman, Michelle Williams, Gwyneth Paltrow, Rachel Weisz, and Carey Mulligan regularly adore Prada on the red carpet. Influencers like Bella Hadid, Kaia Gerber, Rita Ora, and Hailee Steinfeld fuse Prada accessories into their street style fashion. 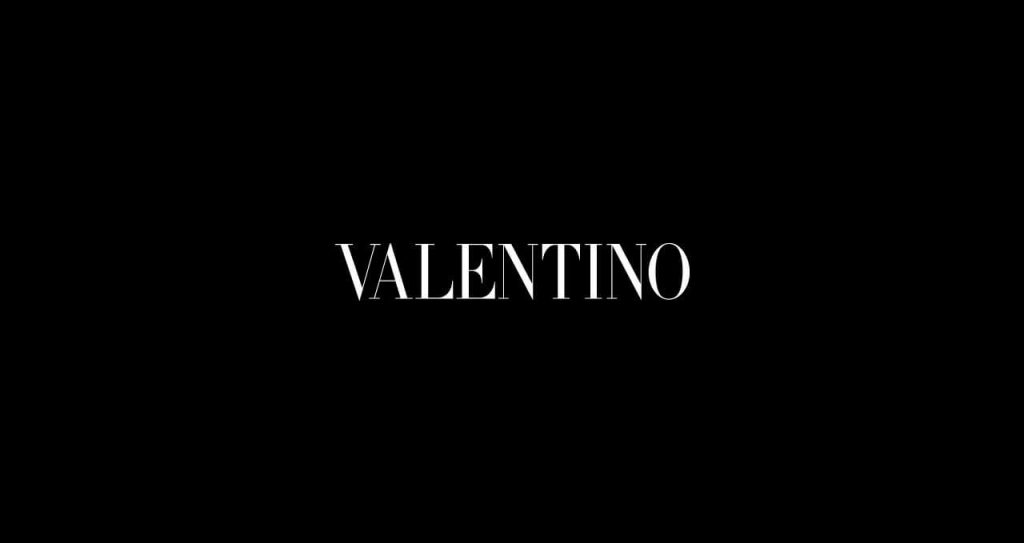 Valentino, an Italian designer brand, founded by designer Valentino Garavani in 1960. He spent years working in Paris, then decided to open his own fashion store, where he focused primarily on women only. Known for its Haute couture and fabric shade “Valentino red” has been a hit on the international events as well as runways. Valentino has an extensive variety of products, from shoes to clothes (shoes, bags, eyewear, scarves, ties, fragrances, and clothes).
This brand has celebrity customers who wore Valentino on their wedding Elizabeth Taylor, Jennifer Lopez, Anne Hathaway, Courtney Cox and Princess Madeleine of Sweden. Julia Roberts, Gwyneth Paltrow, Cate Blanchett, Penelope Cruz, and Keira Knightley are other models who often opt for this brand. 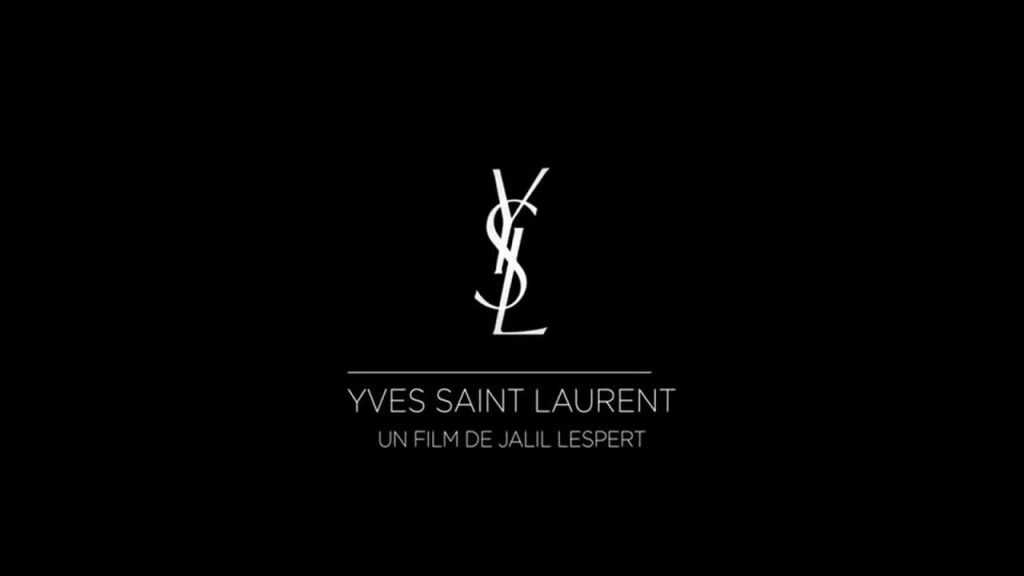 Yves Saint Laurent or Saint Laurent (one and the same) is a French luxury fashion house formed by the designer Saint Laurent and his partner, Pierre Bergé in 1961. The brand flourished its haute couture collection under the direction of Hedi Slimane in 2015. The brand is widely known for its womenswear collection, and all thanks go to the designer’s obsession with the female form. Started with just womenswear and now creating a vast range of fragrances, cosmetics, handbags, footwear, and jewelry. The famous and unique product of the YSL is its sandals which have stilettoes of its logo’s shape.

Kate Moss, Margot Robbie, Angelina Jolie, and Jessica Chastain are the celebrities that love this french brand from the core. 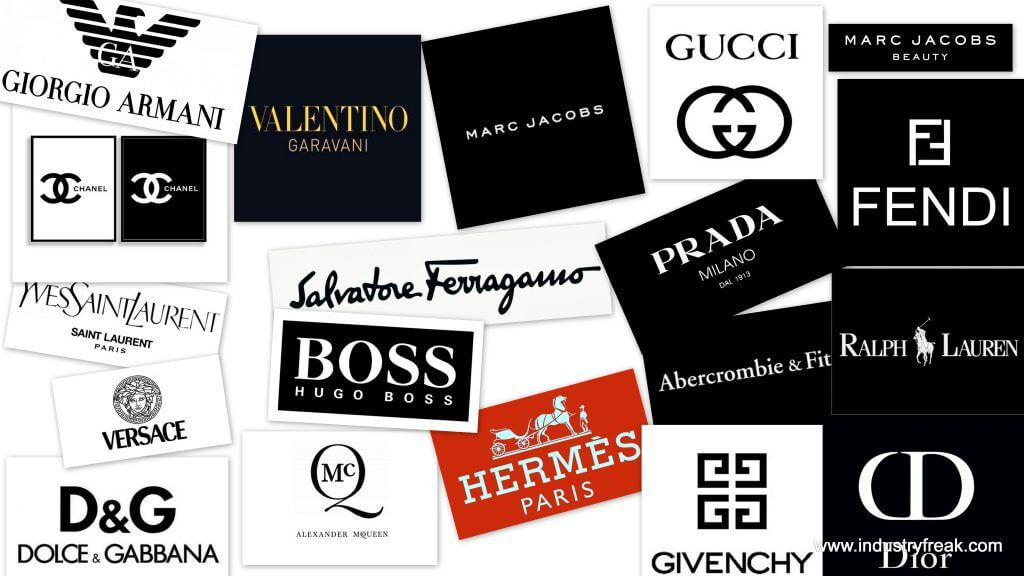 Now you know everything about the top designer brands, from their incorporation to their products. Select any of the above, and we are sure you won’t regret the decision. Every brand has its own specialty. Some are famous for their formals, some for streetwear, some for trench coats & outerwear, and some for ready-to-wear. Whatever you are looking for, you will find there, from clothing to accessories to footwear.