In the world that we live today, after money, appearance matters the most! Men and women of all ages want to look good and confident in their bodies and overall looks. As compared to men, women seem to get more worried about their appearance and how they look. So, they’re trying weight loss to weight gain diets to get the perfect body shape!

But how skinny is perfect?

Some women fall into the trap of being skinny, which means more attractive. These women of different age groups are obsessed with staying fit and slim. To be considered sexy and hot, they’ve gone through some serious diets, now becoming a major health concern worldwide.

Do you know who the skinniest person in the world is?

You’ll be surprised to know that apart from one skinny person in the world, there is actually not one but many people who come under this list. Are you interested to know more about these people? Keep reading this post!

Today in this post, we’ve gathered up some of the skinniest and thinnest people in the world. From their weight and height to how they become this much skinnier, there are so many fascinating things about these people.

7 Skinniest People in the World 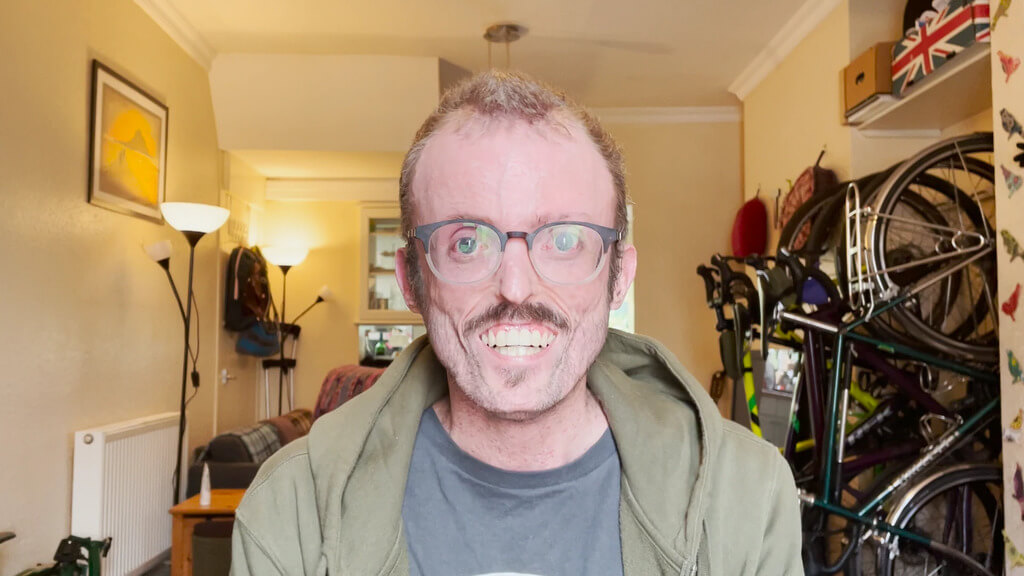 Tom Standiford is the skinniest person in the world. He was born on 1 July 1989, is a British citizen, and is a professional cyclist. He also suffers from a rare condition that prevents the human body from storing fat.

He is not the only one; seven others also suffer from this MDP syndrome. Doctors and researchers can still not find the real cause behind this condition. There are many meticulous explanations, but the real cause is still a mystery, and to date, the treatment of this disease is untreatable.

Tom Staniford is over 25 years old with a height of six feet three and a weight of about 66 pounds. He is married to Alice and happily living a normal life with his family. He is a motivational speaker and also wants to follow his dreams. His wife is also a great supporter and inspiration in his life. No medical condition can stop him from following his dreams and success, both professionally and personally. 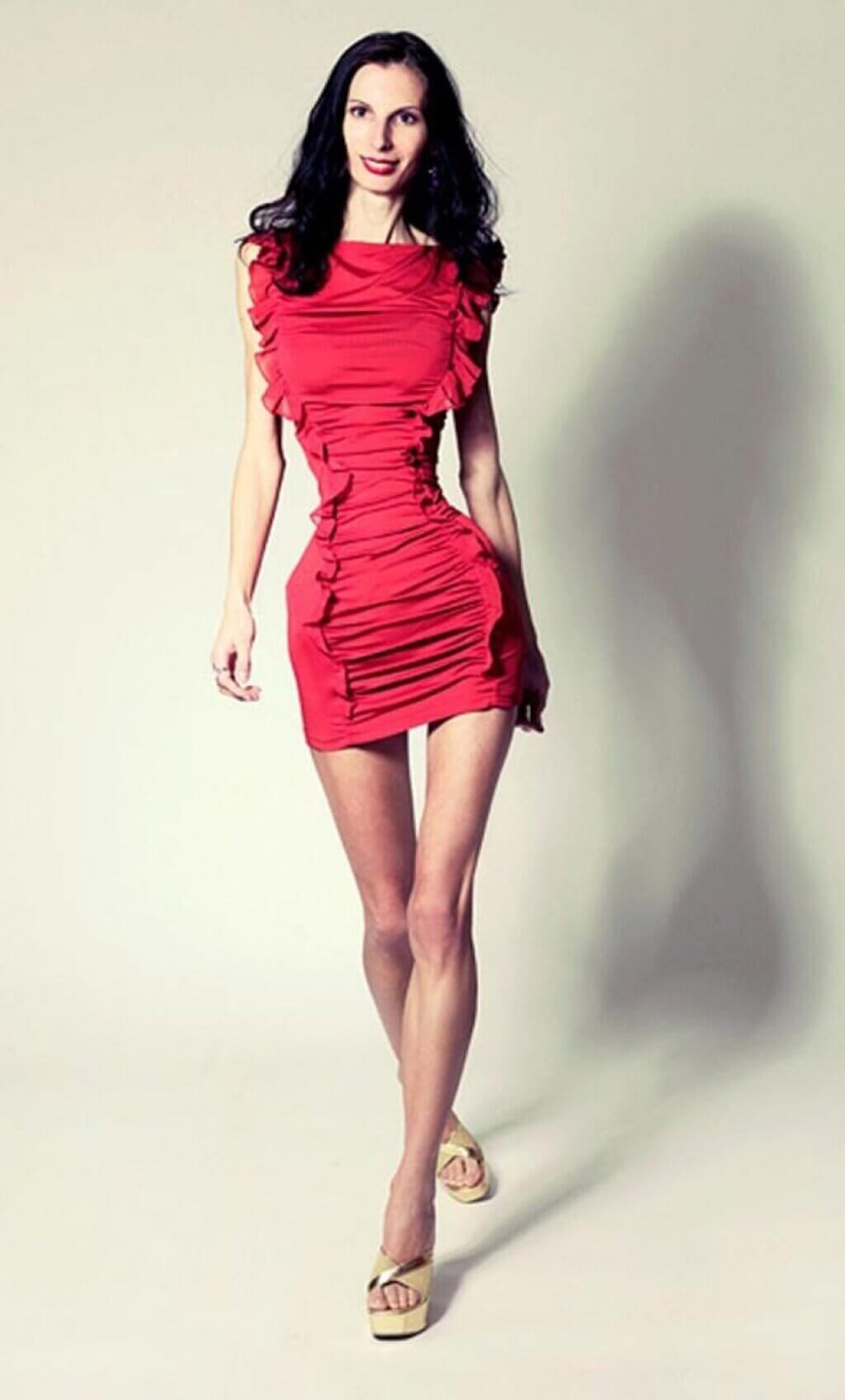 With a 20-inch waist, Loana Spangenberg is the skinniest (waist-wise) woman in the world. With a weight of around 84 lbs and a height of 5ft 6 tall, this woman is considered the thinnest body frame. And the great thing is that she is not suffering from any health problems; it is all-natural.

She is a Romanian model who is living her dream life normally. She also claimed that her body is not a result of dietary starvation. In all her interviews, she immediately declines rumors about the anorexic condition. She also explained that she wanted to gain some weight. She has tried a three-square-meal daily of kebab, pizza and crisps, and other junk foods.

She has the tiniest waist, which is just 5 inches bigger than a CD’s circumference. She has the perfect 32-20-32 body figure; that’s why people gave her the nickname of the human hourglass. 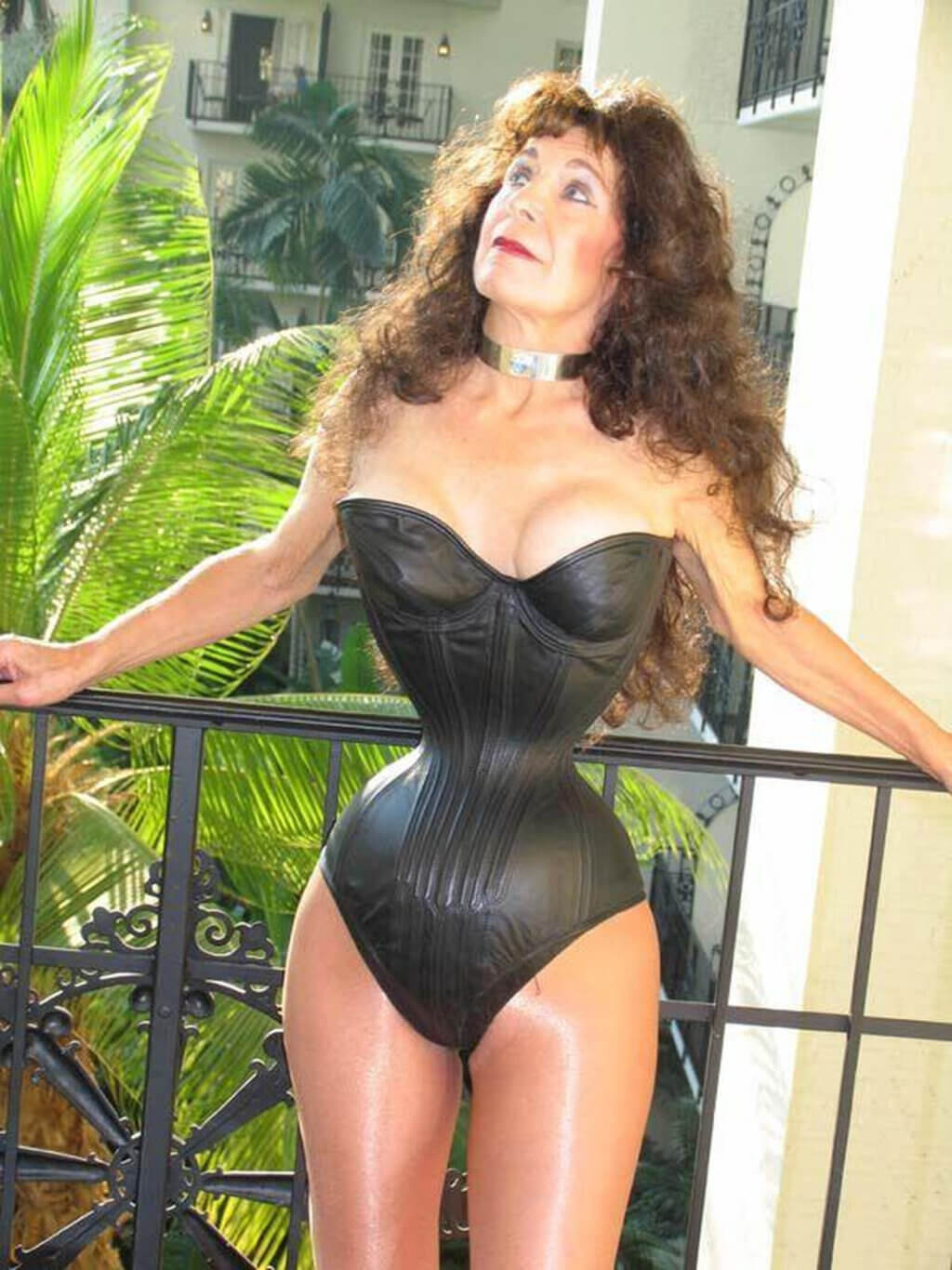 Known as the Corset Queen, Cathie Jung is another woman on the list of the skinniest person in the world. She has an ultimate thin waist of 15-inch waist (38.1 cm) which she attains with the help of wearing corsets over a long period. That’s why she is also considered a woman with the smallest waist on this planet.

Born in 1937, Cathie Jung expressed herself as an American corset and dress enthusiast. She’s 5 ft 6 in tall and also holds the Guinness-World-Record as the woman with the smallest waist ever to live.

Cathie explained that she wore a corset for the first time at her wedding in 1959. And she loved it so much that she kept wearing corsets ever since. She wears them all the time, which means 24 hours a day. Cathie Jung is almost 70 years old with 43 kg of weight. Isn’t it an interesting story about a skinny person in the world? 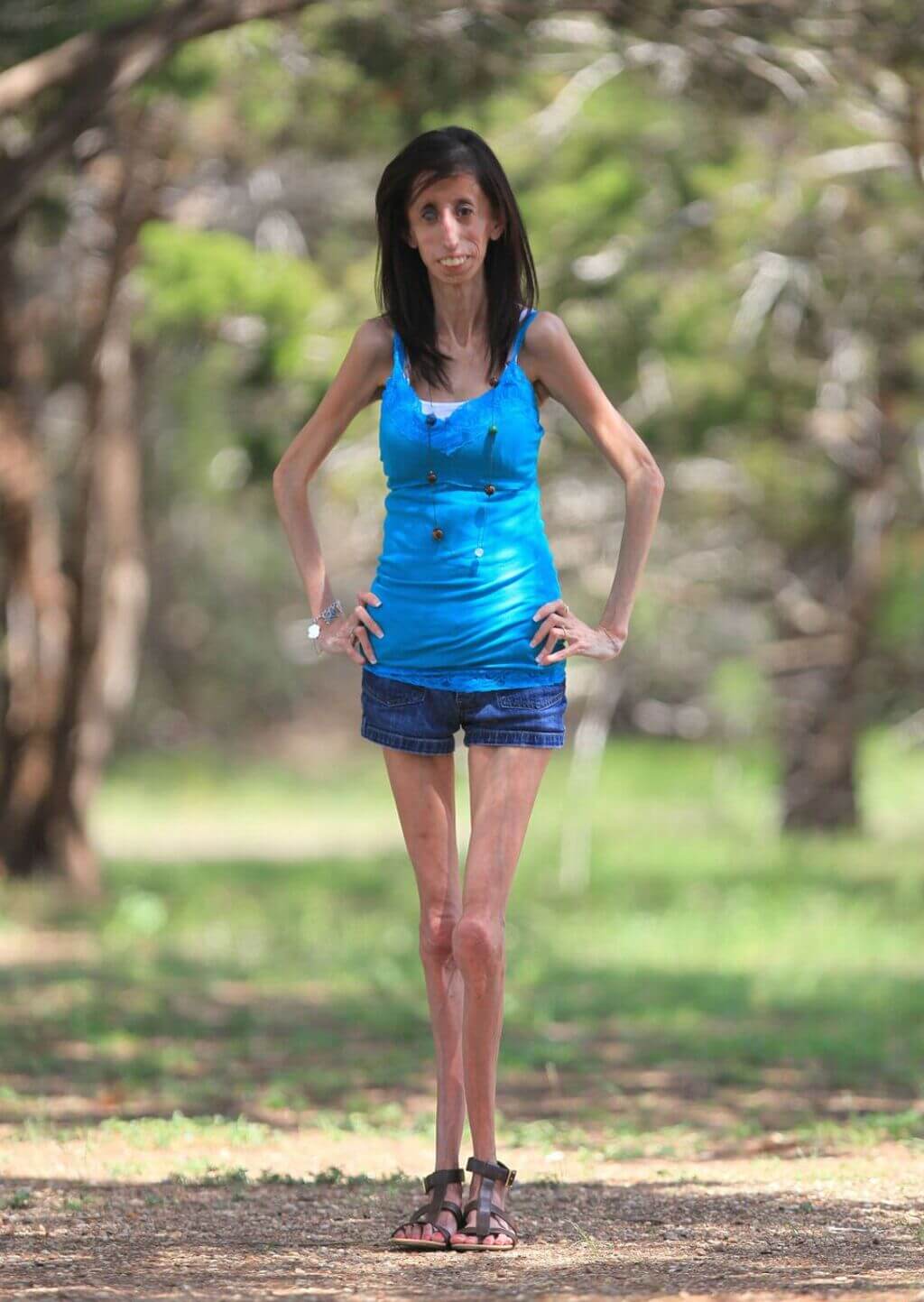 The next person on the list is Lizzie Velásquez. Born on 13 March 1989, she is also considered one of the skinniest person in the world. With a weight of 58 lbs (26 kg), Lizzie Velásquez is actually suffering from Neonatal Progeroid syndrome (NPS). This medical condition causes premature ageing, just like progeria, and only three cases have been reported today in this entire universe.

Her condition is so serious that she needs to eat every 15-20 minutes just to survive. She has to take at least 5000 to 8000 calories per day which explains her skinny body condition.

Despite her medical and health issues, she is living her life and inspiring others. She is a renowned motivational speaker and author. Since 17, she has been attending various workshops, and till now, she has attended over 200.

A girl from Monaco is also the world’s skinniest woman; her name is Valeria Levitin. She has only 50lbs or 27 kg weight, which is quite small for a woman her height and age. That’s why she is the world-skinnest person.

She is suffering from extreme cases of anorexia. This all started when Valeria was in the practice of extreme dieting. After years of doing this, she started to experience anorexia. She also has tried to regain her lost weight, but nothing seems to work!

Valeria Levitin is a living example for young girls who are trying and looking for severe methods to lose weight. She was Miss Chicago, and her condition resulted from her extreme dieting to become attractive. However, this method backfired, and she ended with an irreversible condition.

Her story inspires us and opens our eyes to the fact that not every method is safe to use on our bodies. A doctor’s consultation and the right treatment are necessary to maintain a healthy lifestyle. Valeria has been on a tour in which she visits different parts of the world to warn girls and women of all ages of the dangers of having extreme diet plans. She wants to recover from this condition and wants to live a healthy and happy life. 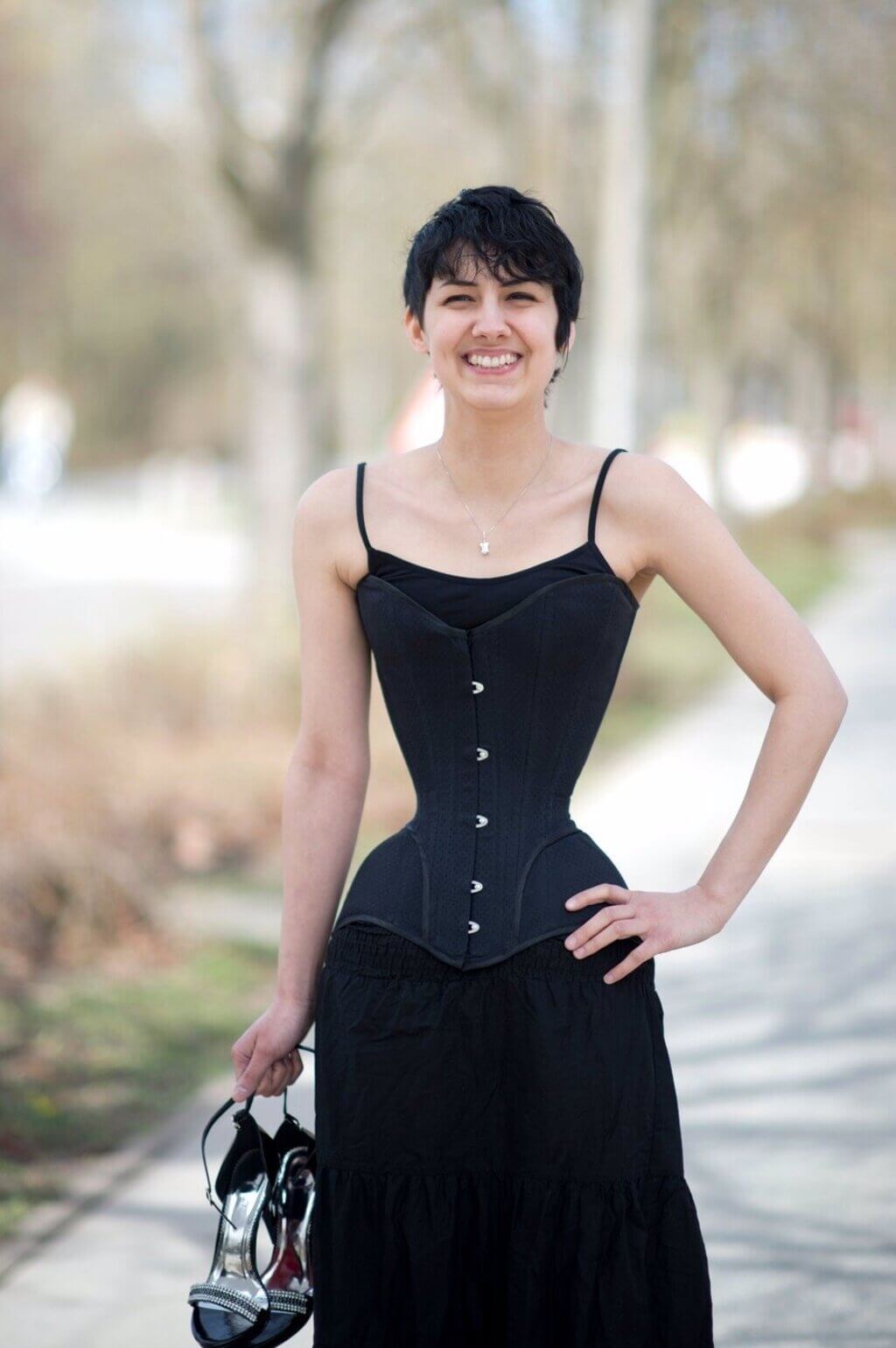 Here’s another girl who loves to corset, Michele Koebke. She is a 24-year-old German girl who wears a corset 24 hours a day. Why? That’s because she wanted to have the smallest waist in the world. How small? She wanted her waist to be as small as 16 cm. She comes on the list of women who have an extremely little waistline.

Michele Koebke wishes to set a new record for the World’s Tiniest Waist. That’s why for the last three years, she has worn corsets day and night. She only takes her corset off when she showers; other than that, she always wears them. However, this practice is not good and affects her health.

She really admires the 19th-century waist fashion silhouette inspired by wasp. This style emphasizes having clothing with tight corsets to shrink their waist. This is done to look similar to the wasp’s segmented body. 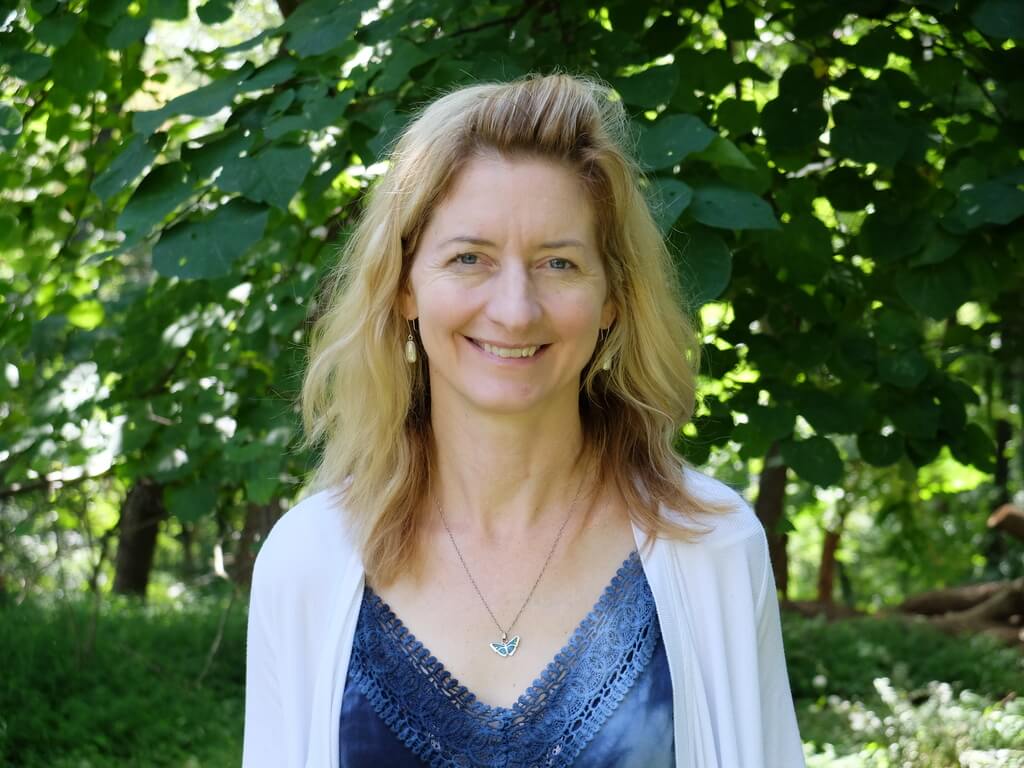 She believes that a woman should have the body of her choice and love it unconditionally.

The last person on our list is Ann Ward. Do you know who she is? Yes, you guessed it right, she is a famous model. Ann Ward is the winner of Cycle 15 of America’s Next Top Model. Her beauty and amazing body figure amaze the judges and the audience.

Her gorgeous body physique and unique personality are one of the best things about her. This skinny woman believes that every woman should have the body of their choice and we should love our bodies unconditionally. Even the New York Post called her one of the “most fascinating contestants.” Her self-confidence and intelligence are definitely a great example for all women and young girls. She has also set the record for most consecutive Best Photos in the competition’s history.

Staying fit and in shape is great, but following fast and unhealthy ways is wrong. Methods like extreme dieting can harm health and cause serious health issues. You can consult a nutrition and health expert to get a perfect and healthy way to either gain or lose weight.

Do you want to read other blogs with unique facts and information? Read our previous posts on the top beautiful black women in the world, the top 10 most expensive shoes in the world, and many more.

For more information about skincare, haircare, or fashion and clothing ideas and styling tips, explore Fashionterest.