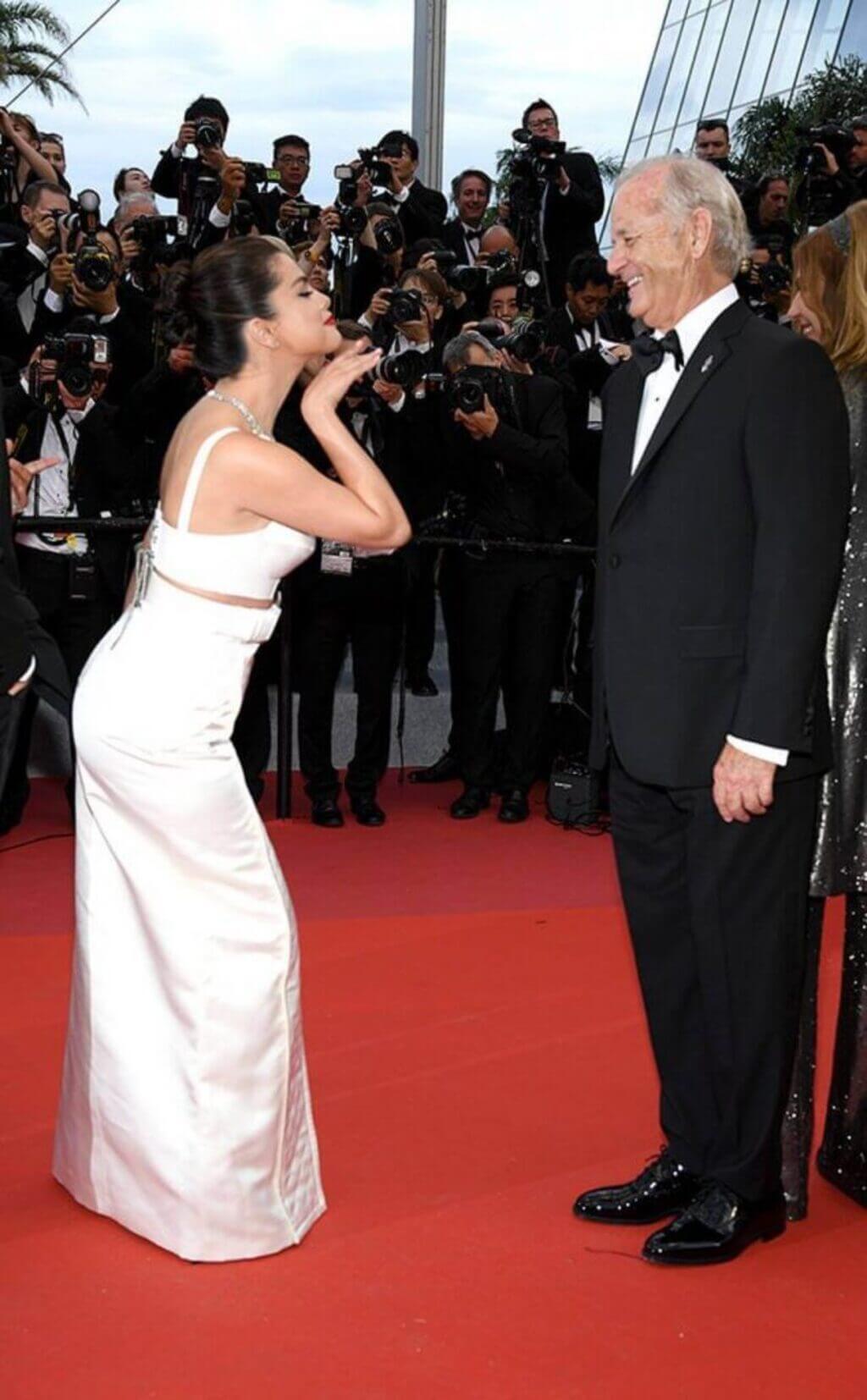 This year something surprising happened at the Cannes Film Festival. On the red carpet in France, Selena Gomez and Bill Murray got a little flirty. Selena Gomez, the successful pop singer, and actress attend Cannes for the very first time. She was here to promote her new film “The Dead Don’t Die” with her co-stars.

She appeared on Red Carpet wearing an outfit from Louis Vuitton of overall White color and with Jewellery from BVLGARI’s. She completely looked gorgeous and classy in cat-eye make-up and red lipstick with the sleek updo. The make-up products used were from Marc Jacobs.

The next day she was in a Blue Pantsuit from Chanel that she elegantly carried to the Cannes. 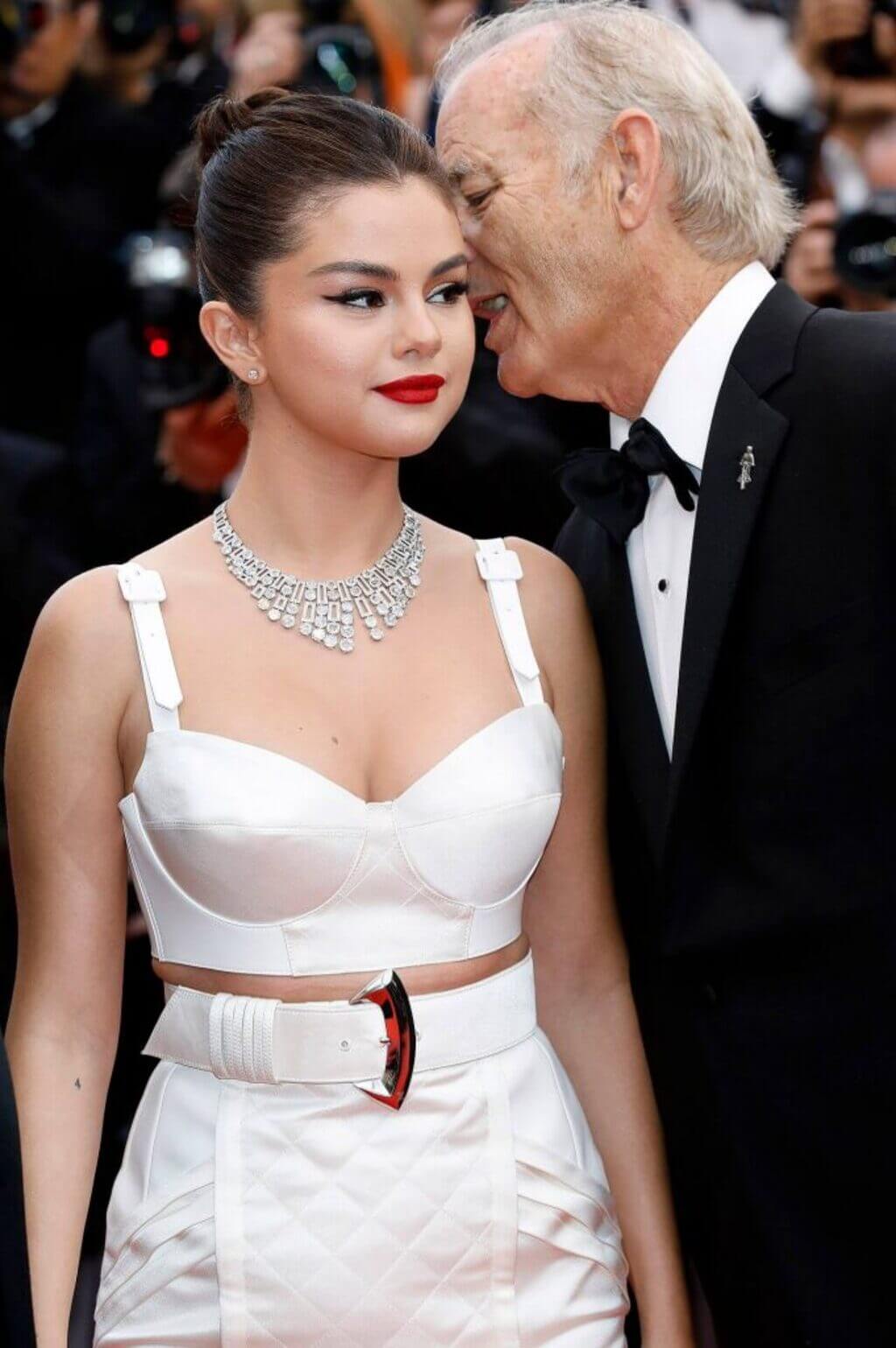 Apart from her looks, her canoodling presence with Bill Murray, the comedian and actor and writer attracted many of us. They were having great company with each other. And photographers could help but capture their sweet moments into their reels. During all these, there was a time when Bill Murray whispered something in Selena Gomez’s ear. When asked he said “I don’t remember what I said. I was trying to keep her at ease.”

After the red carpet, Selena Gomez collected some of her photos from Cannes. And the one with Bill Murray as well and posted them on Instagram with the caption “My first time in Cannes! I’m so honored to have been a part of this movie with Jim and the whole cast.

By the way, Bill Murray and I are getting married.” 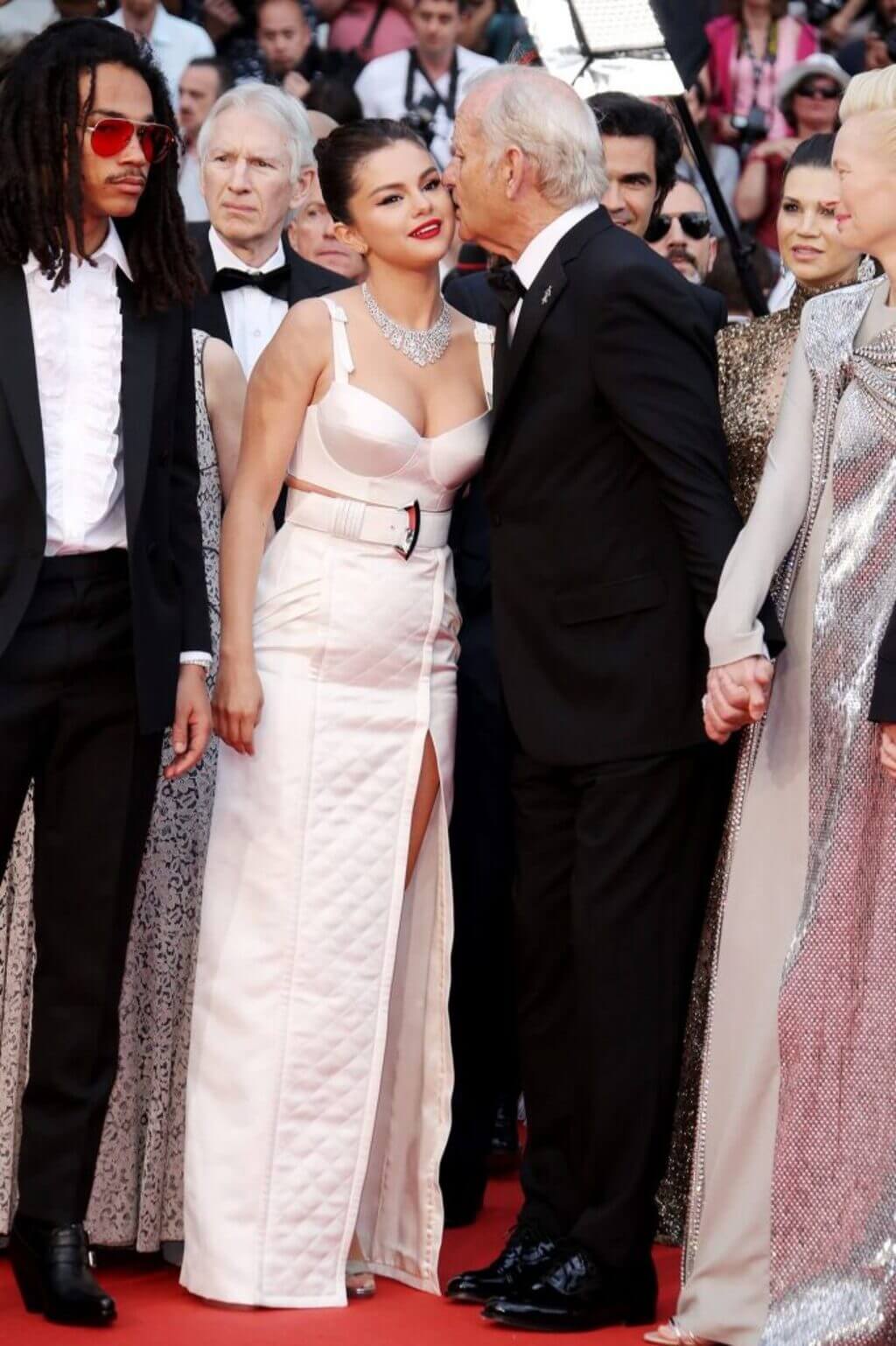 Fans went crazy after her post and especially her Caption. She is obviously ( or hopefully??) Joking, why so serious peeps! Some of the fans were totally shipping Selena Gomez And Bill Murray together while some were ridiculing it. Maybe this was one of the reasons why Selena doesn’t use social media much. She even recently said it was “Terrible”.
Bill Murray expressed her views about Selena Gomez in an interview with Vanity Fair. He said he likes the way Selena Gomez is, the natural one and pure-hearted. He said like Miley Cyrus, Selena Gomez has also struggled with countless problems no matter what the situation was. She has survived her fame from childhood to till now. And she motivates young girls by saying being skinny is not necessary. Eat whatever you want and be happy. He said he feels like acting as her bodyguard to protect her. 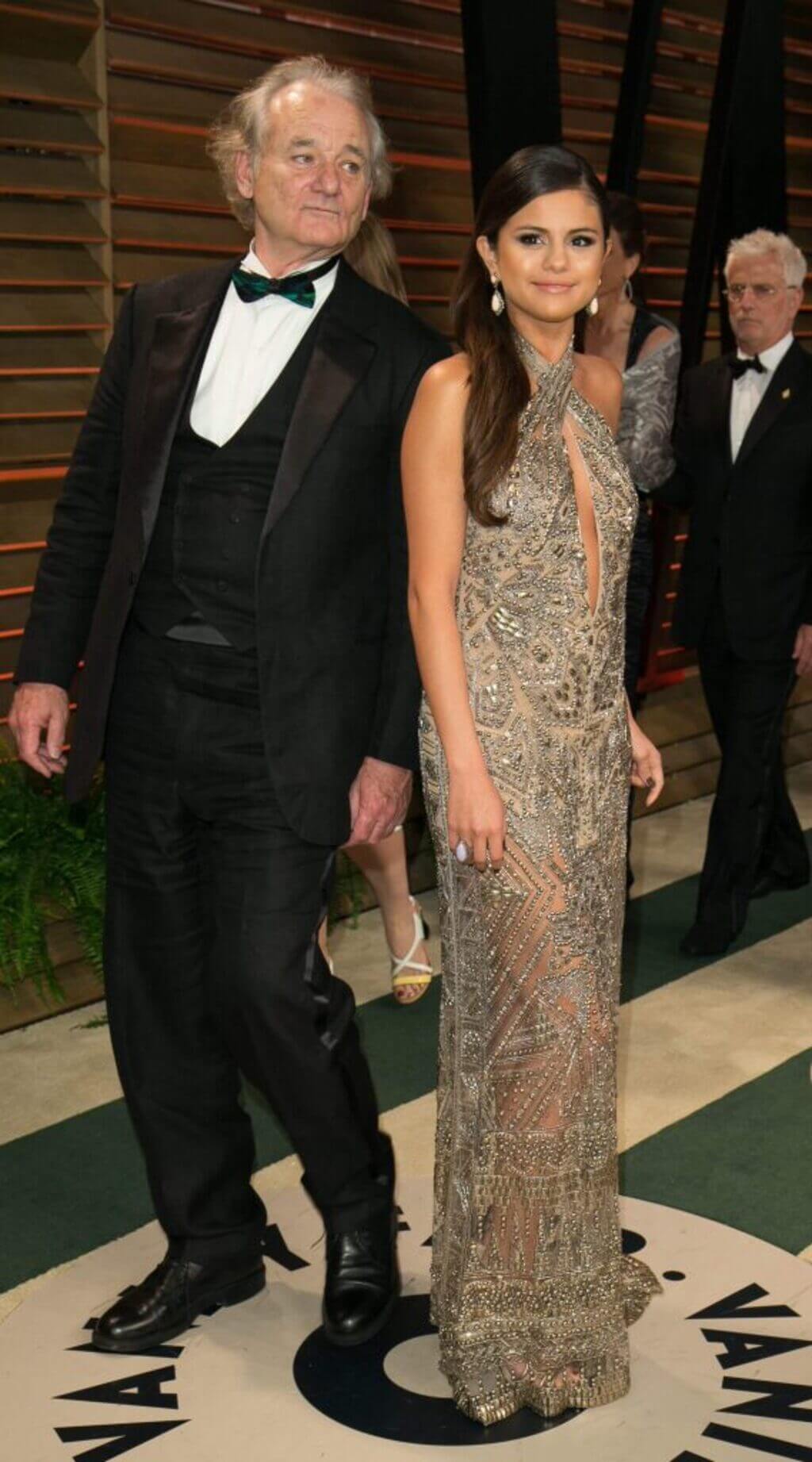 So are they really getting married or not? Who Knows? Probably not (as she is hopefully joking only) but if yes then there are many of her fans who are shipping Selena Gomez And Bill Murray together like anything. It would be good news for them.

For more such amazing styles as well as idea you can browse through Fashionterest.