While the most awaited royal wedding of Meghan Markle and Prince Harry was on the top-notch. The next royal occasion will be witnessed soon with Princess Eugenie’s wedding with her long-term boyfriend now fiance, Jack Brooksbank. The news of engagement was announced by Buckingham palace. The engagement ring is as beautiful as the princess herself, it is featured with a pink padparadscha sapphire alongside it has small diamonds on the golden yellow band.She worked herself along with Brooksbank to work on the design of the engagement ring. If you look closely you might find it quite similar to what her father, Prince Andrew, gave her mother. There has been a buzz that Princess Eugenie is going to take insights for her wedding fashion from the royal wedding of her cousin Prince Harry. The family tiara will also be part of her attire.

People are always crazy about royal weddings because of the style of outfits. With the announcement of Brooksbank and Eugenie’s wedding, all eyes are awaiting the new wedding trend.

Here are some wedding photos that can be an inspiration for any royal wedding including that of the Princess this year.

10 Best Summer Sneakers: Make It Your Go-To Footwear This Season 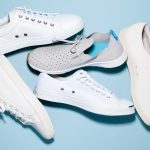 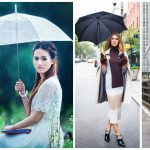