Maria Thattil stuns in ‘naked’ dress at The Logies. This former I’m Celeb contestant has mimicked the famous Thierry Mugler Met Gala look of Kim Kardashian. She wore the same kind of ‘naked’ dress at the Logies a few days back. The stunning beauty of Maria Thattil, the Miss Universe Australia of 2020, looked one of the best Hollywood glamours on that day while flaunting her body on the red carpet in a bold corset silhouette with drop sleeves and a spectacular white train.

Moreover, just like how Kardashian stunned everyone with a similar dress at the 2019 Met Gala, Maria Thattil also completed her look at The Logies with a wet hairstyle. And must say, she looked breathtaking! That’s why Maria Thattil Logies dress photos viral on social media now. People are praising her courage to carry such a dress so gracefully!

Maria Thattil said to her fans, “Introducing the naked dress by Con Ilio. It took vulnerability to stand in my naked truth when I came out on national TV during my first show – so I wanted a look that represents that. This custom gown is an ode to the power that lies in not hiding who you are. The nakedness of the dress stands for freedom, and unrestricted by attempts to shield the body, it represents power in celebrating yourself.” 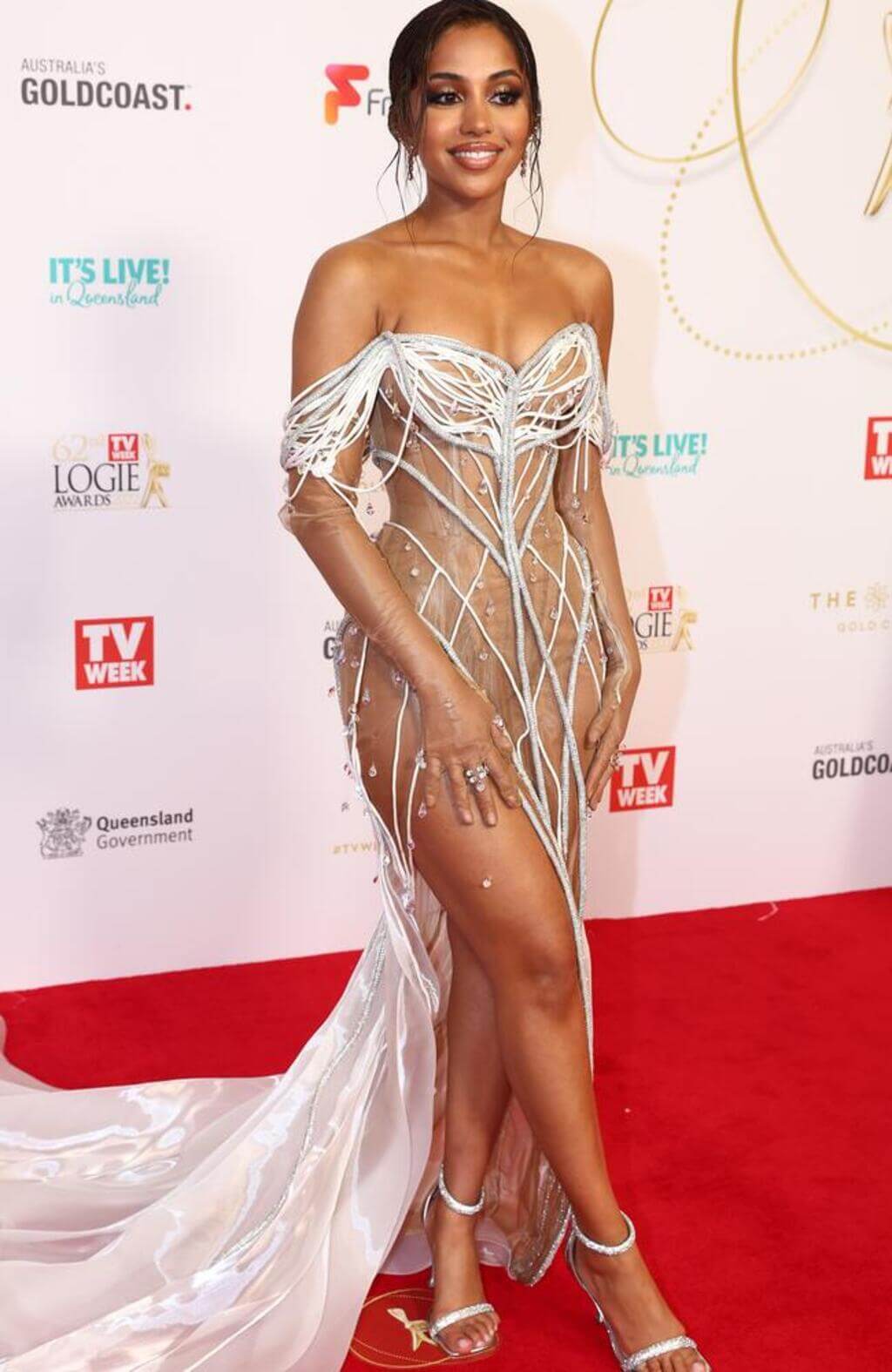 She continued, “I feel happy…the best way to describe it is I feel light and free. I carried a lot of internalized shame; I was worried people would find out, and I was worried about what they would say. So, in coming out, it is a wonderful thing to be able to say I am living my life with pride as opposed to living with shame. That shame has gone.” 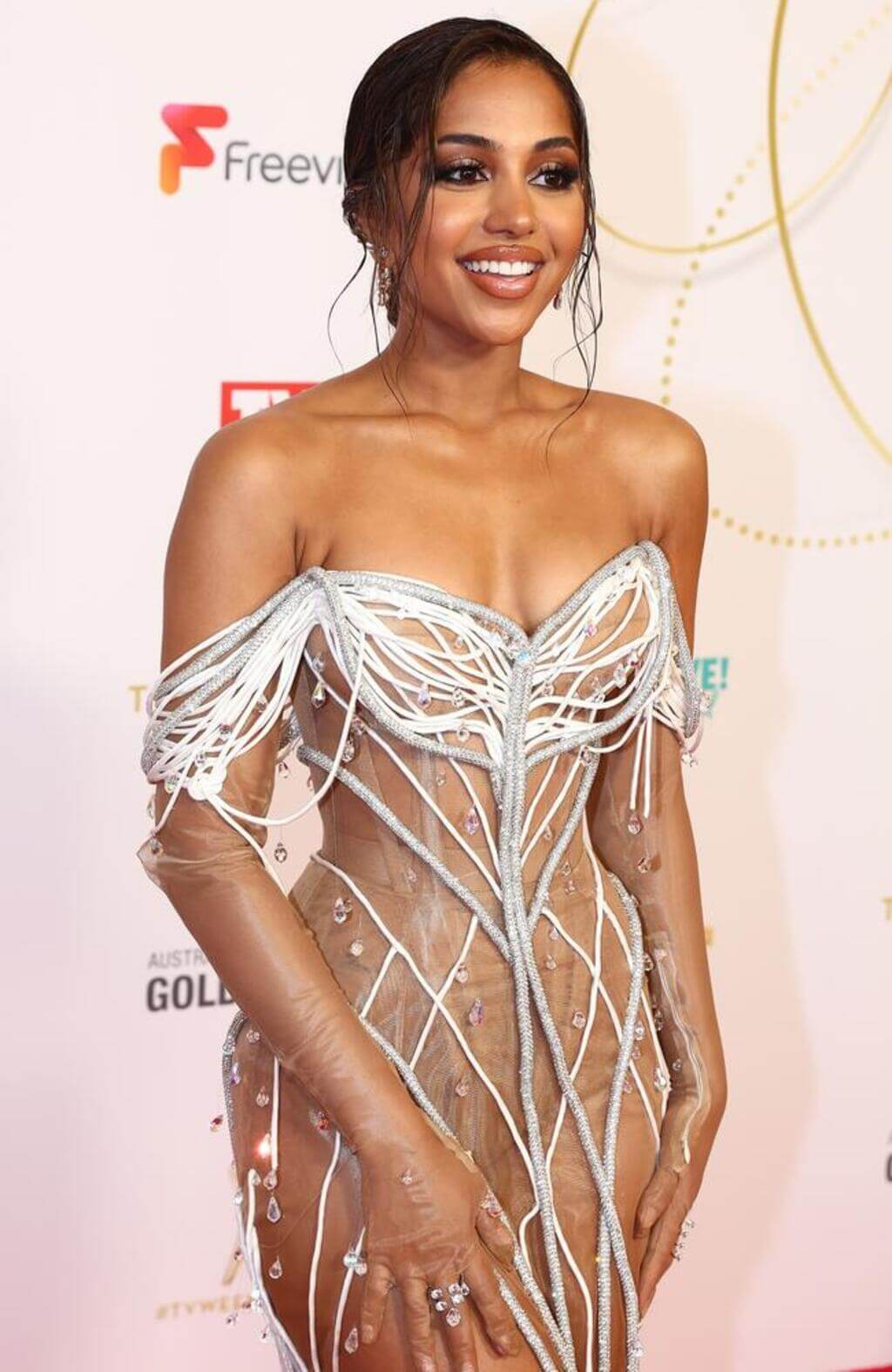 While discussing the naked dress she wore at The Logies, Maria has also opened up about her sexuality. She said that she dated both women and men in the past. She also added that she had always been hiding her sexuality and the fact about her being lesbian because she used to feel ashamed of this at school.

But now Maria Thattil dares to accept the reality in front of the world. And one great example of her boldness and transparency is the recent popular naked dress that she wore. It shows how confident she is in carrying such a daring dress. 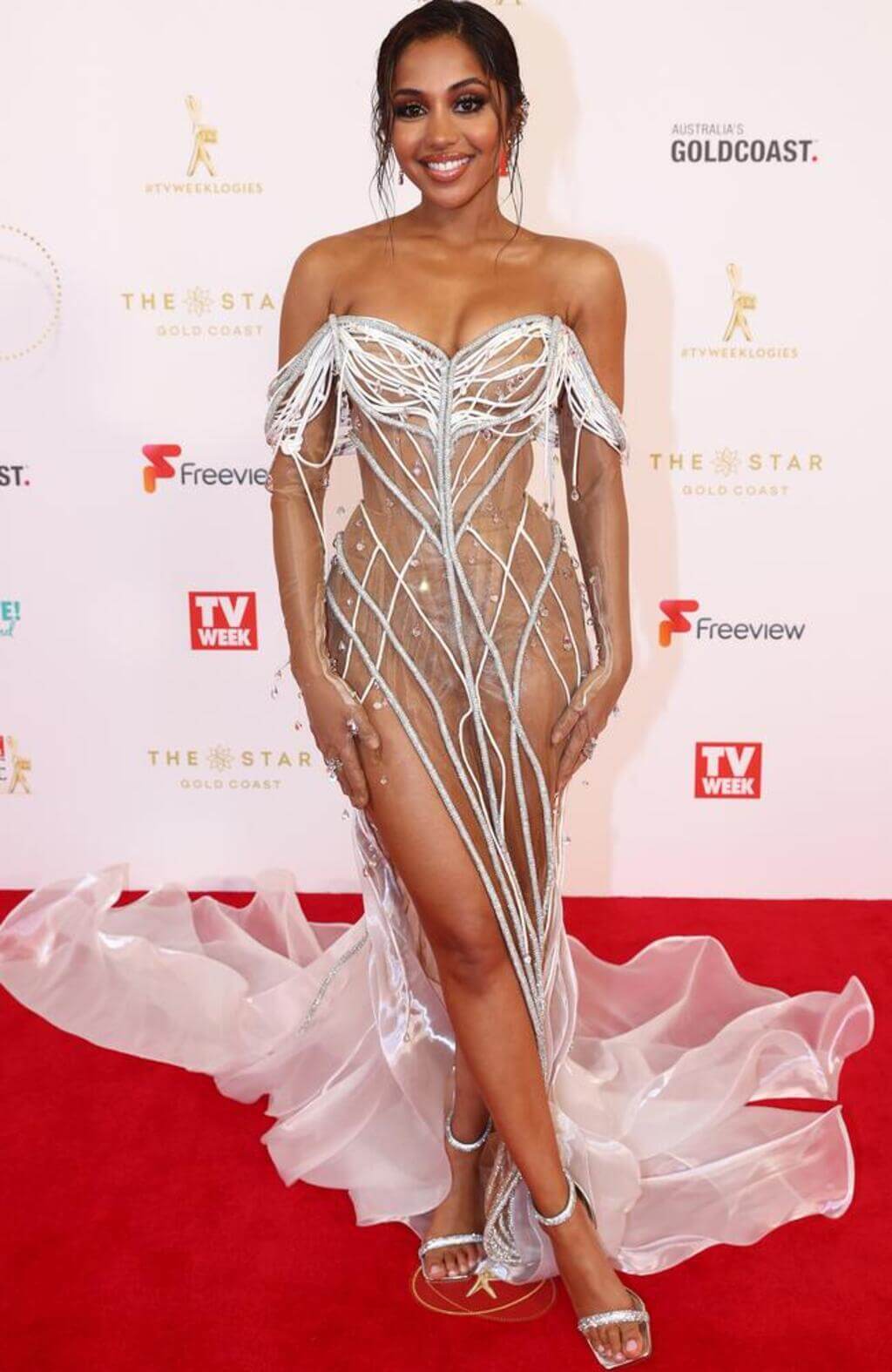 Maria Thattil said that she had grown up having crushes on girls in the school. But she used to invalidate that fact because of religious constraints, and most people surrounding her were homophobic. So, she used to feel shy and nervous about revealing her lesbian preferences in front of the world.

Maria Thattil said, “You don’t have a lot of bisexual visibility in popular culture, and so you don’t understand what it is.” 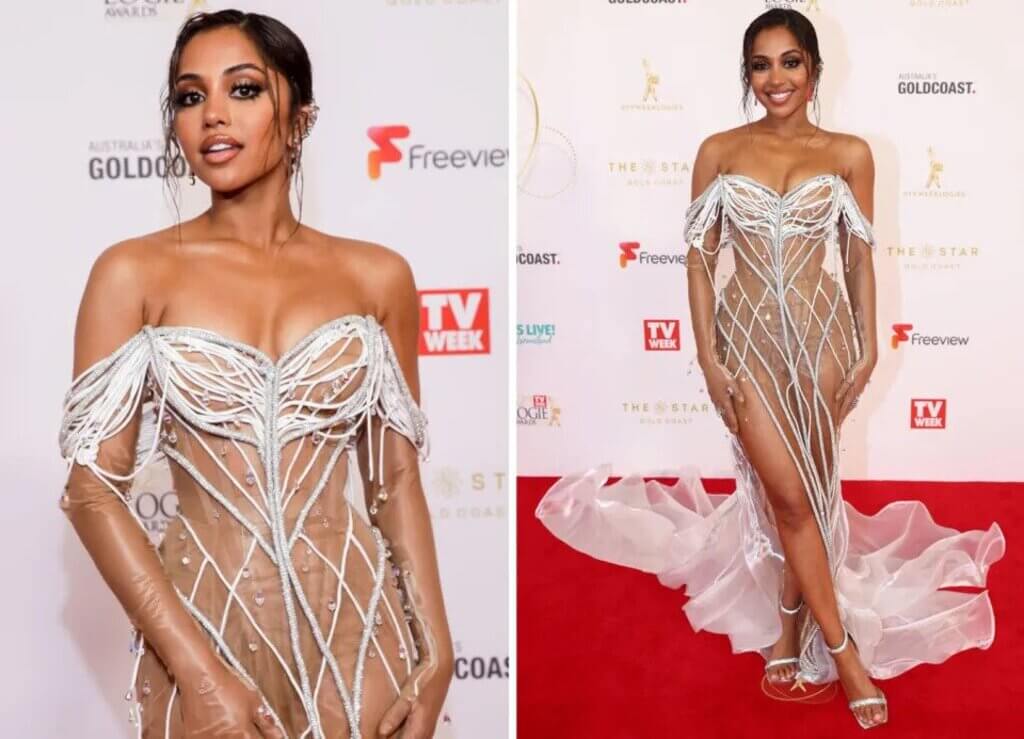 Maria further said it clearly that after she had ended her last relationship, now she is exploring and dating women who match her mindset.

According To Source: news.com.au